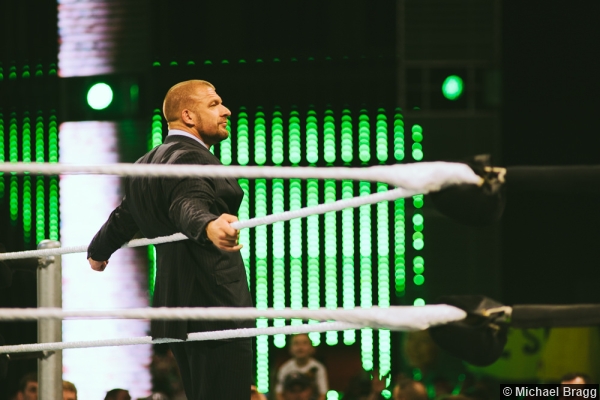 The 28th annual WWE Survivor Series will come to you, live on the WWE Network and select pay-per-view providers, tomorrow night, November 23, at 8/7c from the Scottrade Center in St. Louis, MO. The 28th installment of WWE’s second-longest running pay-per-view will feature one of the biggest matches in the event’s history as Team Cena faces Team Authority in a Traditional 5-on-5 Survivor Series Elimination Tag Match with The Authority’s power and Team Cena’s careers on the line. Plus, Dean Ambrose faces Bray Wyatt, the WWE Tag Team Titles will be defended in a Fatal 4-Way Tag Match, and the Divas Title will be on the line. Here is the final card for the event:

The Survivor Series Kickoff will begin at 7/6c (an hour before the pay-per-view) and will air exclusively on the WWE Network. In addition to the in-ring returns of Bad News Barrett and Fandango, the Kickoff will also feature the Kickoff Panel hosted by Renee Young and will feature Alex Riley, Hall of Famer Booker T, and special guest Paul Heyman.

In the Traditional 5-on-5 Survivor Series Elimination Tag Match between Team Cena and Team Authority, the first team to eliminate every member of the opposing team (either by pinfall, submission, count-out, or disqualification) will win the match. If Team Cena wins, then The Authority (Triple H & Stephanie McMahon) will no longer be in control of WWE, but if Team Authority wins, then every member of Team Cena, except for John Cena himself, will be fired the next night on RAW.

The Divas Traditional Survivor Series Elimination Tag Match will have the same base rules as the main event with the only way to win is by eliminating every member of the opposing team by pinfall, submission, count-out, or disqualification.

What do you want to see happen at Survivor Series? Post your comments in the box below.