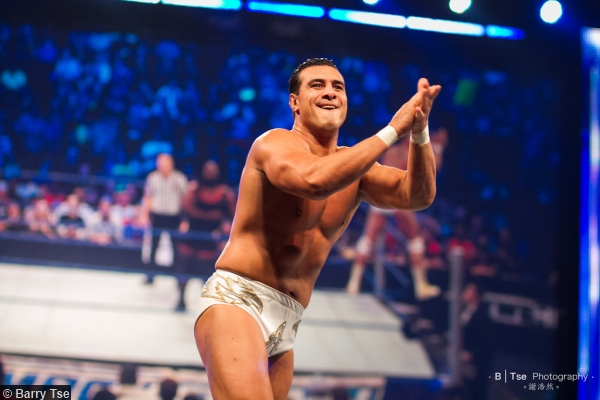 After his surprising release from WWE back in August after a backstage altercation with WWE’s social media manager, WWE tried to keep Alberto Del Rio (Jose Rodriguez) under a no-compete clause in the United States for a year, but the Wrestling-Online Newsletter is now reporting that the former WWE Champion has reached a settlement with WWE. Rodriguez (who now competes as “El Patron Alberto” in AAA and “Alberto” in Japan) revealed the news himself on Twitter, stating “Following my departure from WWE, an understanding was reached with regards to my future booking opportunities, we wish each other well in our respective future endeavors.”

Following his release on August 7, Rodriguez was permitted to make an appearance at AAA’s TripleMania XII on August 11, but was not allowed by WWE to compete. Rodriguez would continue to make non-wrestling appearances for AAA (with WWE’s permission) until September when an apparent agreement was made that let Rodriguez compete in AAA, but still not compete anywhere in the United States, and Rodriguez, now billed as “El Patron Alberto”, made his in-ring debut in AAA.

While the exact details of the agreement are unknown, what we do know is that WWE has agreed to lift their no-compete clause under the terms that Rodriguez not slander WWE and will not use the “Alberto Del Rio” ring name (as WWE owns the right to the ring name). Rodriguez is now free to compete for any wrestling company (regardless of country) he wants to compete for as, apparently, the first agreement between Rodriguez and WWE only allowed Rodriguez to appear and compete outside the U.S. and the second agreement allows Rodriguez’s total freedom to wrestle where he pleases.

Will you be seeing Alberto Del Rio compete on the independent scene? Post your comments in the box below.