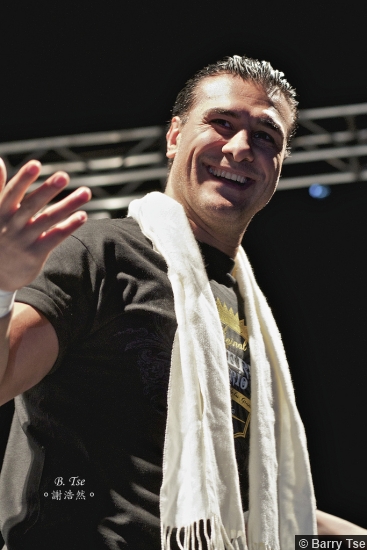 The Wrestling Observer Newsletter has revealed the reason behind Alberto Del Rio’s surprising release from WWE last week for “unprofessional conduct”. The “unprofessional conduct” refers to a backstage incident between Del Rio and WWE’s Manager of Social Media Live Events Cody Barbierri at last Tuesday’s SmackDown tapings. Apparently, someone made a remark to Cody Barbierri about cleaning his plate and Barbierri responded by saying that was Del Rio’s job and word of the remark made its way to Del Rio. The former WWE Champion then confronted Barbierri about the comment, demanding an apology before slapping Barbierri so hard that he was knocked to the floor. The problem between Del Rio and management came about as a result of how hard Del Rio struck Barbierri, not so much the fact that he physically assaulted him.

WWE apparently informed Alberto Del Rio that he would be suspended until after SummerSlam as a result of the incident, but the internal belief is that Barbierri threatened to sue WWE, leaving the company no choice but to release Del Rio from his contract. Triple H called Del Rio on August 7 to inform him of his release and “The Mexican Aristocrat” was reportedly furious over the news.

The news also broke this week that Alberto Del Rio will be appearing for the AAA organization at their TripleMania event this Sunday night (the same night as WWE SummerSlam), but, due to the standard 90-day non-compete clause WWE has in place for all of their active talent, Del Rio will not be allowed to compete at the event. Reportedly, WWE and Del Rio are still battling even after Del Rio’s release as the former Superstar is trying to get WWE to pay him for the 90 days he is not allowed to compete. It’s also worth noting that Del Rio will be appearing for AAA under the “Alberto Del Rio” ring name, which is owned and trademarked by WWE, so some sort of complicated deal must have been worked out between the two parties. Since TripleMania will not be shown on any television network, WWE is allowing Del Rio to appear as a “special guest” on the show and they are forbidding Del Rio from appearing for AAA on the El Rey Network and they will obviously not allow Del Rio to appear on TNA television or pay-per-view either (the rumor making the rounds right now is that TNA contacted Del Rio the day he was released and reportedly guaranteed that Del Rio would be the World Champion as soon as he joined the company). There was also a rumor that Rey Mysterio would be joining Del Rio at TripleMania, but Rey is still under contract to WWE, so WWE quickly shot down that idea.

Do you agree with WWE releasing Del Rio? Post your comments in the box below.