WWE Summerslam 2014: Matches ranked from the easily forgettable to the must-see 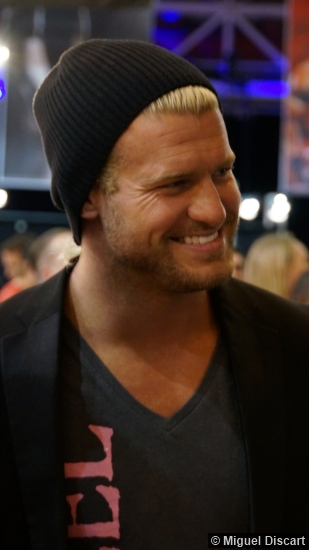 The opening contest was bound to be a fast-paced contest between two midcarders looking to get the show off to a hot start. Therefore, there were no two better choices than The Miz and Dolph Ziggler, and the Intercontinental Championship just added extra motivation for an awesome match. Miz’s initial promo about his movie star looks is generating the right heat, and those that chant “You Can’t Wrestle” towards him clearly haven’t watched a match he has had since 2009. As a heel, he can have as good a match as anyone when he’s on his game. Ziggler is always on his game, whoever his opponent, and whilst those backstage seem to consistently give up on him, he continues with the perpetual mantra of stealing the show at every opportunity.

The match was as you’d expect rapid, full of signature moves and quick counters. Miz’s concern over his face being hit leads to a number of amusing elements in his matches, as well as opens him up for some big moves. The superkick by Ziggler seemed to shock him as much as damage him. Undoubtedly, the best moment was a Fameasser by Ziggler that connected only to be immediately followed up by a Skull Crushing Finale. And, though that only lead to a two count, it still seemed that Miz would take the victory in his first title defence. So when Ziggler hit the Zig-Zag for the win, I was as surprised as anybody with the result. Is it the correct direction? Both are worthy and believable champions. Though it seems like the championship may be experiencing a period of “Hot Potato” after the unfortunate injury by Wade Barrett before Money in the Bank. Hopefully with Ziggler it will settle down for a few months.

Nevertheless, in spite of all the positives, this match was expected to rate much higher on the scale than this. Again, it was due to time constraints, as given the few minutes to excite the crowd gave little time for Miz to play as strong a heel champion as he should have been afforded, which made the whole match seem rushed. It went from the opening exchanges, to Miz applying a resthold, to them trading finishers in the space of eight minutes. So, it was very good for what it was, but they were not given enough time to steal the show as both would have wished to. 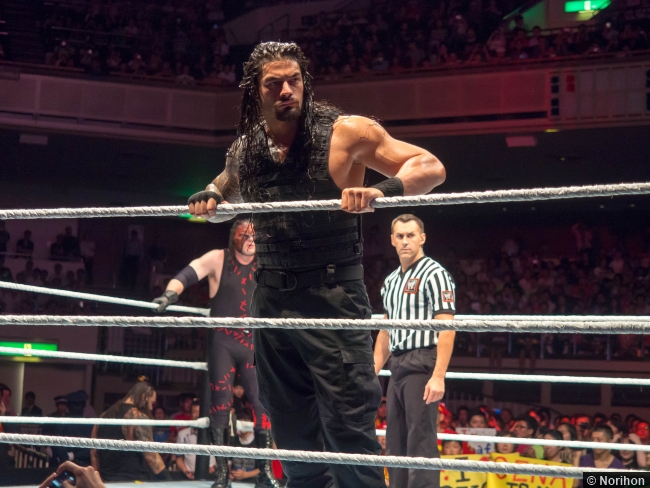 There is one reason why this match overtakes the Intercontinental Championship contest for the best of the night – Randy Orton. Roman Reigns is a great wrestler, and his look and power will certainly make him an effective face of the company in years to come. But Randy Orton is the perennial antagonist, the eternal heel, the ultimate nemesis. Orton is not only good, his work in the ring has become so seamless and flawless it has become the norm. It’s no longer remarkable, which makes any mistake he makes so much more obvious. Luckily, this did not occur in this bout, as both carried their weight to make a great match following some excellent but understated build in the past few months.

The match was what you’d expect, initially some aggression and great strength by Reigns from the outset, before some cunning by Orton was able to hand him the advantage, before the flurry at the finish. Sounds pretty standard, but everything was performed well with little to fault. Nevertheless, the best thing about this match was that despite how huge the WWE has built up Reigns as a destroyer, Orton was not made to appear as a stepping stone. The flow of the match gave both superstars opportunity to perform and excel in the ring, and Orton was given ample time to throw Reigns about instead of it being one way traffic. This definitely illustrated that in years to come, these two could have a spectacular feud over the WWE championship.

The result, though glaringly predictable, was well orchestrated. There was little doubt that Reigns would walk out the victor in a huge Summerslam encounter. But, he had to fight for it, with Orton throwing everything he could at his rival, including a terrific counter of his rival’s spear into a powerslam, followed by an RKO to a mid-air Reigns. Yet, Orton’s missed punt proved costly as Reigns sprung off the ropes and connected with the vicious spear for the win. This night could be a huge launching pad for Reigns’ rise to the top of the company. He will one day be champion, and he could say that his run towards the belt began with this match. But, he shouldn’t forget the work of sparring partner that helped him get there on the biggest night of the summer. 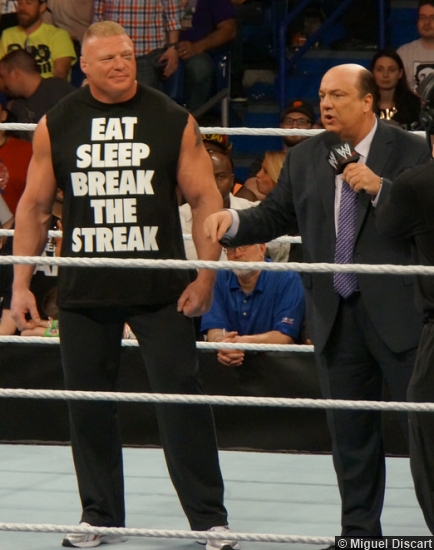 This was one of the most unique, odd and compelling main events in recent memory. Most matches, especially main event championship matches have a similar flow, where the face starts out hot, before a mistake or cheap tactic gives the heel control, before the emphatic comeback, trade of signature moves, and one of a number of finishes. It’s standard and predictable, but its successful formula. This “match”, if it can be even called that, did not fit this winning mould. It was an absolute demolition derby, complete one-way traffic that left one Beast the new champion, and another a broken, battered, and bruised former titleholder. This was a squash match for the main event of the second biggest PPV of the year, and it was awesome.

The match was less than thirty seconds old when Lesnar connected with the F-5 on Cena for a long two count. That set the tone for a long and gruelling night for the Cenation leader. The statistics read fifteen German suplexes connected on Cena, and almost all of them landed square on the back of his neck. It was becoming painful to watch, and the wait for the seemingly inevitable Cena comeback became longer and longer. Every punch, suplex, knee to the gut pushed Lesnar one step closer to a dominant victory, and caused Cena to become consistently acquainted to the canvas. It appeared as though Lesnar was not interested in getting a pinfall victory, but instead would take the most euphoric pleasure from getting Cena to throw in the towel. To his credit, Cena kept getting up, and despite the inevitable loss that was impending, this match demonstrated his fortitude and never say die attitude more than any match in his storied career.

But, it was arguably all for naught. Cena connected with an AA, Lesnar kicked out, and then sat up, akin to the Undertaker, whose streak he conquered at Wrestlemania (unless you forgot). Any flurry of punches to Lesnar was immediately shot down and suplexed into oblivion. And, a last gasp attempt to force Lesnar to tap with the STF did not hold firm, as Lesnar turned him over and beat him down for even thinking to challenge his indomitable force. One more F-5, and there was a new champion in WWE. Though this was by no means a technical classic, it was an incredible spectacle, and the story it told was better than any other the night produced. Cena and Lesnar showed why they sit atop the wrestling world, with the latter now the head of the totem pole. Lesnar’s part-time schedule now adds an exclusivity and speciality to both the belt and its champion that it has never carried before, and we are certainly in for an interesting ride with the Beast in charge. 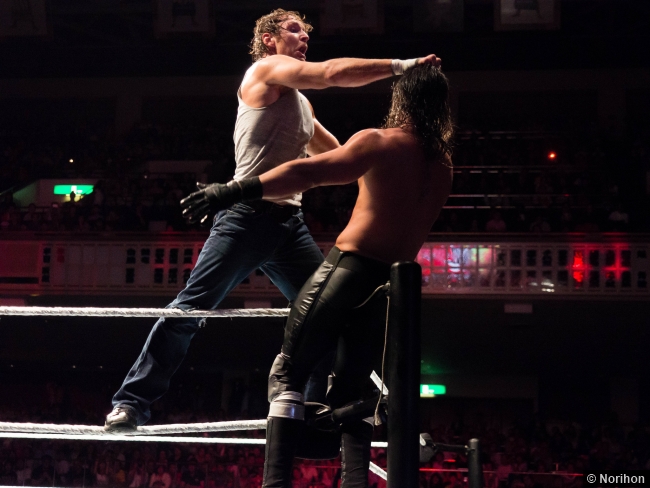 The WWE Championship match was great, but it was two of the next generation of top stars that stole Summerslam. And they did it in, of all things, a lumberjack match. A lumberjack match adds unnecessary restraints to a contest more often than not, surrounding the ring with a number of mid-card superstars who do little but throw superstars back into the ring immediately or after a few punches, before it all ends in a mass brawl. It is as predictable as it gets, and only somebody as mentally unstable as Dean Ambrose would choose it for a great match. But he and Seth Rollins not only reached every height of the “How You Do A Lumberjack Match” handbook, but they successfully burnt that to the ground and wrote an entirely new edition in ten minutes of frantic action.

There were few holds and technical wrestling from the opening bell, with fists flying in the opening exchanges. The visceral hatred between these two was evident throughout the entire bout, and that feeling extended to the superstars on the outside. The commentary team were quick to promote that almost all the superstars surrounding ringside were at one time or another victims of the Shield’s actions, and so there would be no love shown towards the participants in any shape or form. Ambrose in particular was quick to get the first blow in, and whenever he went to the floor he looked to take out any of the lumberjacks before they could do the same to him. But, after the usual back and forth, the high flying antics of the two changed the landscape of the match, as they aggressively assaulted each other on the outside. The lumberjacks, though many in number, could not contain this severe animosity, and kept getting caught in the crossfire of both superstar’s aggression, until they escaped into the stands.

Director of Operations Kane attempted to get the lumberjacks to haul both superstars back into the ring, and as Ambrose was brought back, Rollins attempted to break for the exit. He was eventually stopped, being carried back to his fate by the entire locker room, only to be met with a flying Ambrose, his crossbody knocking down upwards of twenty men. The chants of “This is Awesome” was well-earned by a the excellent performances of these two incredible athletes. A distraction by Kane allowed Rollins to hit Ambrose with his Money in the Bank briefcase for a cheap victory. But, the real winners were the audience for being able to witness to superstars with unbelievable chemistry giving it everything they have to send a message. And the message is that these two will be the next generation’s main event talent, and you can bank on that. However, before that, we can at least look forward to more brilliant matches in their current feud, and I’m certain the briefcase will be on the line at some point.