With WWE’s second biggest shindig of the year just around the corner, I thought it would be fun to take a look at several predictions that are nearly guaranteed to happen. These are not all predictions of outcomes, and the slip of  paper  I was covertly given full of insider information was thrown in with the wash, but I thought I’d have a go at it anyway:

You’ll feel a little patriotism (and a little dirty after) 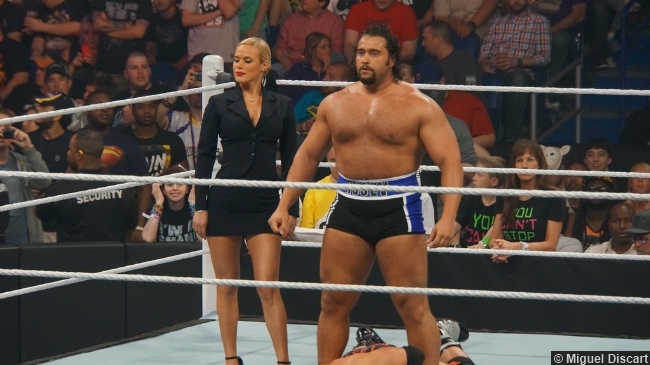 Feeling patriotic is good. Watching Lana overcome the odds by waltzing to the ring so effortlessly in that tight skirt and high heels is good. Rusev v. Swagger (if Battleground was any guide) will be good. But whether you allow yourself to be wrapped in those good-time emotions or not, chances are you’ll have a bit of a guilty conscience by the end as well. If only Russians didn’t make for such great villains! 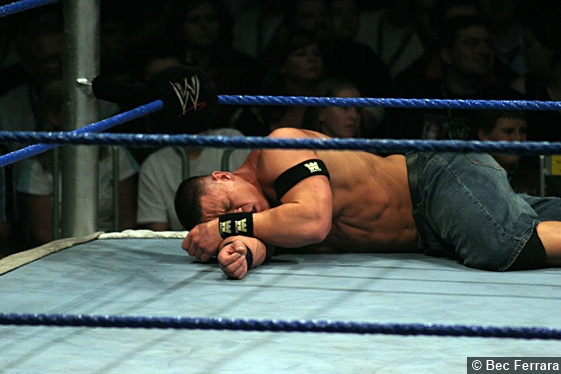 It seems a broad range of fans and insiders believe John Cena should not and will not retain his title at SummerSlam. With that said, I’m willing to bet that somewhere during his “beating of a lifetime” even Cena’s biggest detractors will get a small case of the feels for the 15-Time WWE Champion. How fast we recover our cynicism will be determined on a case-by-case basis (see: “You Still Suck” chants from SummerSlam last year against Bryan). It speaks to Cena’s ability to rally support – something he should find easy to do against the almighty force that is Brock Lesnar.

The best WWE Divas match of the year will happen 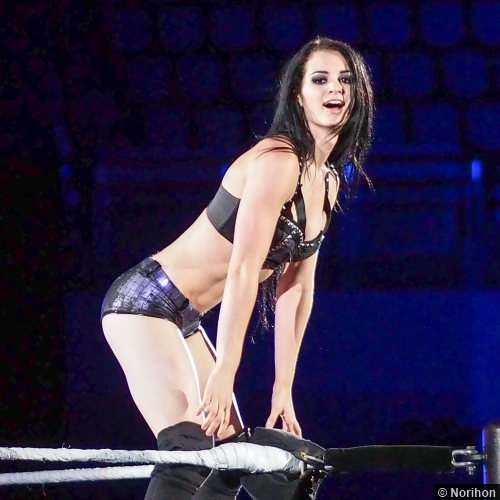 #SorryNotSorry will be runnin’ wild come Sunday, and rightfully so. On paper, AJ and Paige should rival Emma and Paige from NXT Arrival earlier in the year for best Divas MOTY. They are two of the most talented female wrestlers featured on the roster, and as frenemies, are both in their correct good girl/bad girl roles. Yes it’s a Divas match, but don’t be surprised if you hear “This is Awesome'” from the crowd if this is given the time it should.

A title will not change hands 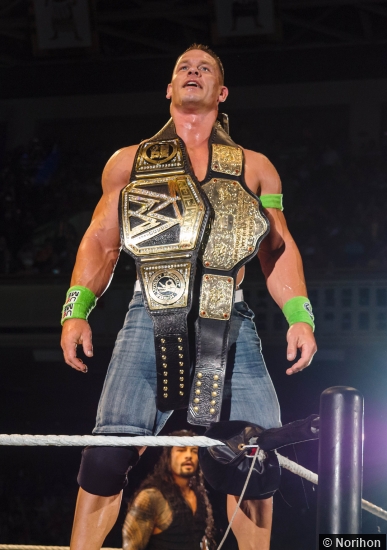 Not since 2003 has SummerSlam failed to crown a single new champion for one of its exceedingly long list of now extinct, endangered, or still supported titles. This decade-long run, I believe, stands a very good of coming to an end Sunday night. I’m confident the Intercontinental Champion will take care of Miziness against Ziggler, even as Dolph’s been picking up steam recently. Do the Usos or Sheamus have challengers? Sorry, just thinking aloud here…back from a bit of research, and no, it appears they do not. That leaves only 2/5 of the belts vulnerable at SummerSlam. Good starting odds, right? What’s more – the vulnerable gold in question hangs from the shoulders of the two most dominant champions of their respective divisions in recent history. Does AJ driving Paige even more crazy with another win and LolCenaWins seem too far out of the question? Not for me.

There’s lots of other things happening this year at the Biggest Party of the Summer™, most notably Seth Rollins vs. Dean Ambrose, which could very well be the best match on the card. Conversely, Brie vs. Stephanie McMahon promises to be so bad you can’t bear to turn away, no matter how much you said you would. It’s nearly impossible to top 2013, but this year’s show still should make for good popcorn eating. Seriously though, go back a watch 2013 again, great stuff.