Roman Reigns is the golden boy of WWE – he’s big, looks good and moves well, he’s a sure-fire future WWE champion, according to The Authority. Then you have Seth Rollins, the ex-architect of The Shield, who’s been given this monster push! Assuming The Shield is on its last legs and there’s no intention of bringing a third member in (and even if another superstar does join), here are five reasons why Dean Ambrose is going to make an excellent (and more interesting) champion than his aforementioned Shield bros. 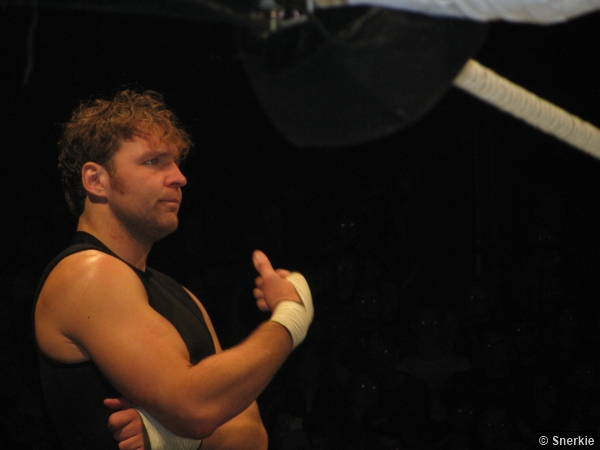 The man’s gimmick is craaaazy, and in WWE, crazy really sells. Dean Ambrose is just entertaining to watch – whether he’s slapping himself, or slapping somebody else, Ambrose has the same kind of unconventional pull that has made Mick Foley, Brian Pillman and Bray Wyatt so popular. It’ll be interesting to see where WWE writers take the unbalanced angle with Ambrose, as it could all go a bit wrong, but in an age where Wyatt, Bryan, Raven and Foley can be stars, as they say, anything can happen. It’ll be interesting to see if Ambrose adopts his more unbalanced, mental Jon Moxley gimmick from CZW. Google it, it’s well worth your time.

When you’re Dean Ambrose and you come from The Shield, you’re set up for big things. When you’re The Rock and you break from The Nation of Domination, you’re set up for big things. When you’re Randy Orton and you break from Evolution (the first time around), you’re set for big things. You get the gist. Excusing Dean Ambrose’s prolific time as Moxley in CZW (again, Google it!), he’s in a very good position right now. If The Shield does get a new member (whether it’s CM Punk or an NXT grad), then Ambrose’s profile will continue to grow steadily as part of the strongest unit in WWE history, but if in a few months he breaks out on his own (as a heel or face), the sky is the limit.

Ambrose has all the skills of Pillman, Roberts, Raven and Austin combined – it’s all about the attitude. Ambrose is like The Joker (ledger’s, of course) of professional wrestling – the unbalanced, flinching, unpredictable and brooding wordsmith that could be the new voice of the voiceless if given the right platform. It comes down to the fact, that real wrestling fans’ hair stands up when Ambrose takes the mic – the way he moves, and the way his voice fluctuates motivates the audience. It’s about the emotion and the power that Ambrose brings, and in my view it’s a similar passion to that of Brian Pillman and Jake Roberts. Perhaps Ambrose is destined to become the entertainer that those two athletes could have been if they controlled their habits. That’s exciting.

Extreme Ambrose violence. The athlete’s anger and drive comes across when he wrestles – he’s like a rabid dog, more like Pillman than anyone before or since – the dives and the head-smashing finishers have edge. As a wrestler, you’re never quite sure if Ambrose wants to win, or just tear your damn head off, and there’s something way more intimidating about a smaller dude who won’t quit and looks like he actually is going to murder you, than a bigger dude who is tough and just looks like he might kill you (Reigns). 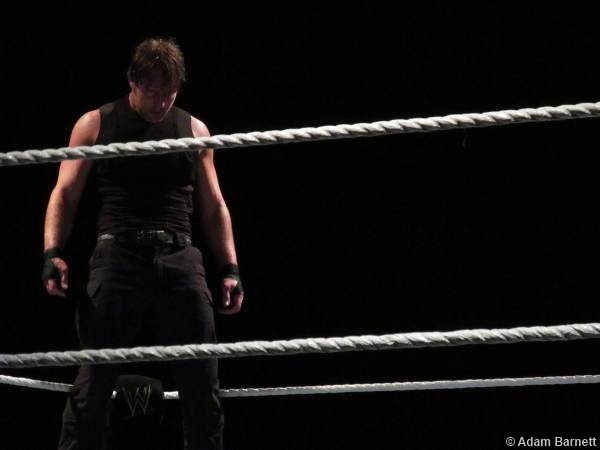 Best case scenario, WWE do with Ambrose what they did with Bryan, Punk and Foley. They take a big gamble. If that happens it’s gonna work. Is there anybody inside (or outside) The Shield better equipped to be WWE Champion in the near future? Nope.

I welcome your feedback, (and any hatred)!