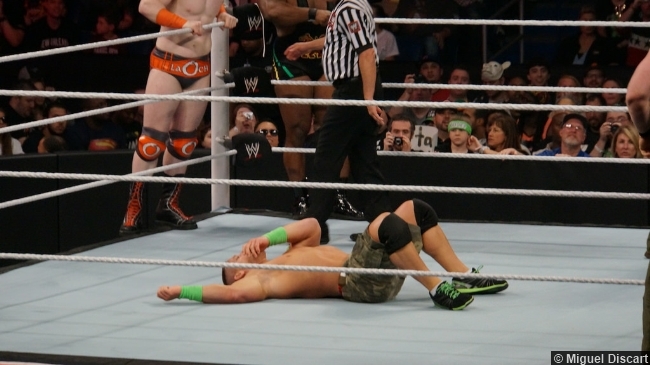 The second annual WWE Payback will come to you, live on pay-per-view and the WWE Network, on June 1 from the Allstate Arena in Chicago, IL. As made official on SmackDown, John Cena and Bray Wyatt will face off in a Last Man Standing Match at the event. Here is the updated card:

In a Last Man Standing Match, the only way to win is to beat your opponent to the point that they are unable to get to their feet by the referee’s count of ten. The match has no pinfalls, no submissions, no disqualifications, and no count-outs.

What do you think of the Last Man Standing Match? Post your comments in the box below.