Bray Wyatt’s character is going from strength-to-strength, he’s WWE’s ultimate anti-hero right now, and he’s set to become a major star and a championship player (or champion) by the end of this year. Here are just five reasons why Bray Wyatt holds the WWE Universe in his hands…

Like I said before, Bray Wyatt is the ultimate anti-hero; people love to get behind these types; Stone Cold (early in his career), Mankind, Raven, The Undertaker (during the Ministry days) and more. Interestingly, Wyatt’s gimmick bares more than a passing resemblance to a few of these wrestlers’. Bray is intelligent, he gets in wrestlers’ heads, and he might have just created the most venomous (pun intended) yet accessible character since Jake “The Snake”  Roberts was in his prime; people got behind the mind games then, and they’re behind Bray’s now. History repeats a lot in wrestling, this is no different – let’s hope Bray is gifted a few more titles though.

Bray has a real grasp of how to build a great promo and storyline around a “creepy” theme, using locations and his own cryptic words —  incidentally, it has been reported that Bray writes his own promos. Bray Wyatt’s musings (and actions) and the impact of them can be most likened to Undertaker during the Attitude Era, particularly in his role as the Dark Lord of The Ministry of Darkness. Not just because Bray has strange disciples with him, but because during this time, Undertaker would kidnap athletes (most notably Phineas Godwinn who became Mideon, and Mabel who became Viscera), just like Wyatt has done in the past with Kane, and more specifically Daniel Bryan/Wyatt. The WWE Universe is lapping up Bray’s promos just like they did with Taker’s; they’re dark, gripping and as Bray gets more popular, they’ll just get better with bigger props and even more fan pops – yes, there will be louder chants of the song that could take him to cult-like popularity.

Bray has had quality matches with the likes Daniel Bryan, John Cena and more, these matches are exciting fans; from the peculiar mannerisms to the slow methodical deconstruction of opponents. Onlookers always seems to really enjoy Bray’s crab, and every single time Sister Abigail is hit there are wild cheers; it’s because of this, many are anticipating bigger matches for world championships in the future. “CM Punk” and “Yes!” chants are being replaced with a chorus of “He’s got the whole world…”, while Bray wrestles, that’s a great sign of someone that can command a crowd with his actions, not just his words. Cena/Wyatt at WrestleMania was arguably Bray’s most exciting encounter to-date, even though it ended in loss; it was back and forth and it showed Wyatt’s endurance, giving the fans something to root for; that’s set to continue after his win at Extreme Rules. 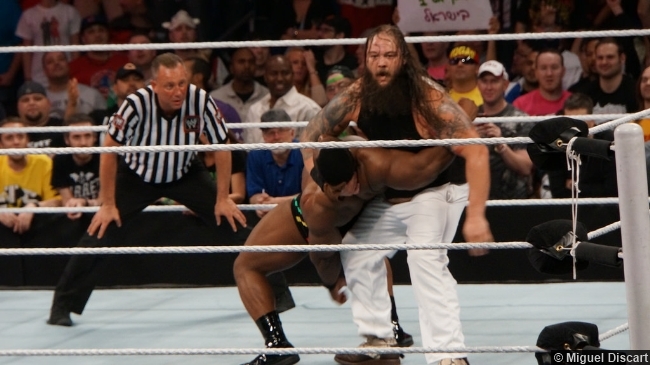 While they may not be quite as dominating as The Shield, The Wyatts have real power over the Universe. People have always gotten behind a faction of underdogs – look at The Flock in WCW or the aforementioned Ministry of Darkness. It’ll be no time at all until we see Erick Rowan and more specifically, Luke Harper do (very) well on their own, but for now they play Wyatt’s lapdogs fantastically. Wyatt is the WWE’s chaotic general right now, the Family are his fitting dominant enforcers, and easily my next top pick for Tag Team gold; they’ve never had it, and once they do, it will give them their own reputations to run with – trust me, The Wyatts – if they’re booked well – could rule the WWE by the end of 2014. 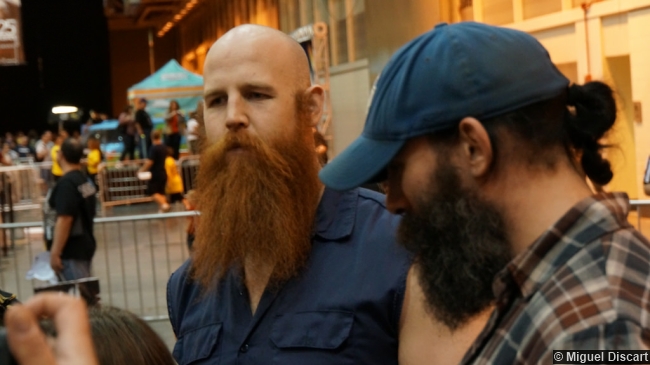 The Wyatts’ popularity is at an all-time high right now. With Bray Wyatt as a future contender for the World Championship, and even sooner than that, Luke Harper and Erick Rowan will doubtless be going for the Tag Team gold, things are looking good. With the mighty Undertaker – who we’ve referenced more than a few times in this article – closing out his career, WWE needs a new Big Evil, The Eater of Worlds is perfectly positioned to follow in the ominous footsteps of The Deadman and scare the living daylights out of superstars for years to come.

While at the moment it’s difficult to ascertain whether The Authority is into pushing Wyatt to main event status on a regular basis, due to his growing popularity and his lineage (his dad is IRS and his uncles are Kendall and Barry Windham) all the initial signs point to a big yes, and once (and if) The Family break away, it’s not too difficult to see a career for them matching that of The Acolytes’ Ron Simmons and JBL. Of course, this is all speculation, as they say anything can happen in WWE; but with the Universe following the buzzards right now, I wouldn’t bet against any of these ideas.

Any thoughts? Comments below, please!