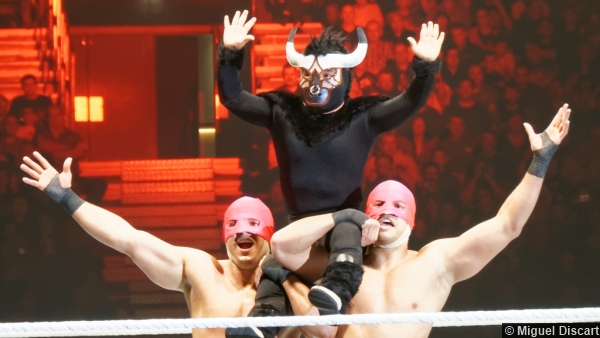 As announced on SmackDown, the most famous Puerto Rican wrestler in history, Carlos Colon, will join The Ultimate Warrior, Jake “The Snake” Roberts, Lita, & Paul Bearer in this year’s class of the WWE Hall of Fame. While Carlos Colon only made one appearance for the WWE (in the 1993 Royal Rumble Match), Colon has made a name for himself all around the United States, not to mention Puerto Rico. In addition to winning virtually every championship available in the Puerto Rico-based World Wrestling Council (including an unreal 26 reigns as WWC Universal Heavyweight Champion), Carlos Colon is also the patriarch of the Colon family, which includes former WWE Superstar Carlito and current WWE Superstar Diego, both of which are former tag team champions in the WWE. The WWE Hall of Fame Induction Ceremony will air exclusively on the WWE Network, live and in its entirety, on April 5 from the Smoothie King Center in New Orleans, LA.

Who do you think should be added to the Class of 2014? Post your comments in the box below.