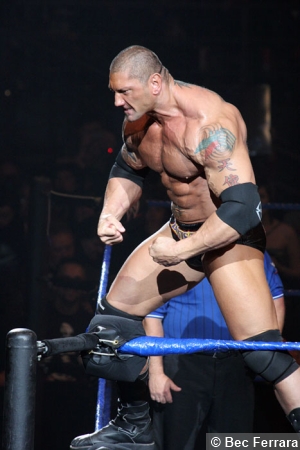 The 27th annual WWE Royal Rumble will come to you, live on pay-per-view, tomorrow night, January 26, at 8/7c from the Consol Energy Center in Pittsburgh, PA. In addition to the annual 30-Man Royal Rumble Match, the WWE World Heavyweight Championship and WWE Tag Team Championship will be on the line. Here is the final card for the event:

Who do you want to see win the Royal Rumble Match? Post your comments in the box below.