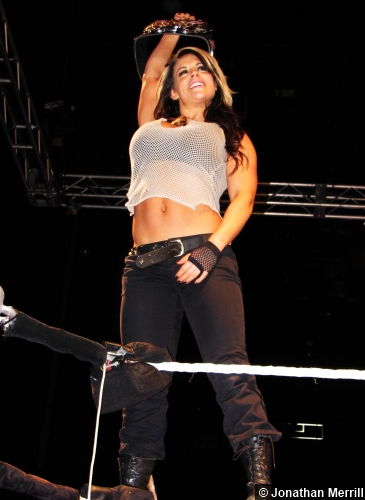 The former body builder signed a development contract with WWE back in 2010 and was a part of Season three of NXT where she won The Rookie Diva contest. With current Funkadactyl member Naomi coming in second.

Her last real feud was with AJ Lee last year when she dropped the title to Lee following their match at the Payback pay-per-view.

Since then the Divas division has seen the rise of the Total Divas (The Bella Twins, The Funkadactyls and Natalya) and Kaitlyn has only been competing in filler tag matches where no real rivalries were formed.

“Today is bittersweet. I’ve officially left @WWE on my terms. Much Love to WWE and all you guys.

There’s big things on the horizon for 2014. I’ll keep you all updated.”

WWE  are yet to release an official statement.