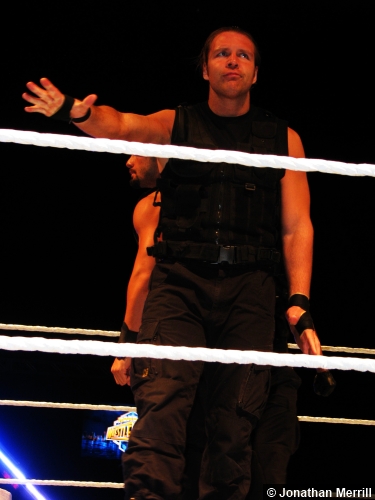 The 55th edition of WWE Main Event came to you from the Sprint Center in Kansas City, MO. Two nights after The Shield’s Seth Rollins & Roman Reigns lost the WWE Tag Team Titles to Goldust & Cody Rhodes in a No Disqualification Match on RAW, the sole remaining champion of The Shield, Dean Ambrose, would defend his United States Championship against “The Show-Off” Dolph Ziggler.