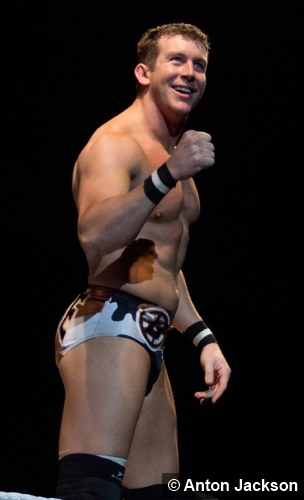 WWE.com has broken the news that third-generation Superstar Ted DiBiase (Ted DiBiase, Jr.) will be departing the WWE after his contract expires on September 1. DiBiase has opted not to renew his contract and will be focusing on projects outside of sports-entertainment, wanting to spend time with his family and take up an executive position for the textbook e-commerce website, CollegeGarageSale.com. DiBiase’s last appearance for the WWE was back in May on an episode of WWE Superstars and his last television appearance was in March of last year on SmackDown.

Ted DiBiase signed with the WWE in 2007 and remained in developmental until May 26, 2008, when DiBiase made his main roster debut. Shortly after this debut, DiBiase aligned himself with Cody Rhodes and, together, they won the World Tag Team Titles in DiBiase’s first pay-per-view match. Rhodes & DiBiase would ultimately join up with Randy Orton to form the stable known as Legacy. After a couple of years, the group would dissolve, culminating in a Triple Threat Match between Orton, Rhodes, & DiBiase at WrestleMania XXVI, which was won by Orton. DiBiase would then go on to a solo gimmick similar to his father, “The Million Dollar Man” Ted DiBiase, even bringing back the Million Dollar Championship for a short time and aligning himself with Maryse. DiBiase would ultimately become a face character for the first time in his career during a feud with former tag team partner Cody Rhodes, who he feuded with over the Intercontinental Title. The face DiBiase would become all about the fans, who he dubbed the “DiBiase Posse”, who he supposedly had barbecues with prior to WWE television tapings. In his WWE career, Ted DiBiase is a two-time World Tag Team Champion (with Cody Rhodes) and a one-time Million Dollar Champion (though the Million Dollar Title is not officially recognized as a championship in the WWE).

Do you think Ted DiBiase made the right decision in leaving the WWE? Post your comments in the box below.