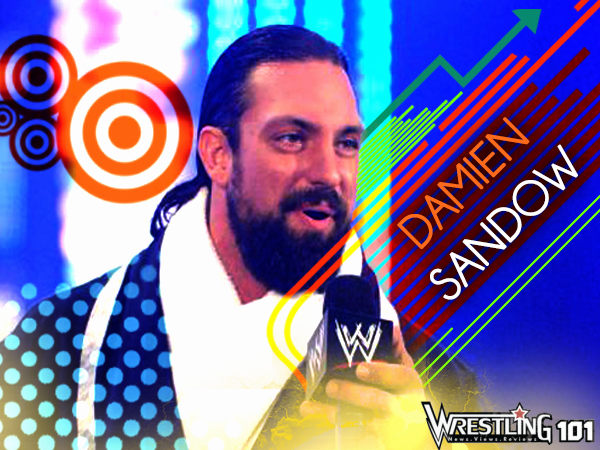 Money Off The Bank.

The 727th edition of WWE Friday Night SmackDown came to you from the American Bank Center in Corpus Christi, TX. SmackDown would be home to a first time ever main event as former WWE and ECW Champion “The Whole Damn Show” Rob Van Dam would go one-on-one with World Heavyweight Champion Alberto Del Rio in a non-title match. Plus, with his blockbuster match against “The Beast” Brock Lesnar just a few weeks away at SummerSlam, “The Best in the World” CM Punk would make an appearance on SmackDown.

With his war against “The Beast” Brock Lesnar three weeks away at SummerSlam, “The Best in the World” CM Punk would make an appearance on SmackDown. CM Punk says that he got the match he wanted with Brock Lesnar, saying that a lot of people think that he fell right into Paul Heyman’s “trap”. Punk says that Heyman taught him to “target” an opponent’s weakness and hammer it into the ground and that is what he is going to do come SummerSlam. Punk continues, saying that Brock Lesnar’s “biggest weakness” is that he trusts Paul Heyman, while Heyman’s biggest weakness is his “ego”! Punk says that he is not going to pretend that Paul Heyman did not stick his neck out for him and help him get his foot in the door in the WWE, but Heyman did it for himself, saying that Heyman put his “stamp of approval” on CM Punk so that he could take credit for all of Punk’s successes. Punk continues, saying that Heyman wanted it all and, at SummerSlam, he is going to take “everything” from Heyman, saying that he is going to repeatedly kick Brock Lesnar in the face at SummerSlam until Brock is nothing but a “pile of failure”. Punk then begins to address Paul Heyman, but “The Best in the World” is unexpectedly interrupted by “The Lord of Dance” Fandango, along with Summer Rae. After having to watch Fandango & Summer Rae prance to the ring, CM Punk was in an even worse mood than he was before the interruption as Punk pops Fandango in the head with his microphone before dropping the dancer with the GTS in the middle of the ring!

The new alliance formed out of necessity was in action on SmackDown as “The World’s Strongest Man” Mark Henry would team with the second-generation twins of Jimmy & Jey Uso to face the team of Wade Barrett and The Prime Time Players in 6-Man Tag action. In the end, it was Mark Henry flattening Titus O’Neil with the World’s Strongest Slam en route to picking up the win for himself and Jimmy & Jey Uso.

Backstage, World Heavyweight Champion Alberto Del Rio confronts SmackDown General Manager Vickie Guerrero, saying that he should get the same opportunity that Brad Maddox gave WWE Champion John Cena over on RAW as he should get to hand-pick his opponent for SummerSlam. The GM agrees and says that she will give Del Rio a week to think about who he wants to pick. This brings Rob Van Dam into the conversation, who tells the World Heavyweight Champion that he should get a shot at the title, but Del Rio tells the veteran that he will have to prove himself to earn a shot. The always relaxed RVD has no problem with this, saying he will beat Del Rio and get his title shot later tonight.

Then it was time for a first-time-ever match as “The Whole Damn Show” Rob Van Dam squares off with World Heavyweight Champion Alberto Del Rio in a non-title bout. During the match, Rob Van Dam would take it to the champion, but Alberto Del Rio would back into the corner, repeatedly telling the referee, in Spanish, that he could not take any more punishment. Trying to figure out if Del Rio was going to forfeit the match, the referee would keep RVD from attacking the champion and, with the referee literally holding RVD back, Del Rio would pop “The Whole Damn Show” with a straight kick to the jaw, scoring the quick pinfall over RVD to pick up the win and becoming the first man to defeat Van Dam in one-on-one action since his return.

With Big E. Langston in tow, Divas Champion AJ Lee would appear on SmackDown to deliver an unheard of “State of My Mind” Address! AJ Lee states that she is out there to clear the air, saying that everyone thinks that she is on the brink of a mental breakdown due to her rivalry with Kaitlyn, as well as her breakup with Dolph Ziggler. AJ claims that she is perfectly “fine” and that is because she has the Divas Title, saying that she will “forever be the savior” of the Divas division, claiming that she will never lose the Divas Title. In an attempt to prove that she is fine, the Divas Champion produces a set of keys that go to Dolph Ziggler’s house, prepared to give them away. This brings out Dolph Ziggler, who says that his locks have been changed a couple of times since AJ Lee. AJ then presents Dolph’s traveling case, but Ziggler scoffs at the Divas Champion’s theft, saying that everything in the ring right now is “replaceable”! AJ Lee then dives into Dolph’s personal belongings, pulling Ziggler’s wallet out and slicing up his driver’s license with a pair of scissors. Dolph doesn’t sweat it, however, saying that spending a day at the DMV would be a picnic compared to a day with her. Intent on getting to her ex-boyfriend, AJ Lee then takes the scissors to Dolph’s passport, but Ziggler says that there is a girl who works at the passport agency a couple of blocks from his house, saying that she owes him a favor for something that he taught her! AJ Lee then cuts up Dolph’s credit card and rips Dolph’s money apart before trashing the clothes and the other contents of Dolph’s bags while the crowd chants “you’re a psycho” at AJ Lee! Big E. Langston tries to calm AJ down, but to no avail as AJ has a tantrum in and out of the ring. Then, out of nowhere, Kaitlyn blasts AJ Lee with a Spear on the outside of the ring, followed by Dolph Ziggler hitting the Fame Asser on Langston on the floor!

After laying waste to the likes of Kane, R-Truth, and all three members of 3MB, The Wyatt Family would make their in-ring debut on SmackDown as, with Bray Wyatt sitting in his signature rocking chair at ringside, Luke Harper & Erick Rowan would face Tons of Funk, Brodus Clay & Tensai. The Wyatt Family would dominate Brodus Clay & Tensai as Luke Harper would put Tensai down with a discus clothesline, followed up by a big splash by Erick Rowan, who pins Tensai to pick up the win for the team. After the match, Bray Wyatt would enter the ring, telling Tensai that this is not his fault, kissing his forehead, and dropping Tensai with his twisting neckbreaker! Bray Wyatt then has a message for Kane, saying that he has never been hard to find and, if Kane wants to know where to find him, he will be right there with all of his “friends”. Wyatt then says that they have been “waiting” for Kane and they have always been waiting for him before telling Kane to “look to the sky” and “follow the buzzards”!

“Captain Charisma” was in action on SmackDown as Christian would go one-on-one with one of The Real Americans, Jack Swagger, with Zeb Colter in his corner. In the end, it was Christian planting Jack Swagger with the Killswitch en route to picking up the win.

After spending much of the night desperately searching for his Money-in-the-Bank briefcase, Damien Sandow storms out to the ring, demanding that Cody Rhodes be arrested for “grand larceny” and ordering Vickie Guerrero to “fire” Rhodes! However, Sandow’s tirade is interrupted when Cody Rhodes appears on the Tron as the second-generation star is standing in front of the Gulf of Mexico with briefcase in hand! Rhodes then dares Sandow to come and get his briefcase and Sandow takes the bait, rushing out of the arena and, once he gets to where Cody Rhodes is standing, Rhodes toys with his former tag team partner. Sandow pleads with Rhodes to “stop” and, when Sandow tells Rhodes to “not do anything stupid”, Rhodes asks if Sandow is calling him stupid. Once Rhodes and Sandow get within inches of each other, Sandow pleads with Rhodes to relinquish the briefcase, saying that Rhodes carried him when they were a team, calling Cody the “leader” of Team Rhodes Scholars. Sandow then says that Rhodes is his “intellectual superior” and Rhodes is much more “handsome” than him and has much better facial hair. Rhodes then starts to hand the briefcase to Sandow, telling Sandow that he’s “earned this”, but instead of handing it over, Rhodes tosses the Money-in-the-Bank briefcase into the Gulf of Mexico! This leaves Sandow screaming and crying on his knees on the coast of the Gulf of Mexico. Sandow then screams for someone to help him because he doesn’t know how to swim, but once he spots his briefcase go under the water, Sandow takes his chances and hops into the water! However, his inability to swim leaves “Mr. Money-in-the-Bank” flailing in the water before eventually finding his way out of the Gulf of Mexico and into the concrete banks, where Sandow struggles to breath, coughing up water, all while crying about his briefcase’s maiden voyage.