Jimmy Hart is one of the greatest wrestling managers of all time; ‘The Mouth of the South’ has managed a who’s who of professional wrestling.

The 69-year-old from Jackson, Mississippi first got into the wrestling business through school friend Jerry ‘The King’ Lawler and went on to manage some of the very best wrestlers in the business including the likes of Hulk Hogan, Bret Hart, Honky Tonk Man, The Nasty Boys and ‘The Million Dollar Man’ Ted DiBiase plus many more.

As well as managing wrestlers Hart also composed many wrestling themes with the most notable being Shawn Michael’s entrance theme, ‘Sexy Boy.’

We caught up with Jimmy to talk about being involved in the very first WrestleMania, Fandango’s entrance music, WWE Legends House, Hogan’s Beach and much more. 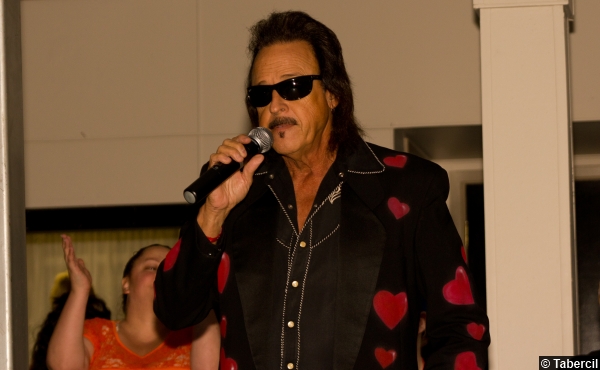 I was in a music band called The Gentrys, we had a top-five selling record here in the States and what was so funny twenty years later The Bay City Rollers from Europe had the same hit record we did, Keep on Dancing.

I went to Treadwell High School with Jerry ‘The King’ Lawler, he went into wrestling and I went into music, we were friends. He called me up one day and told me he needed some help, he asked me if I would manage him and do some music. I quit the band, went to Channel 5 Television with Lawler and started managing him and the next thing you know I’m in New York City managing King Kong Bundy, Honky Tonk Man, The Hart Foundation, Hulk Hogan and the list goes on and on.

I’ve always loved wrestling. When we did our tours with Dick Clark, The Beach Boys and Sonny and Cher before I got into wrestling, if we were in Florida I would always watch Dusty Rhodes ‘The American Dream’, I loved him and thought his interviews were great. If we were in Texas I would watch the Von Erichs and Terry and Dory Funk, if I was up in Indianapolis it would be watching Dick The Bruiser, if I was down in Carolina it would be Ric Flair.

What was it like working for Jerry in the territories?

It was great, I managed Andy Kaufman and Lawler, I was there for five years, at the Mid-South Coliseum on Monday nights, Tuesday night Louisville Gardens in Louisville, Kentucky, Evansville, Indiana on Wednesday night, Tupelo, Mississippi where Elvis was born on Friday nights, Saturday morning was TV on Channel 5 and then we could go to Nashville, Tennessee on Saturday night, and then Jacksonville Tennessee on Sunday’s and we did that seven nights a week for five years before I went to New York.

You joined WWE in 1985, what was it like when you made your debut for WWE?

That was the biggest thrill of my life. I got to go to Madison Square Garden for the first-ever WrestleMania to manage Greg Valentine and also King Kong Bundy. It was such a big thrill for me because if that first WrestleMania had not been successful we wouldn’t be talking now.

Were you surprised by how big WrestleMania has become over the years?

Not really because the WWE Universe is so strong number one, and number two Vince McMahon and WWE, it was a dream he had 29 years ago.  WrestleMania 30 is coming up in New Orleans. I’ve been lucky enough to go to all of them, I was at WrestleMania this past year at the MetLife Stadium, we did fan Axxess for two or three days, then I did the Hall of Fame and from there got to go to WrestleMania, I get to do it for them every year and it’s great.

You have managed so many legends of the ring, who have been some of the guys you’ve enjoyed working with the most?

There’s so many, where do I begin to start, Hulk Hogan, Brutus ‘The Barber’ Beefcake, The Nasty Boys, The Rougeau Brothers, Honky Tonk Man, Greg Valentine, Dino Bravo, Adrian Adonis back in the day, Earthquake, Terry and Dory Funk, when I managed the Million Dollar Man and Irwin R. Schyster, The Hart Foundation, just to mention a few, I’ve had so many.

Of course in Memphis The Moon Dogs, Handsome Jimmy Valiant, Austin Idol and of course Jerry ‘The King’ Lawler the first person I managed. 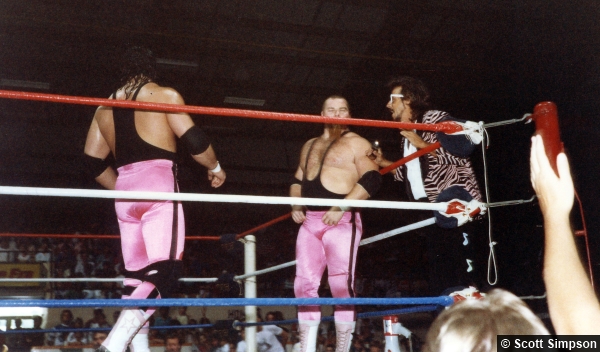 Was there anyone that you never got to manage that you would have liked to?

Not really, I’ve been very blessed, everybody they gave me I was grateful to manage. Bobby Heenan had some great people, so did Slick and so did Mr. Fuji, I’m just grateful for the people I had.

What have been some of your highlights from your time in WWE?

Being part of WrestleMania III in front of 93,000 people in Detroit, managing Honky Tonk Man against Jake Roberts with Alice Cooper in his corner. Then I also had Adrian Adonis v Roddy Piper and then I had The Hart Foundation against The British Bulldogs.

Being inducted into the Hall of Fame in 2005 was great but still being part of the first-ever WrestleMania was still the most important moment.

You’ve created some of WWE’s most iconic entrance music over the years, what have you made of Fandango’s theme music?

Will we be able to see you on television soon?

We just finished a show last year for WWE called Legends House, it was me, Roddy Piper, Hillbilly Jim, Hacksaw Jim Duggan, Tony Atlas, Mean Gene Okerlund, Howard Finkel and Pat Patterson. Hopefully, it will be coming out later this year on the WWE Network.

It was the greatest experience that I’ve ever had in wrestling. It was all of us living together, people who travelled on the road together so many years ago and now we really had a chance to live in one house. We had different contests in different teams each day but we got to sit around at night and talk about our past, our present and our future. 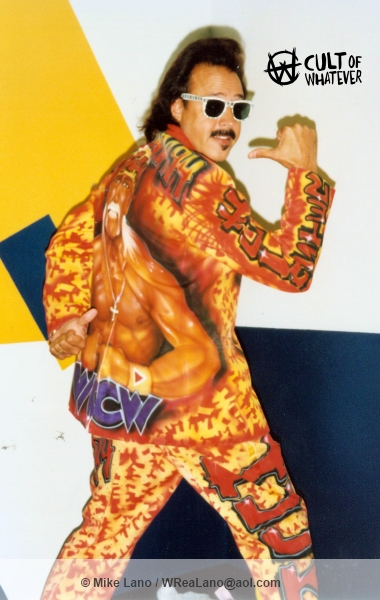 What are some of your favourite road stories?

Being on the road with The Hart Foundation, Jim ‘The Anvil’ Neidhart, the late great Owen Hart, and Bret Hart. All of us would check into our hotel with all our surnames being Hart and all the bills would get mixed up, meals would get mixed up, it was so crazy, just things like that were great.

You mentioned getting inducted into the Hall of Fame, but I understand when you first got the phone call you thought they had called the wrong Hart, is that true?

I did, when John Laurinaitis called me he asked how would I feel about going into the Hall of Fame and I asked if he was sure he wasn’t supposed to be calling Bret Hart, he laughed and said Vince wanted me to be inducted and I was really thrilled, it was a great honour.

I got to go in with such a great class as well, Hulk Hogan, Roddy Piper, Nikolai Volkoff, Paul Orndorff, The Iron Sheik and ‘Cowboy’ Bob Orton. 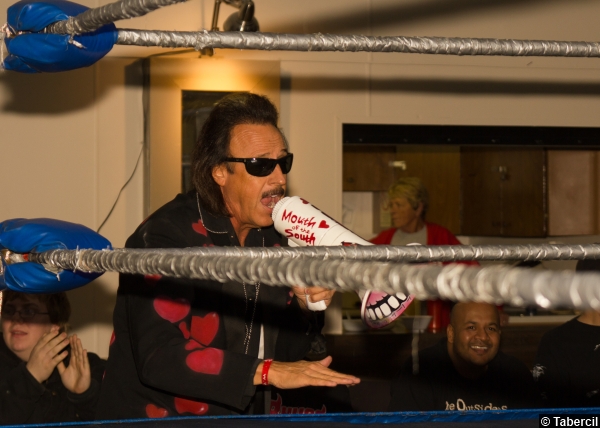 He was great, he brought me the mega-phone back from Japan one day and told me it was something that I could use at ringside and it was great, he let me colour it up, he let me paint it up. He always let me do my own jackets, he gave me leeway on my interviews, they gave me a ton of people to manage and I’ll always be grateful to Vince McMahon for opening the door to Jimmy Hart.

What are you doing these days?

I’m the ambassador of Hogan’s Beach in Tampa. I come out every night and sign pictures; we have a karaoke night where I get to sing Keep on Dancing. We have a live band on Thursday nights, when you walk down the hallway there is lots of great memorabilia including a few of my mega-phones.

It’s a great location on the beach, we’ve got the mechanical shark, two volleyball courts, there is always something going on. We have a lot of special appearances Hulk makes regular appearances, Jim Neidhart comes in from time-to-time, Sheamus has been here a few times, Evan Bourne has been in to see us, we’re having a great time.