So Jack Swagger has had a busy couple of weeks since returning to TV. He’s won the Elimination Chamber, securing himself not only a title shot but also a nice fat Wrestlemania paycheque in the process. He’s also been attracting the attention of certain political commentators in the US with the new gimmick he’s currently portraying. 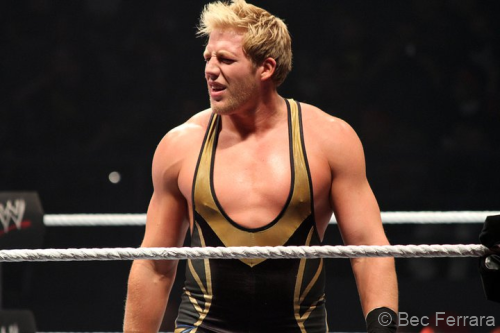 What he’s also done (which a lot of folks already seem to have forgotten) is get himself arrested for Driving Under the Influence, Speeding, and Possession of Marijuana. But funnily enough this seems to have been swiftly swept under the carpet by WWE and Swagger himself.

In my opinion a great deal of this can be attributed to Glenn Beck and some elaborate smoke and mirrors on the behalf of WWE. We’ve all seen what usually happens to WWE Talent in these kind of situations. Remember RVD being effectively stripped of the ECW and WWE Titles? When this news first broke we were all lined up with bated breath waiting to see exactly what kind of punishment would befall Swagger. Would he get fined? Would WWE hurriedly rework their pre-Wrestlemania schedule in favour of removing Swagger from the WHC title picture? Could Swagger even possibly lose his job, after all this was attracting all the wrong attention just mere days after Swagger had been given the ball and told to run towards a Wrestlemania showdown with champ Alberto Del Rio.

Then something strange happened. Absolutely no punishment was dealt out by WWE to their employee Swagger. Instead everyone quickly became much more bothered about political commentator Glenn Beck (you know, the guy who cries about how much he loves ‘Merica) calling us all “stupid wrestling fans”, and basically getting his wig off because he felt Swagger and his new manager Zeb Colter were making a mockery of his beloved Tea Party. I’m papraphrasing here, but basically Beck’s argument was “hey wait a second, we’re not THAT racist”, which is kinda hilarious.

In one fell swoop Jack Swagger had suddenly become relevant outside the WWE bubble. His gimmick was provoking reaction and attention from the “mainstream”, and WWE had inadvertently landed themselves a whole heap of free publicity.

To be fair to WWE they handled the Glenn beck situation admirably. I had horrible visions of a recreation of the time “Rosie O’Donnell” and “Donald Trump” squared off on WWE programming, but their response to Beck was a much more dignified affair, a video extending an invite for Beck to appear on Raw with an unedited five minute slot for his rebuttal. Here’s an edited version of the video, if you haven’t seen it yet, then I urge you to take a look:

How great a response is that? Intelligent, mature, civilised, all the things I honestly expected WWE not to do.

But still the question remains, without this storm in a tea(party)cup, would Jack Swagger still be employed by WWE, let alone heading to a Wrestlemania title shot? Swagger’s due in court on March 12th so I guess we’ll see if this all gets brought back to the forefront, or whether this news has been successfully buried and forgotten about. Personally I think Swagger has more than a little to be grateful to Glenn Beck’s great big mouth for…

But that’s just me, what do you guys think? Leave us a comment below to let us know what you think.