By Josh Modaberi
Wrestling Interviews
This page contains affiliate links. At no additional cost to you, we may earn a commission if you click through and make a purchase. Learn more

Jimmy Snuka is one of the all-time wrestling greats, and even though the ‘Superfly’ never actually won a championship during his time in WWE, he will always be remembered for two stand out moments.

The Fijian grappler made history when he leaped off the steel cage onto Don Muraco at Madison Square Garden, a moment which many wrestlers including Mick Foley cite for the reason they became wrestlers. There was also the Piper’s Pit segment when Snuka got bashed around the head with a coconut.

We caught up with the WWE Hall of Famer to talk about his new autobiography, being The Undertakers first WrestleMania opponent, the Superfly Splash from the cage at MSG, the Piper Pit segment and much more. 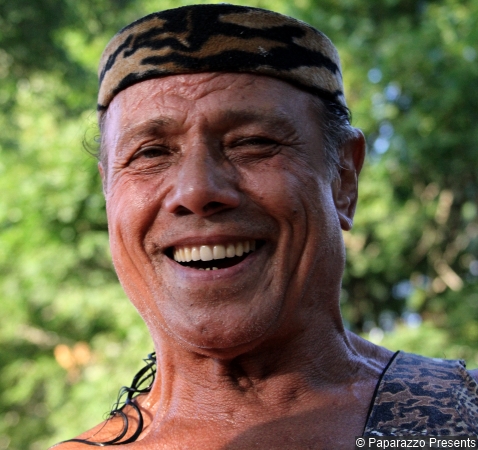 Well to be honest with you I hurt my ankle and it was bothering me for about 30-years so I had to finally get it sorted, and it’s been almost a year since I have been out of the ring. I’d been doing lots of autograph sessions and people were coming up to me and asking when am I going to write a book, so I just decided to do it as the people wanted it. Whenever I have done anything in the ring it’s been for the fans and this book is for the fans.

What did it mean for you to have Mick Foley and Rowdy Roddy Piper write forwards for your autobiography?

To have both Mick and Roddy involved in my autobiography is a great thing, they are both great guys and I love them both to death. Piper is like family, we get on so well, but after he hit me over the head with that coconut I still get headaches today.

I grew up in the Fiji Islands and used to do a lot of cliff diving I then started off doing bodybuilding and martial arts, but I started wrestling in Portland, Oregon. I wanted to be different from everyone else, so when guys were staying on the mat I would head up to the top rope and dive off, it was the best feeling. 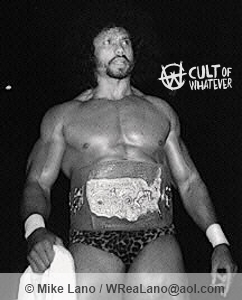 Before joining the WWF you competed in several NWA territories and had many great matches with guys like Jesse Ventura, Greg Valentine, Ricky Steamboat and Ted DiBiase as well as teaming with Paul Orndorff. What were those experiences like?

I loved it, everybody had a territory and I enjoyed going from one guy to the next guy and travelling all over the place, you name it I’ve been there. Promoters from all over the place would call up Don Owens and they would ask for me to be on their shows and watch me do my flying stuff because it hadn’t been seen before.

I was pretty lucky getting to travel all over the world but I love what I do and I love the fans and I just get a little buzz in me and whenever I go out in the ring I always have fun.

That was the big apple, nothing can compare with WWE, when you get into WWE or the WWF at the time it is the best feeling in the world, I loved it so much, it totally changed my whole career and life.

I’m not a glory guy or anything like that but it was such a great pleasure for me to wrestle Bob Backland the champion at the time. He was such an awesome guy and such a great champion and it was such a privilege to be able to wrestle him so early on in my WWF career in a title match at Madison Square Garden. Jumping off the cage at the Garden you couldn’t even hear yourself, I loved it so much, things like that just stick in your heart. 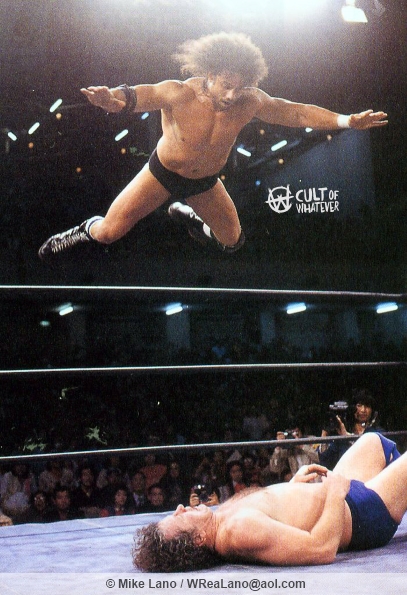 A year later you had another cage match in the famous Madison Square Garden against Don Muraco, and having lost the match you were able to steal the show, by hitting the Superfly Splash from the top of the cage, did you think people would still be talking about that moment today and the likes of Mick Foley, Tommy Dreamer, Bubba Ray Dudley and The Sandman crediting that match for the reason they wanted to get into wrestling?

That was such an awesome moment, that I could do something like that and influence all those great guys to pursue a career in wrestling, giving them that feeling that it could be done if you really want to do it.

Not many people remember Don actually won that match, what people remember is the Superfly Splash from the top of the steel cage in the greatest arena in the world; Madison Square Garden. In wrestling, it is great to have good matches but the thing fans remember the most are the moments. That topped everything I did in my career.

The feud with Roddy Piper then began, with the famous Piper’s Pit segment where he smashed you around the head with a coconut, what was that feud like with Piper?

Well, first of all, I have to tell you when he hit me over the head with that coconut we hadn’t planned it, he just did it out of the blue. Roddy was a real character and with me coming from the Fiji Islands he was teasing me about eating bananas, pineapples, then from nowhere, he picks up the coconut and just hits me around the head. I was bleeding and everything but when I came to I looked around and he was gone. But let me tell you I got my own back on Roddy in the ring.

That segment has spanned over many decades we were on TNA together a few years back and then Ricky Steamboat, Roddy Piper and myself were involved in a WrestleMania match with Chris Jericho. 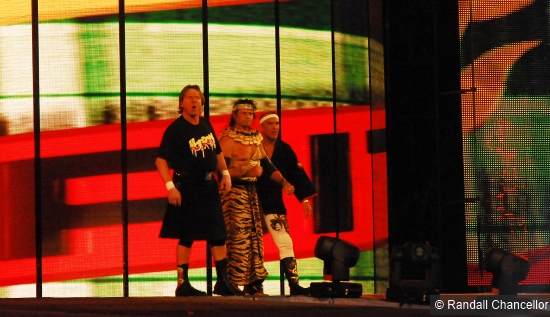 You have appeared at numerous WrestleMania’s, and you were The Undertakers first-ever WrestleMania opponent, did you ever think that would be that start of a streak which now stands at 20-0?

It was a great pleasure to be the first guy to wrestle The Undertaker at WrestleMania and after the match, he couldn’t stop thanking me and to think the streak now stands at 20-0 and he is still going!

You were also involved in the first-ever WrestleMania, did you think it would have ever become as big as it has?

I knew it was a big deal to be part of the first-ever WrestleMania but at the time I never knew just how big it was going to become. When Roddy, Ricky and myself came back at WrestleMania 25 to take on Jericho is was amazing to see first hand what WrestleMania has become, selling out football stadiums.

WrestleMania 1 was just like any other show, to be honest with you, but now it lasts a whole week, I was in Miami this year for the Fan Axxess and you’ve got so many fans from all over the world, then the Hall of Fame ceremony, WrestleMania itself and the following night’s Raw.

You had many great moments during your career in the WWF but never won a title, is that something you would have liked to have done in your career?

I may never have won a belt during my time in the WWF and although it would have been nice to win a championship, may it have been the Intercontinental title or the World Championship but for me, it was still nice to perform for the fans and them feeling good whilst watching my matches, everything I did, I did for the fans. 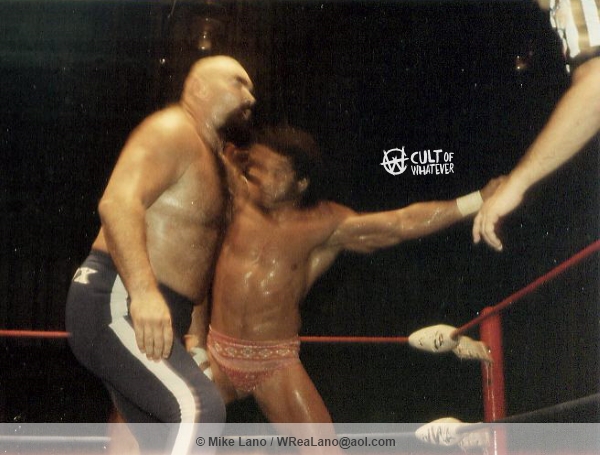 After your second spell with WWF, you then joined ECW where you became the companies first Heavyweight Champion what was that honour like?

It was a great time, I went there just as the company was starting out and I became the first ECW Heavyweight Champion, which was a great honour, which I loved. It was an amazing group of people to work with and I just went out there and did my thing.

What was it like when you were inducted into the WWE Hall of Fame?

Having worked for both Vince McMahon Sr and Vincent Kennedy McMahon, what were they like as bosses?

They were the best, they were the greatest, I got on really well with both of them and they are just such a lovely family to work for, they are very honest and hard working.

Vince Jr’s children have both been involved in the business and with my children working for the company we stay in touch and he brings me back on occasion like WrestleMania a couple of years ago.

I still sit down and watch these guys every Monday night on Raw and I love them all, it is just so completely different from the old school. Back in those days, we would tell a story and these days you can’t keep up all the time because it moves along so fast, you don’t know who’s a good guy and who’s a bad guy anymore.

How much did it mean to you to have your son and daughter follow in your footsteps and wrestle for WWE?

I loved it, as I was the one that trained them both and seeing both Jimmy (Deuce) and Sarona (Tamina) on WWE television was a great feeling because it showed that I did a great job. They had the wrestling spirit and when I was training them I taught them the Superfly Splash and they hit me with it a couple of times. I watch all of their matches and enjoy watching them in the ring, it was great seeing Tamina coming back at Survivor Series.

You can find out more about Jimmy ‘Superfly’ Snuka in his book which is now available to buy: 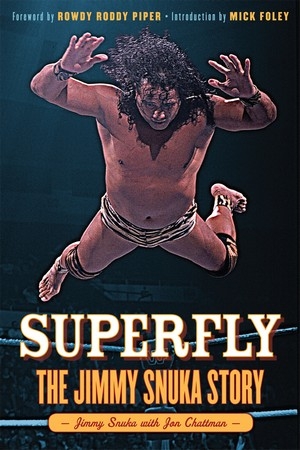