And so we come to the final piece in this series on WWE Highlights of 2011, with the second half of the Best Wrestlers of the year. Part 1 ended after discussing the one and only John Cena. Now we pick it back up with a man who was an even better babyface worker… 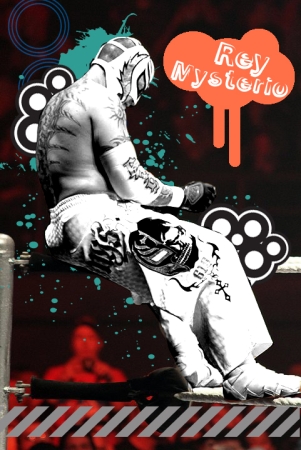 Even with missing a third of it, there’s still no getting past the year this man had. He’s an absolute phenom and it boggles me how he remains so consistently good while putting his body through so much, at this stage in his career.

He started with a bang with the great 2/3 Falls lucha blow-off with Alberto. He was naturally rock solid on Smackdown from that point on, highlighted by a Barrett match in February, Drew matches in March and April, and Henry’s first great Smackdown match in Rey’s Team Blue swansong. He was absolutely phenomenal in the Smackdown Chamber match. And the main course was, of course, the Cody feud, which produced two quality PPV matches and really allowed Cody to shine like he never had before.

But I particularly want to make note of Rey’s last few months on TV. Beginning from Capitol Punishment and ending with his injury job the day after Summerslam, this was an 8 week stretch in which Rey had 11 great matches. For two months he literally averaged better than a great match a week. This includes Punk at Capitol Punishment, the Raw MITB match, the Summerslam 6-man opener, and on Raw the two triple threats, the Cena and Miz matches on the same night, the final Alberto match in San Diego, and a bunch of fun tag matches in between. The only shows in this period without a great Rey match were the shows Rey didn’t wrestle on. And I mean, he did this on Raw. Raw, of all places. Rey’s summer run just completely blew me away, and reminded me all over again why he is one of the greatest of all time.

Now we shift gears a bit and focus on some character work, starting with the just-mentioned…

For the last 18 months Cody has just taken the ball and ran with all of the ridiculous gimmicks he’s landed. And, goofy or not, I think having this time to be over the top and ridiculous has really developed him as a total package, in terms of showcasing his character through mannerisms, promos and matches. Remember, a few years ago he was the Default CAW Wrestler, and I think now that’s a pretty tough case to make.

At his peak this year, Cody was The Man. The Greatest Man in the World, that is. From his very first ‘dark’ promo in January until they took a bad turn with the paper bag gimmick, he was the best character in wrestling and certainly my favourite. He was completely devastated and destroyed by this injury, and used it to transform into the self-loathing, deranged Dr. Doom of wrestling. The detail work he did for this character change was just immense, from his movements and the paranoid camera-blocking, right down to the way he spoke and the sound of his voice, to his new sense of evil and viciousness in the ring. Wearing a knee brace under his suit just so when he attacked Rey he could give him a SICK running knee with the brace to try and disfigure Rey in revenge, for example, was some great psycho heeling.

Add in a very consistent year in the ring, with standout matches with Rey and Orton in particular along with a lot of good matches besides, and add Cody to the list of guys who ended up looking a million times better after getting a chance to shine on Smackdown. Now with the latest shift beyond the goofiness to being a major player, he already looks like the next main eventer on Smackdown, and I predict very good things ahead.

And, amazingly enough, Cody Rhodes ended up being only the second best ridiculous, goofy heel of the year… 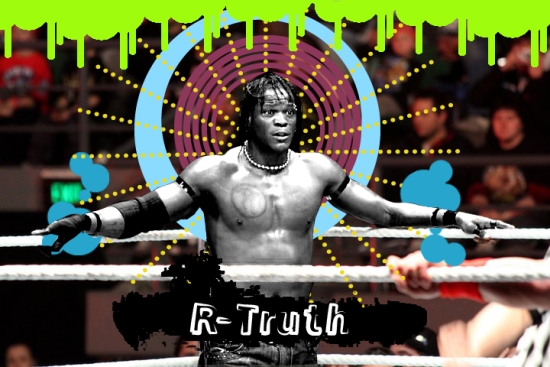 This man has floored me this year. Completely blown me away. We all know what a heel turn can do for a guy, but I never, ever imagined as the year began that R-Truth, of all people, would become the most entertaining pro wrestler in the universe. By a massively wide margin too, at his peak. R-Truth turned heel and Holy Moses, he STOLE THE SHOW.

Seriously, how awesome is R-Truth? From the moment he turned heel by going insane and blowing cigarette smoke in a guy’s face, you knew this wasn’t an everyday occurrence, and he followed it up with some of the greatest sh*t you’ve ever seen in your life. “Little Jimmy”? Awesome. The “C..O..N..Spiracy”? Incredible. “You gon’ get got”? Sublime. “You know what those pigeons said to me?” Flabbergasting. Think of all the amazing segments: Seceding from the Universe, where he apologised to a soda and Vince said “R…R is your real name right?” The anti-Cena backstage promo ending in attacking the CeNation family. The time he checked the Raw Roulette wheel for conspiracies before spinning it. The ridiculous comedic heel battle with Miz and Christian (“Randy! Riley! Randy! Riley! JIMMY!”). His first team promo with Miz where they squished the spiders. Best of all was the conversation between him, HHH, and his and HHH’s invisible friends, with Truth’s deadpan “Man, you crazy!” at Hunter being one of the funniest lines ever delivered on Raw.

Somehow, R-Truth went from being a bland midcard babyface to being the most entertaining heel character in years, and practically overnight. Full credit to this man for being so great, and at 40 years old carving out a headlining role for himself and really revitalising his entire career.

And still, remarkable as it was, his wasn’t even the biggest career revival of the year. Say hello to the reigning and defending Greatest Man in the Entire World…

What more can I possibly say about this man? I’ve already mentioned the idea I have of ‘dream come true’ angles that make our entire fandom worthwhile. I don’t know that “Mark Henry moving to Smackdown, becoming the best monster heel ever and winning the World Title” was the biggest impossible dream to ever come true, but no bigger one comes immediately to mind. I am in continual awe that Mark Henry had this run for the last six months. I can never hate wrestling when things like this happen.

And what a run it has been. In another breathtakingly sudden transformation, in one night this guy stormed the cage on Raw, killed the Big Show, told everyone that if he charged for air, you kept your bill paid, and changed EVERYTHING. And he has been immense ever since. Destroying everyone in his path, including all the super heavyweights in the company, winning the title (cleanly) and looking like the biggest, most dangerous monster heel to ever live.

His promo work has been glorious, both on the mic – where he manages to be a complete asshole and duck the babyface without losing an inch of badass credibility – and off the mic, since his post-match cussing and ranting has become a constant highlight and an excellent source of headline material. He’s got the physical charisma and monster presence down to a tee, and has more than delivered in the ring at every turn. The Sheamus battles were fantastically fun. The Orton matches were excellent, particularly the HIAC, and to me really demonstrated to anyone that doubted it that Mark Henry can perform in a ‘long PPV main event’ environment. The Big Show feud was amazingly great, and at Vengeance in particular they stole the show. And the Bryan matches rocked. Henry was really the complete package, firing on all cylinders until he sadly went down with the injury. I think I’m still mourning.

Anyway, his whole run has been anchored by some staggeringly competent and consistent booking, and that combined with Henry’s perfect character work has made this overnight monster push of a 15-year career midcarder at 40 years of age completely, 100% believable and awesome. In fact, it was one of the best title reigns of this entire era, even though it only lasted three months.

Even after being the greatest pro wrestler to have ever lived for the past six months, Henry STILL hadn’t locked up my Wrestler of the Year title. In fact as the year wound down he was still involved in a nail-biting sprint to the finish line, and due to his injury souring his final weeks he was just pipped at the post by this man… 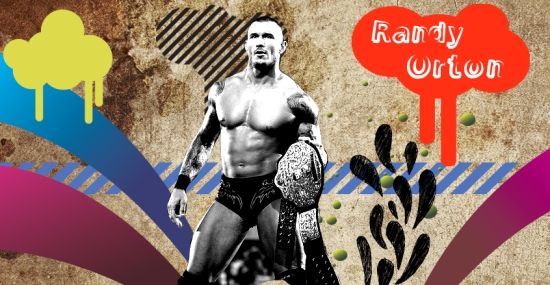 And I can still hardly believe it. The last time Randy Orton was one of my favourite wrestlers was 2004, a lifetime ago. When he came to Smackdown this year I was actually quite concerned that my new top babyface bored the crap out of me, and I think at the time I said something like “Meh, whatever, at least he might have some matches.”

As far as matches go Randy Orton’s body of work is untouchable in 2011, for both peak matches and week-to-week consistency. Nobody even comes close. After failing to properly put the pieces together in 2004 and 2010, Orton has finally figured out how to work as a babyface.

And in the end, all it took was moving to Smackdown and reinventing himself as a workrate machine. He has really changed up his whole ring style, and for the better. Gone are the days of droning on with boring chinlocks like a heel, and in its place is dynamic counter wrestling, with an emphasis on switching up spots Smackdown-style, exciting offensive moves, and peaking the crowd for bombs like the DDT and the RKO. He’s become the quintessential Smackdown worker, and I just love it, I eat that sh*t up.

The list of his matches is endless. It actually started before the Draft with the two big Punk matches, which were excellent and really a harbinger of things to come. And once on Team Blue it only took a week for him to run into Christian, and the rest is history. The first two babyface matches were insane. The next two PPV matches kept it up with the different dynamic. The Summerslam No Holds Barred blow-off was amazing. And the cage match and final Smackdown match round out one of the most prolific and awesome series of matches in recent history.

And that’s only the tip of the iceberg. He went straight from that to having two great PPV matches with Henry. He’s had no less than four great Dolph TV matches this year, three on Raw and the best one on Smackdown. There was the amazing workrate match with Ted. And he’s also had quite the collection of TV brawls, the most notable with Cody, but mid-year he tore it up with Sheamus, he had one of Kane’s best matches in a while soon after, what he did with Otunga can only be classed as a miracle, and in the final match of the year signed off with the Barrett war. Don’t forget the Raw Chamber, as well as all manner of great tag matches and solid work in between. That he has also gone down injured right now is a crime.

Orton has been amazing this year. He’s still not the most interesting character out of the ring, babyface isn’t his best side and there have certainly been other times where he’s been a more complete package as a pro wrestler, but purely in terms of working matches, I think this is quite comfortably his best ever year.