This is my final list for the Highlights of 2011: the best wrestlers of the year for WWE. What I like about this is that it was hard to narrow it down to ten names – there has been a whole lot of quality work going on in 2011, both in the ring and out of it. This list has it all: the top in-ring workers, the outrageous characters, the consistent all-rounders, the flashes of brilliance.

I want to give an honourable mention shout out first though. Mainly to guys who have soldiered on throughout the year and been consistent as hell – guys like Drew Mac, Daniel Bryan, Tyson Kidd, Dolph Ziggler. I wish I had room for them all, but once again, I only have so much room to work with. And now, onward we march. 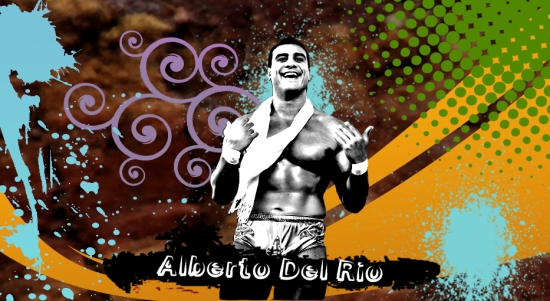 Alberto is one of the most complete packages we’ve seen in a while, with all of the elements – the outfits, the cars and, most importantly, Ricardo Rodriguez coming together perfectly. His character work on Smackdown was really good until he was sadly moved over to the Raw Navel-Gazing Midcard and later became the latest geek heel champion, but he’s still managed some glimpses of cool stuff along the way, before kind of trailing off towards the end of the year.

But it’s really his big matches that made me choose him to round out this list. In the ring, Alberto delivers, big time. He kicked off the year with a great 2/3 Falls blow-off with Rey Mysterio, a great opener with Kofi Kingston at Elimination Chamber, and another with Edge at Wrestlemania (a “hold your nose and swallow the finish” match). He also had three separate SD matches with Christian that rocked hard. Their ladder match at Extreme Rules was a super, emotional war with Alberto’s now-trademark insanely insane bumps, a talent further demonstrated in the Raw Money in the Bank match, bumping like a madman and finishing with the awesome rudo mask finish. Speaking of, Rey and Alberto had those two awesome triple threats on Raw around this time with Punk and Truth. The Last Man Standing match with John Cena was a super brawl in unusual circumstances, and the Punk match in MSG and the three-way TLC round out a really great year in the ring.

Looking back now, Alberto’s 2011 probably hasn’t lived up to expectations. He finally won the WWE Title (twice), but he came into the year as the next big main eventer in WWE, and he was first robbed of the World Title by circumstances in the spring, and then moved to Raw and became just the latest in a line of lame, undeserving heel champions. Hopefully next year he gets back on track, because he really is a superb talent.

One can’t completely hate Alberto’s World Title failures in the end, because at least in lieu of that we got the title victory of this man…

And what a victory it was. Whatever happened since then, there’s no taking that moment away from him, or from all of us who had been rooting for him to grasp that title for years. And he spent the next 6 months main eventing Smackdown and won another world title. A banner year for Christian, this was. But for me his year was, as always, all about the matches. From the minute he came back in February he started tearing it up with Alberto on Smackdown, as noted, culminating in that Ladder Match.

Then he turned and ran smack-bang into a man called Randy Orton. Church bells and confetti could not have announced a more perfect marriage. Their initial Smackdown outing was one of TV’s best (another “swallow the result” match) and the rematch at Over the Limit was a breathtaking piece of workrate and Christian’s swansong as the best babyface worker in the company. Even the heel turn couldn’t dampen their in-ring work as they continued with their counter-a-thons, and in particular the No Holds Barred Match at Summerslam was a masterpiece of a blow-off battle. They rematched twice on Smackdown after that and still maintained their incredible workrate. Pulling off seven matches of such high quality in less than five months is a hell of an achievement.

So, putting together the Orton series, the Alberto matches, the rest of his solid TV work, plus whatever bright spots he has managed to get out of this heel run character-wise (and there have been a few, especially once he moved away from the World Title), and of course, the simple fact of career completion and validation with his world title win, and Christian has had a career-defining year.

I keep mentioning Christian’s first title win, but funnily enough that wasn’t even my biggest mark out moment at Extreme Rules. That honour went to… 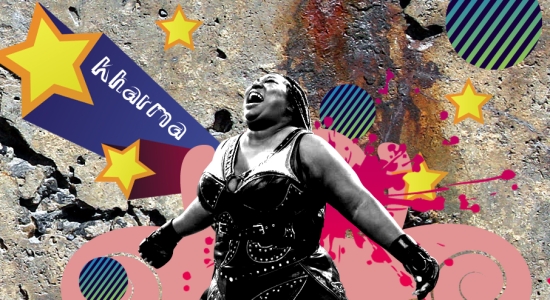 What a woman. Actually, Kharma’s short run is one of those things that I categorise as a sort of validation of everything we do as hardcore fans. By that I mean, for all the things they get wrong, for all the times we’re angry, upset, frustrated, bored, we willingly sit through all of that crap in order to get to the good times, to the things they get right. The idea of Awesome Kong coming into WWE as a monster heel destroying all of the Barbie dolls is one of those things that normally only exist in our tiny little smarky dreams. That would never happen, it couldn’t happen. And yet, it happened.

And it was awesome. Her whole character was immense, from the amazing vignettes, to the name, the badass music, her crazy facials, to the way she just came out every week and straight-up killed and ate one of the Divas. People were responding, the angle was progressing perfectly, but sadly everything stopped due to extenuating circumstances. Even then, they scared the hell out of me by having Kharma break down and cut a babyface shoot promo on her way out, but it was actually AWESOME and only made her more over for her (fingers crossed) eventual return.

She was only on TV for about a month and probably looks like a strange choice for this list. Nonetheless I really wanted to include her to make sure people don’t forget how great her run was, how great it could have been, and really how great it will be if she ever comes back. In a year full of short bursts of awesome from a lot of people, hers was one of the best.

When Kharma went down I was certainly devastated, but in any case I don’t think we had to even wait a month before our next saviour hit the ground running… 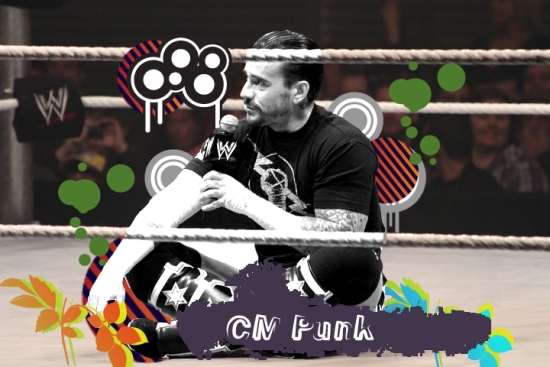 The funny thing about Punk’s year is that, like Alberto’s, it didn’t completely deliver on its promise. This list is only in a vague kind of order, if any, but I certainly thought he’d have been higher up in my mind at this point. But anyway I shouldn’t dwell on the negative because no matter what could have been, the guy still had a hell of a Summer.

That promo was magic. It was one of the best of the last decade and a real shot in the arm to anyone who was feeling the post-Mania malaise set in. In fact the entire Summer of Punk was another one of those ‘this is what we sit around waiting for’ angles, as it lit up the internet fanbase like literally nothing else before it. Punk’s work during the whole thing was really amazing and some of the best character and promo work of recent years. The way he perfectly encapsulated the maligned, smarky, adult-male position, the way he seamlessly wove shoot and worked issues into the same kayfabe thread, the way he built a title fight to really mean something in 2011. Brilliant, brilliant work.

Of course I also gotta talk about the matches. Cena at MITB was off the charts, ‘Holy Sh*t’ level incredible, the Summerslam match was almost as good, III on Raw was more of the same, and add in the TV matches they had early in the year and Punk and Cena delivered greatness six times this year in total. The Orton matches were great. Rey at Capitol Punishment was super. He ruled the Rumble and the Raw Chamber. Alberto in MSG was a great match and a great moment. Add in a bunch of great three-ways – on Raw, in Hell In A Cell and at TLC, plus of course all manner of consistency on TV, and he’s had quite the year.

And hey, no matter how things ended up, we’ll always have the Summer of Punk.

Speaking of, it takes two to tango, as they say, so we need to get straight into his partner in crime…

Cena had quite a throwback year. Getting to show glimpses of character, busting out raps and having epic main events with insane heat was straight out of 2006. Rock returning gave him direction (and sometimes a backbone) and the Fresno State of Mind rap was a wonderful throwback and Cena’s best promo in years. He and Rock continued to hit more than they missed, later on the Punk feud allowed him to do some more serious promo work, with the Vince one especially being awesome, and now as he gets back to Rock he’s undergoing some fascinating character development regarding this hypothetical heel turn.

He’s also brought his in-ring game back up to previously-reached heights. One thing he largely missed last year were big time, awesome matches, but he certainly had them here. As I’ve already mentioned, he and Punk were incredible together, with a bunch of great TV matches and the two superlative PPV matches. Add the latter to the insanely awesome Rey TV match and I think his Top 3 matches are untouchable. But it wasnt just the peak stuff, he did a lot of great work besides: the LMS brawl with Alberto, the cage with Miz and Morrison, the Raw Chamber, the Triple Threat HIAC, as well as basically every babyface tag and multi-man match this year. The man is back in top form, just in time for the biggest match in history at WrestleMania.