Zach Gowen is a professional wrestler like no other, it is a hard enough challenge to step inside the squared circle for the first time, but for this particular grappler, he defied the odds.

Gowen was diagnosed with cancer as a baby and at the age of eight had to have his one of his legs amputated. This however didn’t stop the Michigan born grappler living his dream as he performed in WWE for a year between 2003-2004. During his time in WWE Gowen worked with Mr. America (Hulk Hogan), and had matches against Brock Lesner and Vince McMahon himself.

We caught up with Gowen, who now wrestles for the Insane Clown Posse JCW (Juggalo Championship Wrestling), for an exclusive interview. 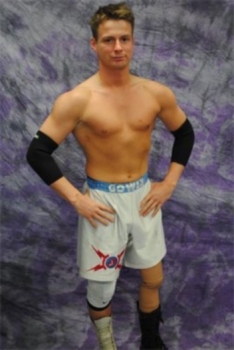 Hi Zach, thank you very much for joining us today, first things first, how did you first get into wrestling?

I have been a big wrestling fan my whole life, some of my earliest childhood memories were watching WWF Superstars and WWF Primetime. I was a big Hulkamanic growing up, I liked the Ultimate Warrior, I liked the big powerful, colourful personalities like that.

When I got diagnosed with cancer at eight-years-old, I remember sitting in the hospital watching wrestling. They had to amputate my leg in January of 1992 and two weeks later I got out of the hospital for the first time and I remember watching Ric Flair win the World Heavyweight Championship at the Royal Rumble in 1992.

My love of wrestling continued throughout my life as it was a little difficult being so different as a child. I don’t think any kid likes to feel like their different and I certainly felt different growing up only having one leg. Profession wrestling was actually what I used to escape the horrors of being bullied.

When I was eighteen an opportunity to get trained presented itself and I jumped at the chance. Truth Martini at the House of Truth wrestling school trained me and I had my first match on March 16th 2002.

What was it like making your WWE debut working with Hulk Hogan and Roddy Piper?

It was certainly a dream come true. I had signed a three-year contract with WWE but stayed for just over a year, and every day of the year I was with the company was like waking up into a fantasy. Two weeks before making my debut on TV with, Hulk Hogan, Roddy Piper and Vince McMahon, I was packing groceries at a local store in my hometown. To go from that to the grandest stage of them all was nothing short of amazing.

It was extremely overwhelming because at the time I was still a huge fan, so to walk into a room with Hogan, Piper, Brock Lesnar and Vince McMahon and to actually do an angle with them on TV was absolutely amazing and a dream come true but also very overwhelming for my young age.

What have been the toughest matches of your career to date?

Two that spring to mind and are probably two of my most famous matches to date are against Big Show and Brock Lesnar both during my time in WWE. The match with the Big Show is very special to me because that was my first official match in WWE, it was the main event on Smackdown and I was teaming up with Stephanie McMahon to take on the Big Show and if I won I would be granted by contract in terms of the storyline. I remember just being absolutely elated after that match and just overwhelmed by the great reception I got from the crowd.

The match with Brock happened in my hometown of Detroit, Michigan at the Joe Louis Arena, so it was a huge deal for me. I remember that match not even being scheduled until I got there. I think the original plan was for me to wrestle Matt Hardy as I was doing an angle with him, but they switched it when I got there. That was probably the more famous one out of the two because it was such a brutal beat down; he physically destroyed and dissected me in front of my hometown with my mum and my family all there. It got a lot of coverage at the time and was amazing.

Working with Vince was awesome, I think there have only been four or five wrestlers in the history of the WWE that have had a match with Vince. I’m certainly in good company after my match with Vince along with the likes of Stone Cold, The Rock, Hogan and Flair. I kind of feel I don’t belong to be amongst those names, they are legends. 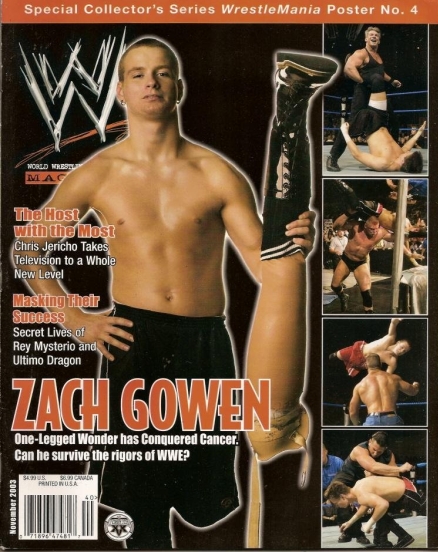 You mentioned signing a three-year deal with WWE, but only stayed for one – what was the reason you didn’t stay for the other two years of the contract?

I only stayed there for a year, because at the time it was a little too much, too soon I think. I wasn’t emotionally mature enough to handle that type of lifestyle, those types of responsibilities and ultimately they had to make the decision to fire me, which looking back it was the correct decision to make.