Beginning life as Vengeance back in 2001, it wasn’t until the 2007 edition that the Night of Champions moniker was used. Known as Vengeance: Night of Champions, the show was so called due to every match on the card being a championship contest (this was also the PPV that Chris Benoit no-showed due to a “family emergency.” Little did we know when watching at the time what that actually meant). The following year, the subtitle became the name for the PPV and the Vengeance was no more.

So, on to the 2010 edition where, for the first time since the name change, a non-title match is on the card. This could be attributed to either the fact the tag straps were unified, removing a potential championship bout and the two female titles were being unified on this night, removing another title match… or it could be that WWE didn’t want to allocate the time given to Show v Punk (a paltry five minutes) to the opening contest and/or Miz v Bryan).

Regardless, the rest of the card does have every title on the line, so the potential for a change in the WWE landscape was immense. And besides, it couldn’t be any worse than Summerslam… could it? 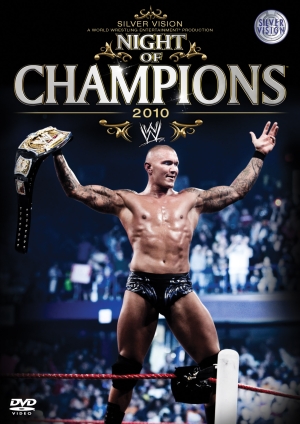 Always open your PPV with a high-octane match to get the crowd into show is one of wrestling’s golden rules. It’s stood the test of time and the list of PPVs where the opener has been one of the best matches on the card is huge (my personal favourite is Juventud Guerrera v Blitzkrieg from WCW Spring Stampede 1999 – one of the best late-WCW PPVs you’ll see), so WWE following that rule by putting on Dolph Ziggler v Kofi Kingston first was no surprise.

The two mid-carders kick of the show with a well received bout and gives this reviewer hope that Summerslam the previous month was just a blip, a bump on the road that we all have from time to time. CM Punk v Big Show, for the pitiful time it’s given, is passable (although it was worth it just for Punk’s anti-Chicago pre-match rant and his slingshot-swanton to the floor) and Daniel Bryan v The Miz is easily Match of the Night, with the revelation that WWE seem to have realised what everyone else already knew about the former American Dragon being probably the best part of all.

The women are rarely given a reason to make us care and Melina sucks as a babyface, so this match had a lot going against it before the opening bell. That being said, with it being a Lumberjill Match, it does mean the stunningly attractive Bella Twins, Layla and Kelly Kelly get some PPV time, so you have to be thankful for small mercies.

The action is pretty good and, in a fantastic show of continuity, Melina countered the baseball slide from McCool during her entrance that she was caught with the last time they faced off. It’s little things like that which add to the overall package.

As for the rest of the show, Kane v Undertaker is a poor match (with a surprisingly clean finish), but tying in the entire WWE run of The Big Red Machine into this rivalry was very well done. It’s one of those feuds that the angles and promos are vastly superior to the matches and, in the end, the bouts actually serve to become unwanted interruptions. The Tag-Team Turmoil (otherwise known as a Gauntlet Match) plays out as most of them do, but the team of Cody Rhodes and Drew McIntyre did have some male-version Beautiful People potential… well, at least until WWE split them up in almost record time.

This leaves the main-event and if there’s one thing WWE can do well, it’s multi-man clusterfunks.  The match is hyped throughout the show as each of the wrestlers are interviewed backstage individually between the other bouts. This does a great job of making the WWE Championship Match (and, by proxy, the title itself) seem like the most important thing in the company, which, of course, is how it should be.

Again, this follows the standard formula, with each guy getting a chance to shine at various points. Interestingly, with this being an elimination match, it means that the four of the five PPVs since Summerslam featured some sort of elimination-style matches. Some would call it overkill, but I love elimination-style bouts, so I’m happy for it to continue, but only if Survivor Series is held up as extra-special. The sequence leading to the elimination of Edge in particular was a work of art. Barret’s elimination of Cena is what the Summerslam main event should’ve been and the reaction from everyone (fans, other wrestlers, commentators, etc) made it seem even more special. Orton kicking out of Sheamus’ kick annoyed me at Summerslam and it annoys me even more here, especially as it’s the finisher of the current champion, so, in theory, should be the most effective finisher going.

Still, this was a much improved effort on Summerslam and showed that WWE can do things right when they try. Unfortunately, there was only two weeks between this event and Hell in a Cell, which is far, far too little time between shows.

An in-character interview with Kane as Josh Mathews asks him how the taste of victory feels. It’s another fine example of the skills Kane showed in promos and is a better example of how this style of feature can be used than most of the post-show interviews you get on WWE pay-per-view releases.

The sour flavour left behind by Summerslam was flushed out as NoC featured some great matches and only one real duffer on the card.

All of the bouts had logical finishes and nothing was offensive (which is exactly how I’d describe the finish to Summerslam), with another pair of titles merged into one reducing the amount of straps in WWE to six, with rumours abound that the WWE and World belts could also be unified by the end of the year, meaning there would be five titles to fight for, which is, for me, the right amount (one world champion, one set of tag champs, one female champion and a mid-card belts for each brand).

For the IC and US title matches alone, this is worth a look and represents good value for money if you can get it for around the £10-12 mark.