If you watched the show Atlanta, or at least the premiere episode of the most recent season, then you know about Lake Lanier. Specifically, you know that it’s not a natural lake. The US Army Corps of Engineers built it to provide hydroelectricity and water for the greater Atlanta area. To build something like a lake, you have to create a flood. So that’s what the Corps did, deluging about 56k acres of former farmland. And towns.

That’s what the inclusion of Lake Lanier in the Atlanta episode is about, in part–the stories about its being haunted. That’s understandable. There’s something unsettling about the idea of a dead town floating below you. What if it didn’t die? (I say, while putting a flashlight under my chin.) 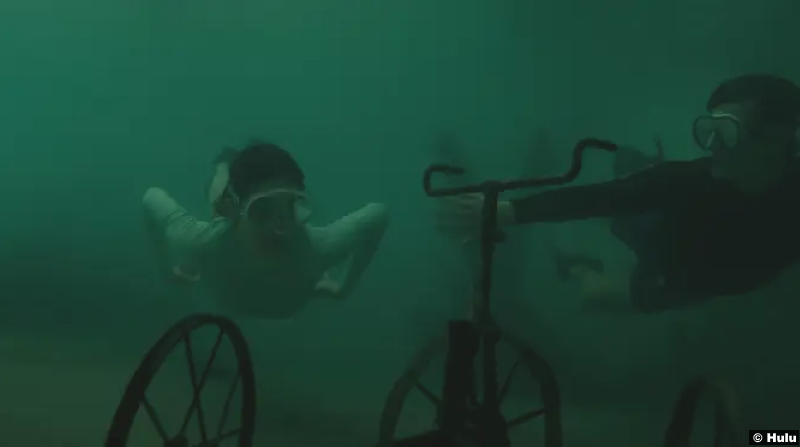 Lanier is far from being the only lake the Corps and others created in this manner. Actually, I grew up with one Corps-engineered lake (Lake Eufaula/Walter F. George Lake) literally in my backyard. Oketeyeconne, an Indigenous settlement, is somewhere underneath. (Yes, I grew up “way down yonder on the Chattahoochee,” as the song says.)

I mention all this not just because I love to talk about the haunted town in which I sprung to life. Rather, I am setting this up because the titular lake, Lake Prescott, in this episode has a familiar origin story. It’s a man-made lake built on top of a flooded community. As such, it carries with it that same disturbing vibe. (Note: Also, while this story takes place in North Carolina, it acknowledges Georgia’s many dam projects.)

No one actually says outright that it’s haunted, at least at first, but this is American Horror Stories, after all. The vibe comes factory-equipped. But at the beginning, its history is just an interesting novelty, which we learn from Jake (Bobby Hogan). He and his sister Finn (Olivia Rouyre) are out on a boat with a group of their friends. It’s pretty typical lake stuff. If you didn’t grow up on one, then just imagine boating, swimming, etc.

Jake, a bit of a nerd, has, like a nerd, done his research. He knows that there is an abandoned town, Reedsville, underneath the water. Thanks to an ongoing drought, it’s now possible to reach the area. His enthusiasm is pretty contagious, at least to me, but only Finn takes him up on a dive. It will be his last.

They aren’t underwater for very long at all when something happens. From Finn’s perspective, it’s just a nightmare. Something has caught her brother and she can’t free him. When she returns after surfacing for more help, he’s already gone–still firmly ensnared and swaying with the currents. Then something pulls him down beyond her view or reach. 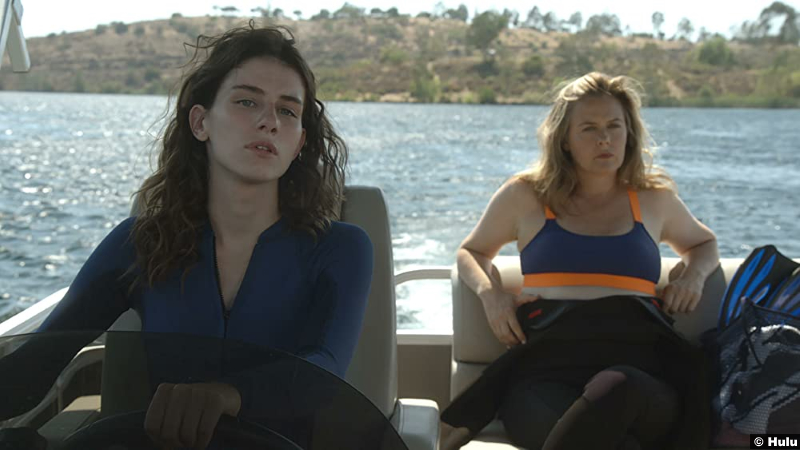 Unsurprisingly, this crushes her. When we resume the story, Finn is just out of a mental hospital. Her parents, Erin (Alicia Silverstone) and Jeffrey (Teddy Sears) are trying to be supportive. It seems clear, though, that no one really believes her story, or at least, the last part. That’s kind of understandable, though. If your child told you Finn’s story, then you’d probably think the same thing as her parents. She’s traumatized, obviously, and that can bend our brains.

It’s different, though, when Erin starts seeing things. Well, not just seeing. She’s also feeling and hearing things, like her son pleading with her to find him. Jeffrey, while sympathetic, doesn’t believe her. I really liked the part, by the way, when he told her that she was just seeing what she wanted to see. Or rather, I liked her response, which is, “I didn’t want to see what I saw.”

Like, obviously. No one wants to carry that kind of heartbreak. It’s even worse, though, when you don’t have a body, when you don’t have an explanation. So without telling Jeffrey, Erin and Finn return to Prescott to search the water. The search turns up not only Jake’s body but also another horror. While Erin is down there, she sees three skeletons chained to a cement block. One of them is wearing old-timey dog tags labeled “Boone.” 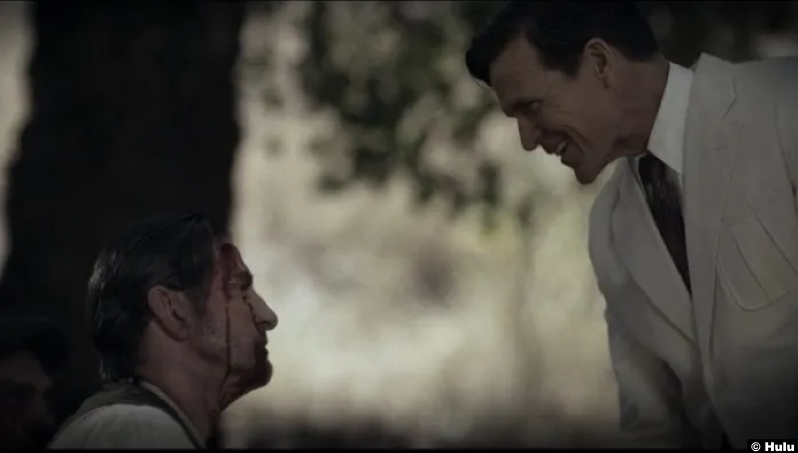 This leads Erin and Finn to find the true story behind the flooding of Reedsville. In this, the episode reveals a connection to their own family, which then spins the story’s denouement in a different direction. This is unfortunately pretty typical for AHStories episodes. They can’t just work with the one story, one twist–they often have to ladle on a little extra. You can see an example in “Facelift,” when they have the twist about the stepdaughter. These additional twists are usually unnecessary and even sometimes damaging to the overall story quality.

As for this episode’s final reveal, it’s not that dire. It is, though, just kind of there. There’s not enough groundwork to make it seem earned, so it’s unclear how the show wants us to feel. Pretty cool lake monsters, though.

8/10 – This worked well enough as a portrait of grief and guilt. The reveal about what town founder Wrede Prescott was willing to sacrifice for his dam added a chilling edge. But again, that final, final reveal ultimately held no weight. It’s not a fatal flaw for the episode, but it doesn’t do much, either.

Here’s more on the history of Lake Lanier, by the way. And speaking of locations, the fictional Lake Prescott looks absolutely nothing like a Southern lake–ma’am, are those palm trees???–but I’ll let it go.