I was a bit torn on watching season 2 of American Horror Stories because season 1 was so uneven. I really liked a couple of episodes, but the rest ranged from fine to…also fine. They were all at least watchable, though, and that isn’t as much of a backhanded compliment as it may sound. So I thought I’d check out a little bit of the premiere before I went to sleep, just to get an idea of how this season is going to go. And I ended up staying up past my bedtime to finish it.

What was so compelling about it? Well, let me start talking and I’m sure I’ll figure it out. (Behold, the secret to reviewing!) Anyway, this time we’re in 1960s Mississippi. I do love a Southern horror, especially when it’s tinged with Southern Gothic elements. Am I getting ahead of the story? I don’t think so. This is American Horror Stories, after all, so none of this should come as a spoiler. 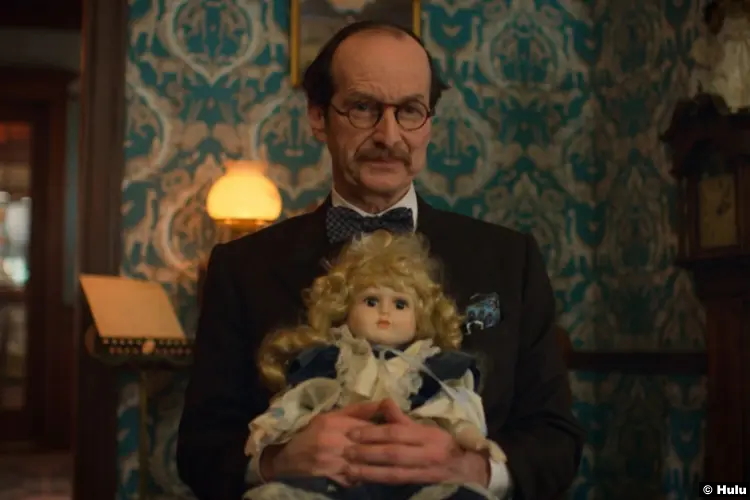 Back to the story. We meet Coby (Kristine Froseth) as she interviews for a position at a toy company. The interviewer, company head Mr. Van Wirt (Denis O’Hare), is a little intense. But we ain’t seen nothin’ yet. Because after their brief chat, the next thing Coby knows, she’s waking up in Van Wirt’s home. I will pause for a moment of yikes.

She’s not the only young woman in Van Wirt’s captivity, though. There are a few others already, and they bring Coby up to speed. It seems as if Van Wirt came home to find his wife in bed with another man. This was not the start of a sad, but ultimately hopeful story, though. Instead, he had his goon toss them both into a deep well on the property.

Now he’s single and ready to mingle. Well, he’s single and ready to abduct women to force them to compete in Who Wants to Be a Wife? But he doesn’t really want a wife. He wants a doll, someone pliable and pleasant. To that end, he even makes them dress as literal dolls, complete with unsettling masks. At the same time, though, he goes through this charade, putting the ladies through tests of their wifely abilities.

He has them demonstrate their skills at setting the table, for instance, as well as ironing shirts. He doesn’t seem to have a prurient interest in them, so at least there’s that. There is one other wifely duty, however, that he expects them to do: mothering. He has a young son, Otis (Houston Towe), whom Van Wirt encourages to play with the “dolls.” Otis is a smart kid. He’s also a little smart-mouthed, but he’s not mean.

It’s like on some level, he understands that none of this is right. But also, this is his life. We’re talking about a kid in Mississippi in the 1960s. He doesn’t have the most informed view of the world as it is. Add to the fact that he’s very sheltered even by the time period’s standards and, understandably, he doesn’t question anything that much. He hasn’t really known anything else. 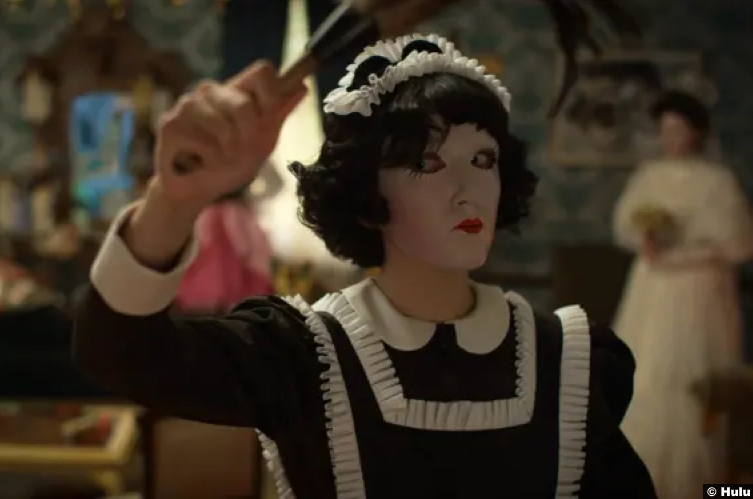 While he’s supposed to play with the dolls, they don’t really regard him. The young women already in Van Wirt’s custody mostly concentrate on survival. Minute by minute, test by test. Only Aurelia (Abby Corrigan) appears to understand that survival ultimately means winning, whatever the consequences of that will turn out to be. To put it another way, she’s in it to win it. She can’t let herself think of anything else, including what comprises victory.

Coby, on the other hand, is of a different sort. It’s not that she doesn’t want to live. But just living isn’t enough. We learn a little about her background, which indicates that she came from another sheltered world. It’s the kind of place where they don’t want you to do anything too weird, too bold. And having magic powers, as Coby does, certainly qualifies. 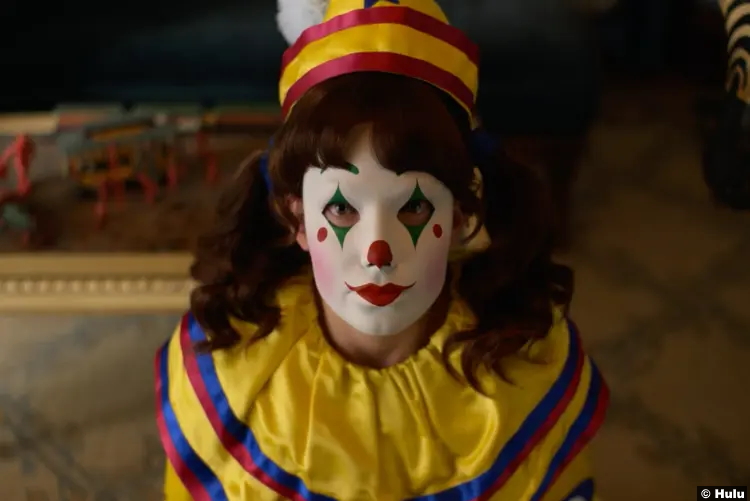 She hid these abilities back home, but she uses them here to bond with Otis. And when she orchestrates an escape plan for the dolls, she won’t even consider leaving the little boy behind. It’s hard to decide if it’s admirable or foolish. Actually, it’s a little bit of both. It’s also what ultimately damns and saves her at the same time. She gets to see what winning means, but then she gets to see something else. The episode ends with a tie-in to a season of American Horror Story proper. It’s a fun Easter egg for devoted fans, a lagniappe as we say down here, but in the end, the episode stands on its own.

9/10 – Although not as wild as some previous episodes of both original and spin-off, this was a delightfully disturbing opener to the new season. Hopefully, they keep up the same quality for the rest.