Doctor Who’s Easter Special trailer showcased some promising pirate and open-sea adventures for Team TARDIS as they confront a foes of the distant past — The Sea Devils, which made their first appearance in the eponymous 1972 Jon Pertwee story. Unfortunately, the episode only partially delivered upon the initial promise, despite all the great components of a would-be swashbuckling story, like a treasure hunt, a revenge vow, and a noble sacrifice, being present in the episode.

Whether or not Chibnall intended to make a Doctor Who – Pirates of the Caribbean crossover, the Legends of the Sea Devils looks like something derived from Disney’s Pirates of the Caribbean: Dead Man’s Chest. In addition, there aren’t many great pirating adventures in the Doctor Who series, and this is the first episode featuring pirates since The Curse of the Black Spot episode (really?!) broadcasted in 2011, so those in love with swashbuckling adventures will just have to roll with the theme.

However, where Disney’s films centered around the golden age of piracy, the middle child of Doctor Who specials focuses on 19th century China — not only an entirely different part of the world but also a period in which pirate supremacy in Asia came to an end. Not that it’s bad, the Chinese had some really formidable pirate legends, but the Caribbean during the 17th and 18th centuries seemed more fun, especially judging by Dan’s costume. 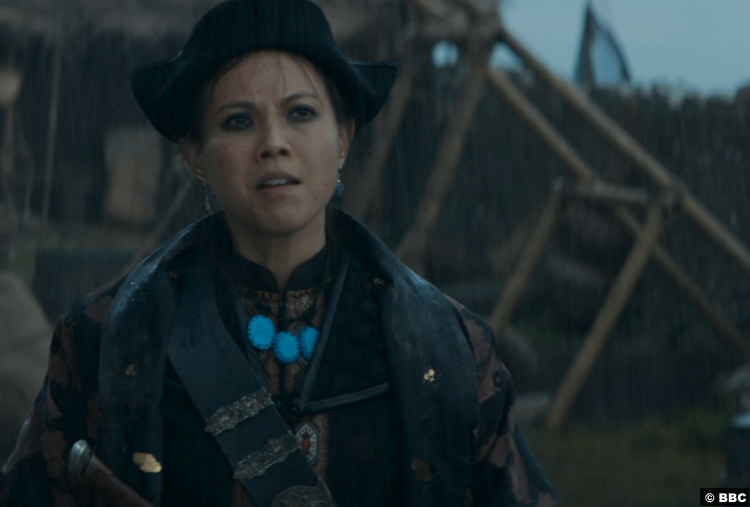 The episode’s opening isn’t quite well-put-together, as the scene looks very disjointed. It features Madame Ching, a statue of the Sea Devil, and a villager trying to prevent the notorious Chinese pirate leader from unleashing what the statue holds. It’s worth noting that it is raining heavily in the village, but on the beach at which team TARDIS arrives, all appropriately dressed but Dan, there are no signs of rain. Rather interesting, but probably not related to the gravitational pull affecting the Doctor’s earing.

A scene later, we see a Sea Devil attacking the villagers of a nearby village with a sword in a dramatic, rain-filled scene, only to see the Doctor, Yaz, and Dan, trap the creature in a large fishing web. Disarming the creature would’ve been a logical choice in this matter, considering that swords cut through webs, which the creature demonstrates only seconds after the Doctor’s attention was diverted by a flying ship. We’re talking about a Flying Dutchman-type of ship we’ve seen and heard from myth and legend, ghostly and full of barnacles. 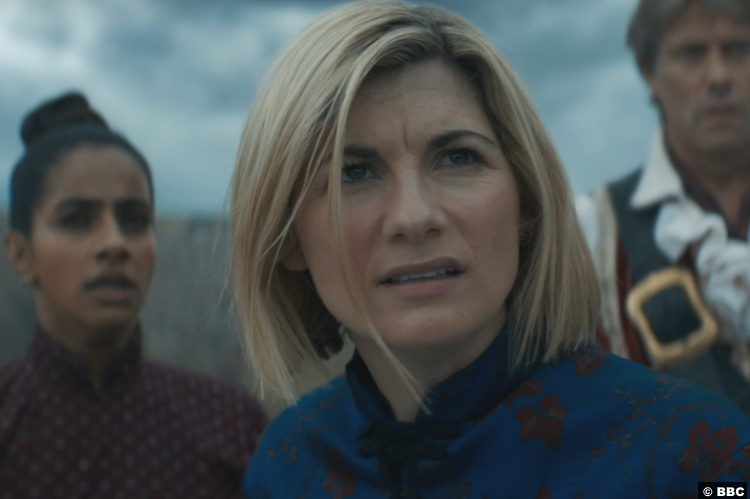 It feels like the entire opening was written, scrapped, and quickly rewritten, with significant portions of it missing. This is entirely possible, considering that the entire special is only 47 minutes long, which makes it the shortest “special” episode since the beginning of New Who. A few minutes after the creature escapes, we find out that Sea Devils have more than a flying ship; they also have a sea monster and a plan to flood the Earth and claim what’s rightfully theirs.

The entire episode centers on a specific type of gemstone that would provide the Sea Devils with the means to achieve their plans, which was last seen on the Flor de la Mar, an actual ship that went down with a substantial treasure — estimated at approx. 3 billion. The team separates, with the Doctor and Yaz go back through time to find the actual Flor de la Mar in the 1500’s and Dan and Ying Ki are left to their own devices which included infiltrating Ching’s ship. The ship makes for a beautiful but awkwardly empty set, and Ching’s crew is nowhere to be found. 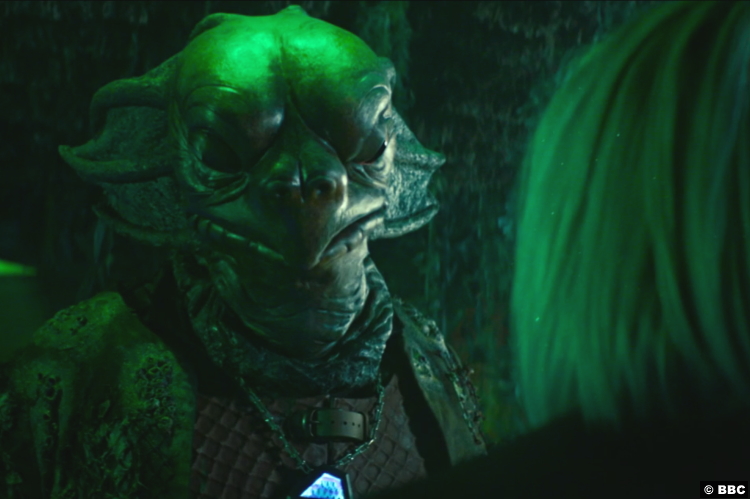 This is a massive oversight considering that all ships need at least a skeleton crew to sail, and there’s basically no way Ching could’ve sailed on her own. However, the special was filmed mid-pandemic, so this “oversight” is entirely justifiable. The highlight of the episode is a scene in which the Doctor stabilizes the air bubble around the TARDIS on the seabed, during which Yaz and the Doctor share a very brief moment with traces of romance in the air. What ensues is the attack of a giant sea monster and the Doctor and Yaz’s escape back to 19th century China.

The rest of the episode action-packs its now-known elements into an ending in which Team TARDIS foils the Sea Devils’ plans, Madame Ching gets the treasure she’s after, young Ying Ki gets his revenge, and Dan gets to talk to Diane, which we saw in the Flux season. We also mentioned sacrifice; the Doctor and Yaz bump into a Chinese pirate captain, whose only role in the episode was to sacrifice himself, allowing others to escape a dangerous event that stopped the Sea Devils and saved the future of the Earth. 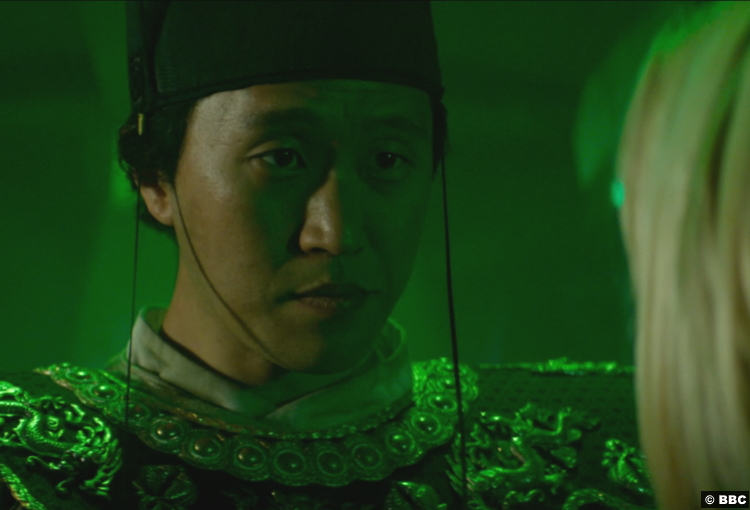 On the not-so-bright side, Yaz and the Doctor had “the chat” near the episode’s end, and it’s nothing but heartbreak for the loyal companion. The Doctor did call Yaz one of the greatest people she/he ever known and declared that she/he wants the thing they have to go on forever, even though we know things are about the take a sharp left in the following special, with the upcoming regeneration scene. 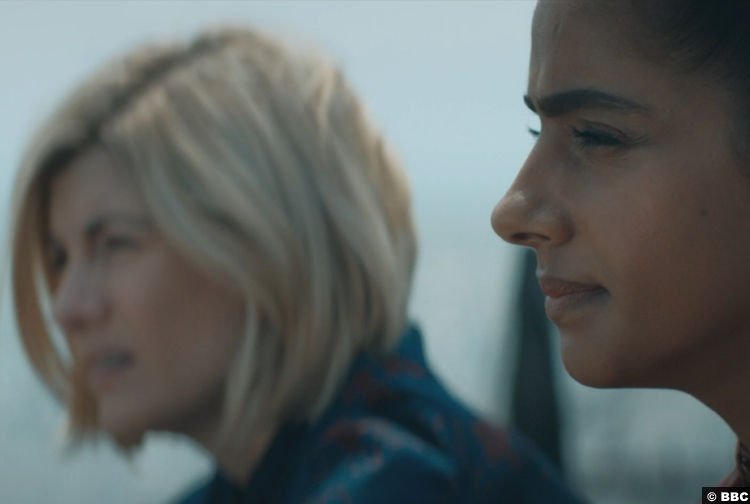 5/10 — Compared to Eve of the Daleks, the pirate-inspired Legend of the Sea Devils leaves a rather bland aftertaste. The episode has all the elements necessary to weave a fine tale of pirate adventures, but for some reason, it just doesn’t. Not to mention that the Sea Devils of the episode were criminally underused. Solid performances of the cast have carried the story forward, but the only thing legendary about this episode is the post-credits trailer for the upcoming third special and Thirteen’s regeneration into the Fourteenth Doctor. 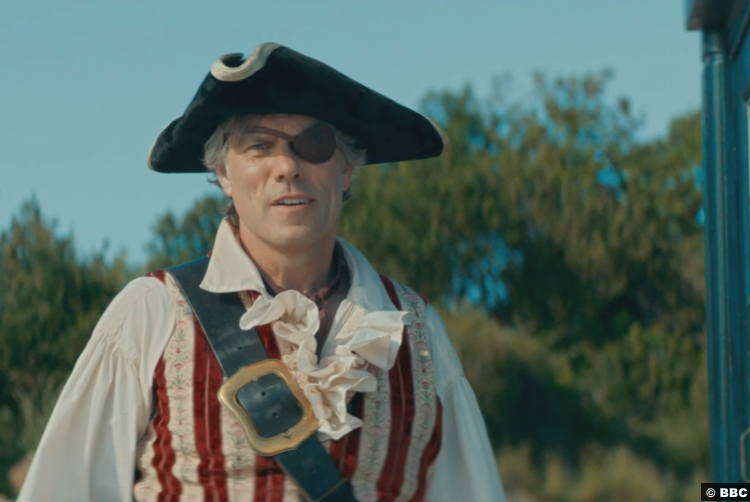