Your SO OF COURSE preview of WWE WRESTLEMANIA 38!

It’s that time again ladies and gentlemen. It’s time for the biggest, most star-studded, most extravagant event in sports entertainment. It’s time for WRESTLE—

er…SPORTS ENTERTAINMENT…MANIA? Let’s go with that. They’ll probably change the name to that in a year or two anyway.

THIS is your so of course preview of [NAME REDACTED]MANIA, 2022!

This being a two-night show, there’s double the action to enjoy. On the other hand, this being modern WWE, there’s a fraction of the actual enjoyment you would do if this was a competently run company. So, instead of breaking down every single match, many of which haven’t even been settled on and whose finishes most certainly are still up in the air, and will be until the day-of, I’m focusing on the seven biggest matches on the card, answering the question what should happen, and then tossing it over to Vince to tell me what will happen instead. 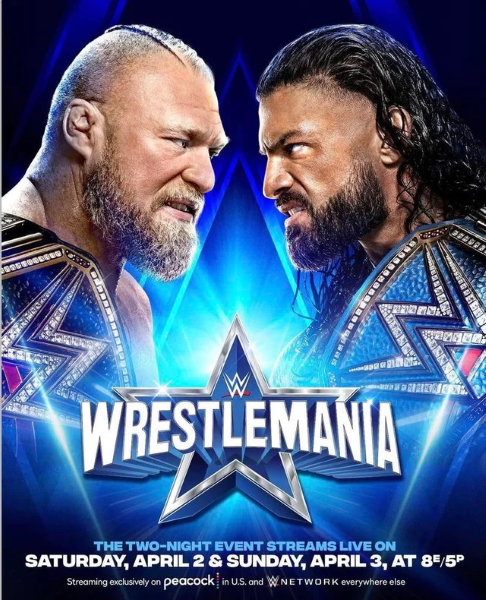 Do I care? Not really. Pat’s great at what he does and Adam Cole proved he can be carried to a solid match, but a lot of the praise McAfee got after his NXT match was due to the low expectations combined with his clear and obvious love for pro graps. Now for the follow-up match. Austin Theory is no Adam Cole, and the novelty of this being Pat’s first match is gone. What’s left? It’ll probably be an overbooked fiasco. Those are at least interesting, but nah, it’s a pass for me. I’ll give it 2 crossbody moves off the top rope out of 7.

Who should win? Pat may be a color commentator but he’s still more of a celebrity guest than anything, and celebrities always go over in these matches. No reason to break precedent now. Austin won’t get the win; he’ll get the rub from participating.

Do I care? This one will be even more of a train wreck than Theory/McAfee, I suspect. For one, Charlotte has always been hit or miss in the ring, and really needs the right kind of opponent to make her look good. Without that, her averageness starts to show, which makes the crowd unsettled, which increases her frustration, which usually ends with her doing something unprofessional on live TV. On the other side of the ring is the most emotionally unstable person to step foot in a ring in the history of this hyperbolic statement. Rousey is not the kind to help Charlotte in the ring in the way she needs and, should Charlotte start getting flustered, Rousey isn’t the kind to be cool and work the spots as planned. The whole thing could end up being a huge car crash segment and I can’t wait. I’m still giving it only 1 accidental potato thrown and black eyes achieved out of 7 though, because that rating is based on how good I expect the match to be.

Who should win? Basically, any finish will make me laugh, I predict. That being said, unless Rousey is only coming in to job to Flair, how can you not put the title on her? I’m sure Vince McMahon will come up with a very creative way to ruin what should be a hilarious ending, but I’ll go with the boring route and say Rousey wins with a submission move clean in the middle of the ring.

Do I care? I do indeed. In fact, this is my most anticipated match. As usual, I refuse to give the company any credit and will not believe anyone who tells me this match was the plan when Becky returned at SummerSlam and won the title from Belair in a squash. Nevertheless, here we are, and now finally these two can have a proper match on a big stage. I expect it to steal the show, though I expect the Kevin Owens segment to be what more people talk about. I’m giving this the top honors: 7 hair-whip lacerations out of 7.

Who should win? Belair winning is the only reasonable, logical finish here…

Do I care? If this was 2007 I’d be all over this like white on rice. In 2022, AJ has lost a step and post-retirement comeback Edge is…okay. I think both men want the match to rise to the high expectations being put on it, but I’ve seen too many matches with too much hype lead to too many miscues when the wrestlers try to do too much. I expect this to be good, but not incredible. I’m giving my excitement level for it a respectable 4 glamourous hair shots out of 7.

Who should win? How much more does Edge have in him? He’s had his big come back? He got to wrestle for the title last year. I feel like AJ has one more big title run in him. In that case, I think he should get the nod, with Edge’s loss being a kind of torch-passing nod, despite Styles being only a few years away from retirement himself I think. Honestly, as long as the match is given plenty of time and has a solid finish, I don’t care who wins.

Do I care? I guess. I’m more intrigued to see what Cody’s booking looks like in nine or ten months, but in terms of a match, this should be a banger. I’ll give it 5 embarrassing wink-and-nod commentary references out of 7.

Who should win? Cody. And this is where I toss the alley-oop to Vince…

Do I care? How can you be a fan for nearly a quarter-century and not? I don’t know how much Austin will do, but I’ll say this: If he comes down in shorts and a t-shirt then I’m going to be disappointed. If he comes down in trunks, knee brace and all, then he can hit his big spots, get the stunner, and be done in three minutes for all I care. Just the idea of seeing him in full regalia will be a win. In hopes of that, I’m giving this 6 Lou Thez presses/trash talking spots out of 7.

Who should win? lol

Do I care? I wrote a whole thing about it. In short, if Lesnar wins then what’s the point of Reigns’ long title reign? To put the title on a part-timer vet? If Reigns wins what’s the point of his long title reign? To retain the title on the one show a year where the babyface should win? Both men have good chemistry so I expect a fast-paced, hard-hitting main-event style contest that I will love at first, then like, then slowly start to get annoyed with until the finish, which I will hate either way. I’m giving this only 3 freakishly athletic moves that no human the size of Brock Lesnar should be able to do out of 7.

Who should win? Flip a coin; heads I’m annoyed and tails I’m frustrated. No finish is good. Brock’s the babyface so he should win. That’s the only thing in my mind that can tip the scales. The rest is just a haze of blah. The good news is, I know what each of the two possible outcomes means so I’m already sort of at peace with hating. There won’t be any surprises.

Here’s to this weekend! 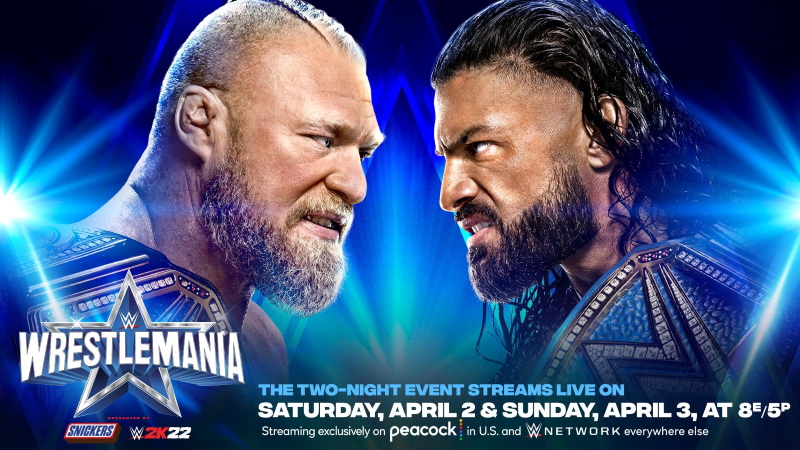