REVIEW: Death on the Nile is a stunner to behold

Kenneth Branagh’s style as a director is…let’s call it inconsistent, though I don’t know if that’s the right word. He actually has a pretty set-in-stone style of film but it has more degrees of intensity than someone like, say, Wes Anderson or Tim Burton. Branagh’s movies can be identified by their showy shots, overly theatrical acting performances (especially by the man himself), and a bombastic tone that sometimes makes a scene that should be mellow into something that’s far too exuberant and a scene that should be lively into a mess of over-the-topness. But, again, there’s a spectrum. On the high end, you have a movie like Mary Shelley’s Frankenstein, about which I can talk for days with very little unfettered praise to share.

On the low end of that spectrum, you have a film like 2017’s Murder on the Orient Express. That film—the first to feature Branagh step into the role of Agatha Christie’s famed inspector Hercule Poirot—was a delight. It faithfully adapted one of the most famous murder mystery stories of all time, balanced an all-star cast, and maintained a tight pace throughout its sub-two-hour runtime. Branagh starred and directed the film, as he did Frankenstein, but the Christie adaptation captured the tone and spirit far better than the Shelley adaptation.

The movie was a smashing success, bringing in over 350 million worldwide on a mere 55-million-dollar budget. A sequel was guaranteed and, had the pandemic not happened, the movie would have been released in October of 2020, likely to great success. Instead, it was delayed multiple times, kicked down the road again and again until finally, now, it has dropped.

Now it is here and my reaction is supremely satisfied. 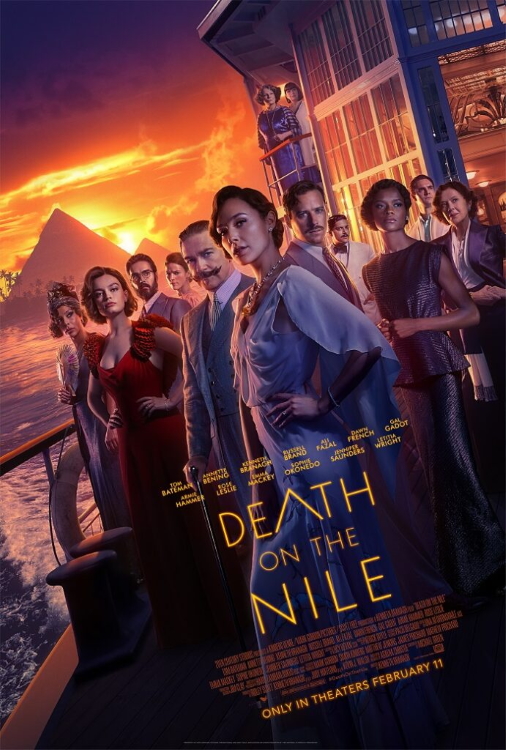 Curiously, the things I found most appealing about the movie are the things many other reviewers are harshly criticizing. Some are saying the film is too old-fashioned and slow-paced. Nonsense to that, I say: When considering the alternative, I would much rather have a Kenneth Branagh movie that takes its time and exercises some restraint than a movie in which he indulges in all his Mary Shelley Frankensteiniest impulses. 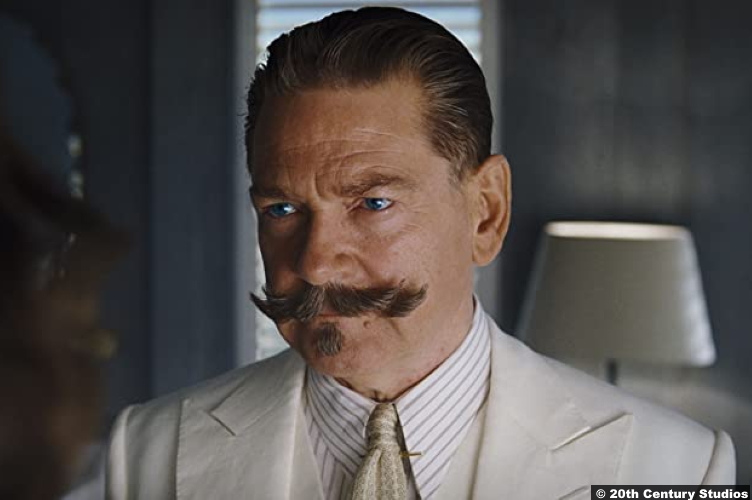 As for the style of Death on the Nile, that is, in my opinion, the movie’s chief strength. It’s longer than Branagh’s previous Christie adaptation, but the pacing was never sluggish and there was hardly a scene that needed trimming or outright removal. Everything we see has a purpose to the story and pays off in the big “whodunit” reveal. The only issue I might quibble over is the film’s prologue, which is the only time Branagh let his worst impulses stretch their legs: The film begins with a five-minute black and white WWI mini-movie whose sole purpose seems to be to give audiences the backstory to Hercule Poirot’s gigantic mustache. It also lets the director play around with the de-aging technology that is all the rage right now. It’s a largely unnecessary scene, even if there is a payoff at the end of the movie. I suspect it was added by the director to give the Poirot character more of an emotional arc in the film (there’s a change from the book to the screen that also serves this purpose and while book purists might balk at it, the change hardly bothered me). 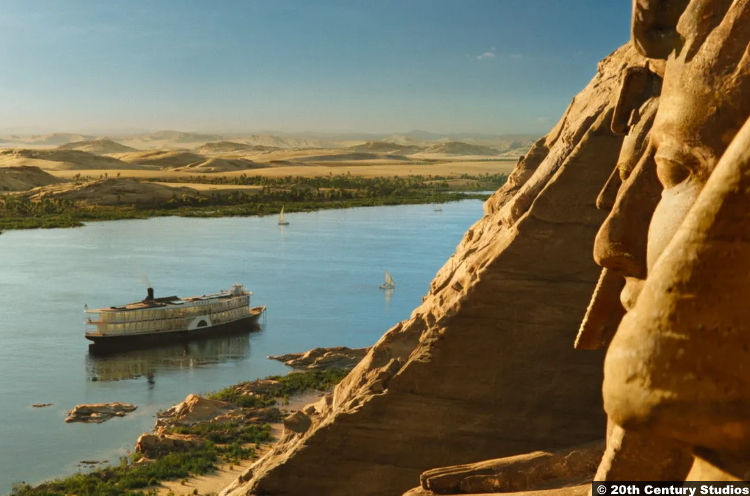 Visually, I don’t know if I can praise the movie enough. The film was shot on large format 65mm film stock and it absolutely shows. On the one hand, it might be easy to dismiss the look of the film since so much of the Egypt setting was accomplished with special effects, but never mind that: The fact that the movie looks this stunning while being 75% set on a boat is remarkable. Over and over I found myself shaking my head in awe of a gorgeously composed or blocked shot or an enchantingly lit scene.

There was one scene in particular that stood out among so many.

It comes about halfway through the film when Poirot is interviewing someone after a murder had taken place (no spoilers). There is a camera shot, over Poirot’s right shoulder, so that only his head and shoulders are in frame, with the other figure seated on the left side of the screen, with a dark shadow behind him. The blocking, plus the natural lighting, and the grain from the film, all add up to a picture that looked exactly like I was watching an old cinemascope movie from 1950-something. Not to reuse the word yet again, but it was utterly stunning to behold. Big credit must go to Haris Zambarloukos who made this the most beautiful movie of the year so far, and it will be hard to top, I think. 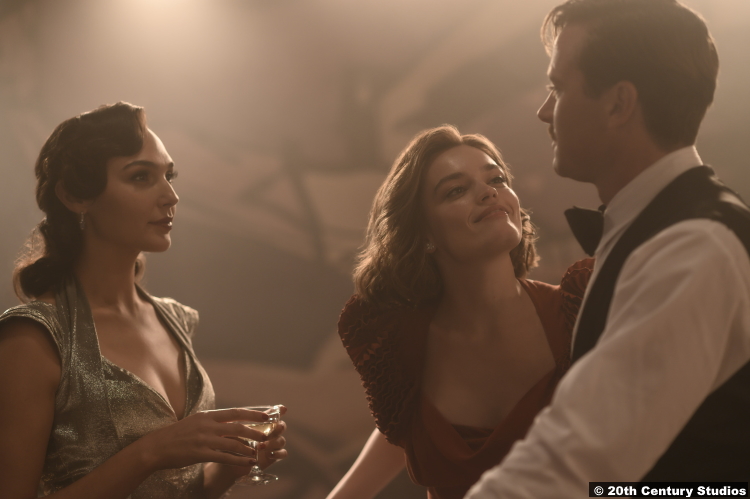 As for the story, there’s not much that can be said, not only because it’s another famous murder mystery by one of the genre’s greatest writers, but also because to say much about it might give away some clue inadvertently. Suffice to say, the story is as good here as it was when it was first penned back in 1937. Personally, I prefer it to the more famous Murder on the Orient Express (though not above And Then There Were None). As with the 2017 film, the cast here is all-star and everyone is given plenty of opportunities to show out, and though some only get one or two chances, they all make the most of it.

9/10 – It might be odd that a book adaptation does as faithfully as this would receive high marks more for its visuals than anything else, but Death on the Nile is a movie so beautiful to behold it simply must be seen on the big screen. Those who do will find, not only a feast for the eyes, but an excellently made murder mystery story to boot.