How THE RISE OF SKYWALKER failed as a trilogy closer

So here’s the deal:

I was going to write a trio of reviews covering Star Trek Discovery’s third season. I got about…twenty minutes into episode two and realized “I don’t need this.”

So, sorry to disappoint anyone interested in reading my thoughts. I won’t be providing any more coverage on it unless something unexpected happens…like if I hear it somehow has become entertaining. TV shows require an investment of my time and if I don’t like the show I’m not going to stick with it. A movie on the other hand is something I’ll watch, even if I know it’s going to suck. It’s only two hours; I can survive that. 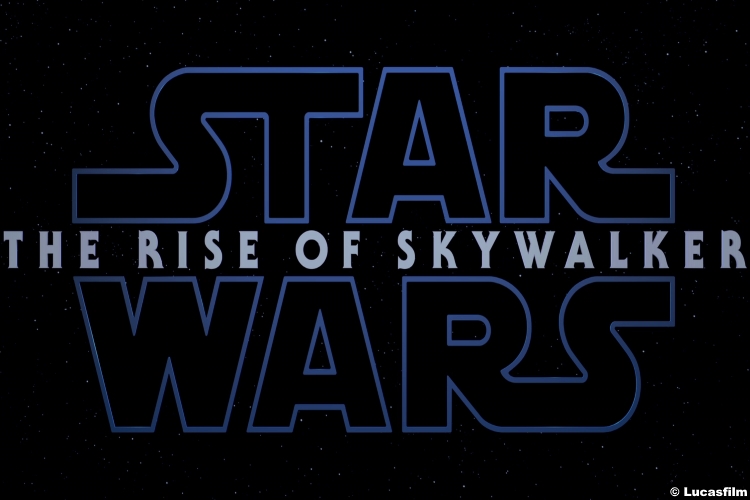 Funny thing: In prep for this article I went back to check the last one I wrote, and found this:

How THE RISE OF SKYWALKER failed its title

That was written three months ago.

It feels like ten years ago. Honestly, I don’t even remember writing it.

So let’s keep the “How TROS failed…” series going by looking now at how the movie failed as a trilogy closer.

After all, The Rise of Skywalker is the most egregious franchise-closer I’ve ever laid eyes on. It failed, not only as a movie (which you can read about in the linked article above), but it also failed as the ending to a nine-movie saga (an article I’ll get around to eventually) as well as the end of this sequel trilogy.

Well let’s think about what it takes to make a good three-part story; that’s what a trilogy is supposed to be, after all. A trilogy isn’t just “three movies with the same character(s).” That’s not a trilogy; that’s a series that happens to have three installments. A trilogy is a three-part story, that allows its characters the chance to grow, evolve, suffer, and triumph over the course of multiple stories. When done right, it’s a great bit of storytelling, since each movie in the trilogy ought to have its own singular three-act structure of growth, evolution, suffering, etc, while also fitting into the larger three-act structure being told in the three movies. It’s layers within layers.

Say what you will about the Star Wars prequel trilogy but it nailed that aspect.

Episode I has a strong three-act structure, introducing us to the politics that would bring the rise of the Empire, the orphan boy who would bring the downfall of the Republic, and the climactic battle that would see the death of the only Jedi virtuous enough to stop it. Episode II built off Episode I but told its own story, about insurrection, treachery, and forbidden love. Episode III paid everything off and yet still found time to tell its own movie. Lucas could have just spent the whole run time checking boxes and hitting all the big moments he’d been building to, but he also made sure to weave in a plot about choosing between love and honor and how easy it is to be manipulated to lose both. The movies are far from perfect, but the overall story they’re trying to tell works as three three-part stories and as one three-part story. It probably helps that Lucas went into the prequels having a strong idea where the series was going. 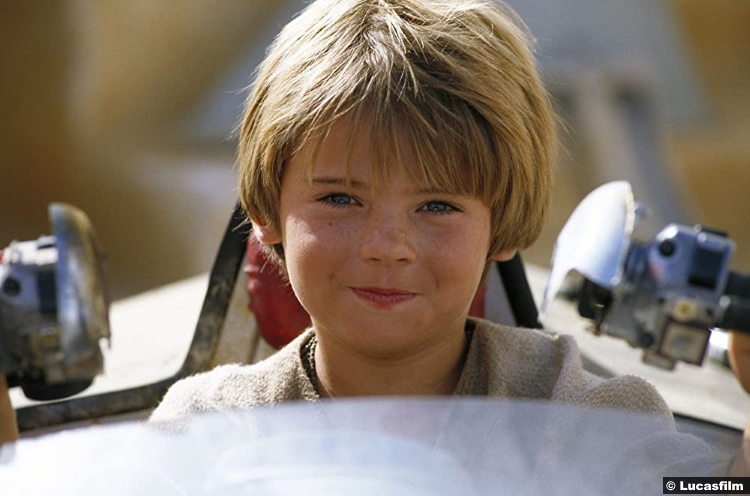 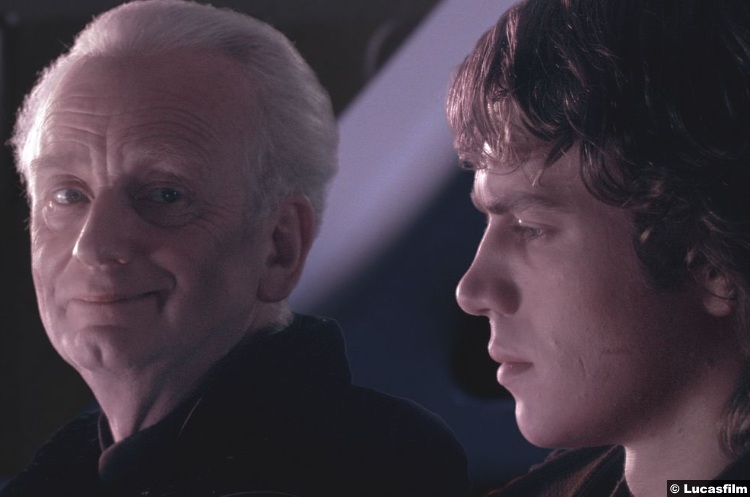 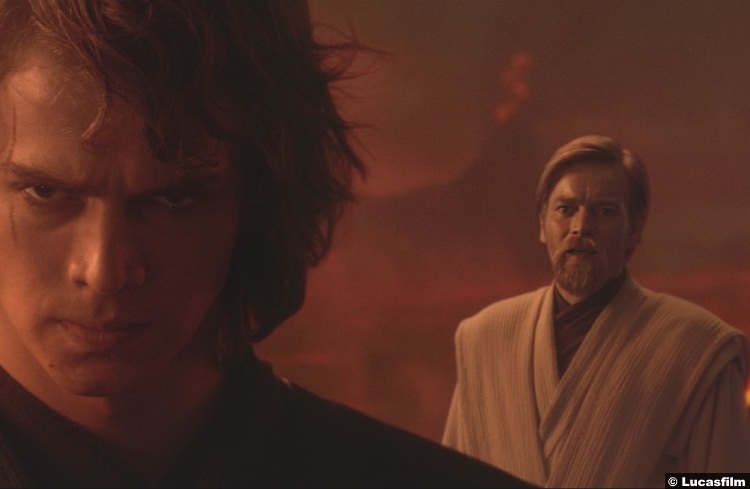 There was no strong idea where the original trilogy was going. It wasn’t even supposed to be a trilogy. It was just a movie: Star Wars. It had a solid three-act structure and ended with things mostly satisfied. The only hanging chad was Darth Vader, who got away (a trope lifted from the old adventure serials Lucas grew up watching: Always leave a thread to pull later, just in case). The second movie came and still, there was no hint at ending it at three. Instead, they were planting seeds for movies three, four, five, and even six. Lucas said at times he was envisioning twelve Star Wars movies. Sometimes he’d say it was nine, sometimes six.

Lucas changes his mind a lot, even about his own memory.

And yet, Empire Strikes Back worked as a sequel, and as a set-up, and as the middle act of a trilogy. It’s actually amazing how well it works as a middle-act since, again, it wasn’t written or shot to be. And yet, like every good middle act, the heroes are reeling, the enemies are winning, hope is fading, and we’re left to wonder “how will they get out of this?”

In ROTJ they get out of it. That’s the job of a third movie in a trilogy. It has to resolve the story while also telling its own good tale. ROTJ works as Empire part 2 (wrapping up the Han rescue and bringing closure to the Luke/Vader drama), as well as the final act in the trilogy (the Empire is defeated, the Jedi return, the Galaxy is brought back to how things were before). So as a stand-alone and a closer, it works. It’s not perfect, but it works, despite the original trilogy not being planned out in advance. 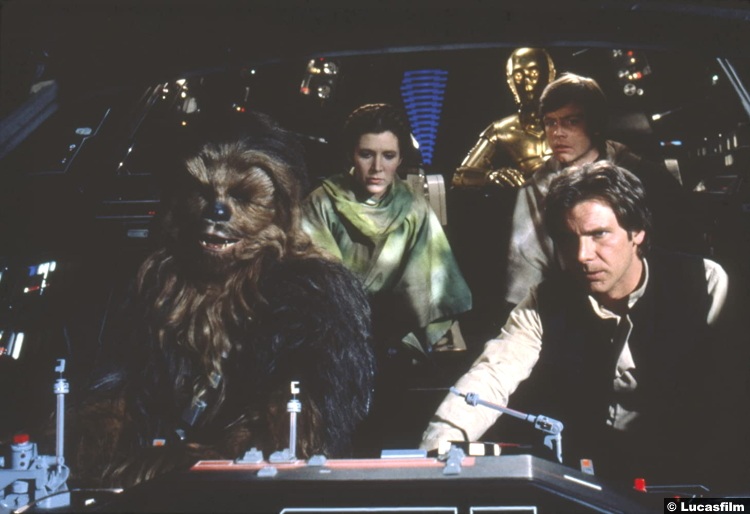 The Rise of Skywalker doesn’t work.

It doesn’t work as a trilogy-ender because it doesn’t respect the movies that came before it, including one that was directed by JJ Abrams himself. Here’s the Sequel Trilogy as I see it: In The Force Awakens, a bunch of questions are asked, in keeping with Abrams’ “mystery box” gimmick. These questions needed to be answered and dealt with in subsequent movies. This is standard for the first movie in a series. Look at Episode I: What’s the deal with Darth Sideous: That’s the question. It is answered in Episode II: He’s using war to gain universal power. It is dealt with in Episode III: He wins.

What’s the big question in The Force Awakens? “Who is Rey?” That’s the big question. A second one is “Where is Luke and why is he gone?” but that’s answered in the movie itself. Han says he went into exile after a student fell to the dark side. We later find him as the movie ends. So the question is asked, who is Rey, and it is answered in movie two: “She’s a nobody.” That’s, as I’ve said, a wonderful answer. She assumed she was somebody important but in fact, she’s just a rando with the power of the force, just like any number of other randos with the same power sprinkled throughout the galaxy (like the boy with the broom whose only purpose is to put a face on that very idea). Facing the reality of being nobody is hard; it’s a gut punch, but the real fallout is left for the third movie to “deal with it.” 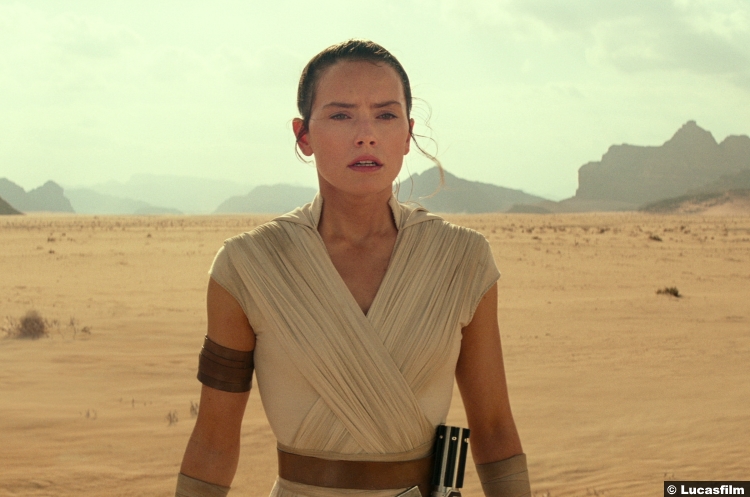 So what does the third movie do?” It says “forget the answer in movie two, here is a different answer and the dealing with it all in the same movie.”

We can go on about all the ways it failed as a movie (see the article above) but just from the standpoint of a “part three,” the movie had an obligation to finish the story being set-up. It doesn’t matter that the two stories before it were written on the fly; the same was true of the original trilogy. Return of the Jedi didn’t say “nevermind Luke, Vader isn’t your father; he’s actually the long lost son of General Grabblehorn, a new villain that we have to meet, get to know, be betrayed by, chase down, and defeat, all in the final forty-five minutes. Don’t worry about Vader anymore; he no longer matters.” That would be stupid. No one would accept that. It isn’t good storytelling. When you sign on to do a “part three of three” you have to work within the limitations of the trilogy: What came before has to be respected and used to provide a conclusion that makes sense. The Rise of Skywalker didn’t do that. Whether it’s because JJ is a crappy storyteller, or didn’t know what to do with Rian Johnson’s answers in TLJ, or just didn’t care and wanted this movie to be both his sequel to TFA and his sequel to his sequel, it doesn’t matter: The movie fails as the ending of the sequel trilogy. 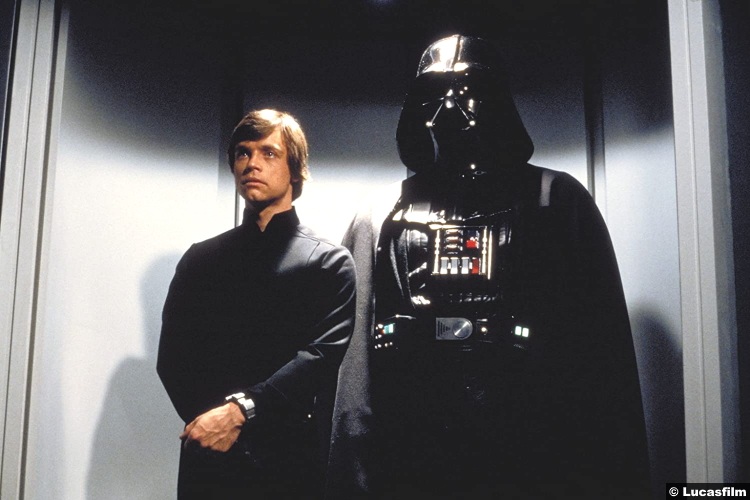 And, even worse, because it failed, fans who hated The Last Jedi will have ammo to continue blaming it for “tanking the trilogy.” Nevermind the fact that, had TROS actually built off of what TLJ established, it could have brought the trilogy to a nice thematic close. If it had, fans—years from now—when the hysteria has died down, and the movies have become a codified part of fandom, could have examined this trilogy for the three-part story it was.

Instead, tainted by the ending, this trilogy will forever be seen for the three-part story it wasn’t.