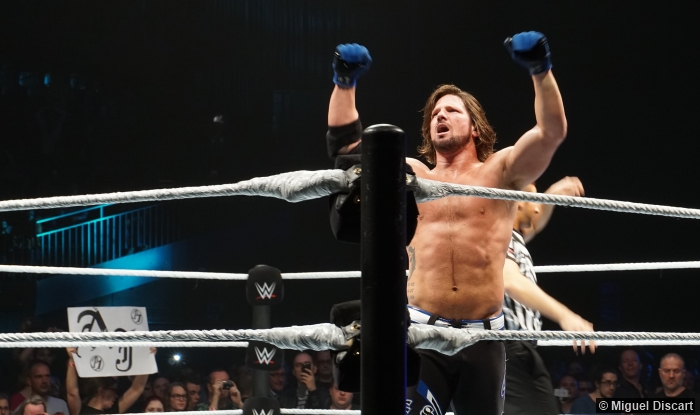 The 876th edition of WWE Thursday Night SmackDown came to you from the BMO Harris Bank Center in Rockford, IL. On RAW, a moment for the ages took place as, for the first time ever, “The Phenomenal” AJ Styles shared the ring with the returning John Cena in a moment that the world that would never happen. However, what started as a surreal moment would quickly become uncomfortable once Luke Gallows & Karl Anderson came out to confront AJ Styles, but just a week after the two sides agreed to go their separate ways, it would prove to be a ruse as Styles would cheap shot John Cena before the three members of The Club would deliver a beat down on the fifteen-time former World Champion with AJ Styles refusing to stop the assault until Gallows & Anderson were forced to hold “The Phenomenal One” back. After laying waste to not only John Cena, but The New Day as well on RAW, The Club would be on SmackDown. What will The Club’s next order of business be after their attacks on John Cena and The New Day?