WWE Money In the Bank 2016 Review: It happened!

Money in the Bank 2016 wasn’t money most of the night though there were some very special moments and one phenomenal match.

The Rollins/Reigns match had some magic at times, but seemed stagnant for much of it. This may have been due to a generally underwhelming show preceding it, the build that wasn’t great or the fact that Reigns was booked as a heel but not but was and wasn’t. Get it? Me neither. Reigns fought from on top for most of the match which was also confusing though I’ll take a clean Rollins win any day. Top that off with Ambrose winning with a cash-in and this sequence of events was, in fact, money. Sadly for Roman he’s just A guy now and not THE guy. Luckily for us THE guy is a worthy champion who’ll be entering a triple threat scenario for most of the summer with his THE Shield brethren. To think WWE actually took what would be the fan favourite scenario of all three Shield members holding the belt in a single night and made it a reality. Sometimes the most obvious booking is the best and can still surprise the most hardcore of fans when it happens.

The Money in the Bank match was one of three I anticipated as being something special and this was just very good. I really like all of the competitors minus Del Rio. He’s just so bland and that double stomp needs to stop. My campaign starts now “Stop the Stomp! Stop the Stomp!” Before I get any more side tracked the right guy won for the dream scenario to happen later. Other than the previously mentioned stomper I wouldn’t have minded any of the other competitors in the match winning. Ambrose made the most sense story-wise though Kevin Owens would’ve been the most fun as a heel teasing cash-ins for months. Again, we have a new champ thanks to this match and his name is Dean Ambrose.

Big Match John vs The Phenomenal One 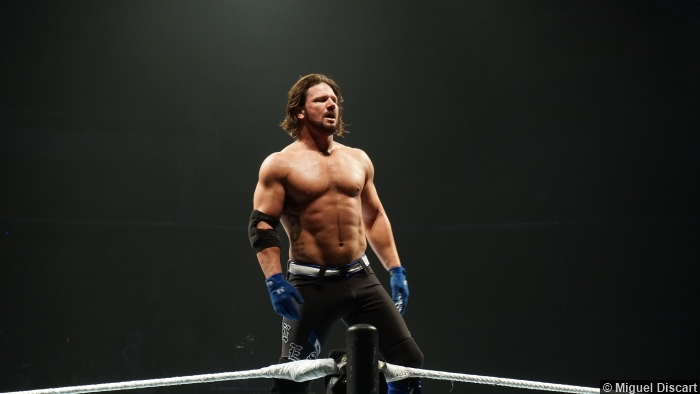 This is one of the few dream matches left as far as guys approaching 40 who’ve never fought. The build was simple and obvious and it totally worked. Indie guy wants Cena’s spot and Cena is going to protect it. I’m in. The match had some back and forth with John being subtly thrown off his game due to how good AJ really is. Cocky, self-assured AJ is truly something special and I hope he gets at least one more win out of this feud. Ultimately he’s the heel and will have to take a loss sometime because odds and overcoming them are what Cena does. The finish was the simple and obvious way to go and it worked. The match is really something special with it being a dream match and the competitors delivering in spades. AJ has proven yet again that he’s money in the bank. As spectacular as this match was it really felt like Chapter 1 and there’s lots of story left to be told between the ropes. I can’t wait!

This show was filled with a lot of duds so I’m going to address them as quickly as possible.

The opening double clothesline spot took me aback and I was really impressed that Rusev got a decent match out of Titus. Rusev then took it to another level taunting O’Neal’s kids in the front row post match. This shows how special a talent Rusev is is. Him mocking their dad then saying “Happy Father’s Day” is more entertaining than half of this card.

Another awkward match in a series of awkward matches from the women’s division since Wrestlemania. That triple threat was the best match on the Show of Shows and since then it’s been getting more and more dull. Nattie turning heel has potential and it was the only thing that had my attention before, during or after the match.

Another awkward match where the timing was all off. With the finish of the AJ/Cena match later in the card being what it was I’d have put the belts on The Club here just to make them feel all the more important in that story. It also would’ve given New Day an obvious foe while Enzo & Cass and The Vaudvillians could get mixed back in with the other tag teams for now.

Corbin vs Ziggler & Sheamus vs Crews

The less said about these two yawn fests the better. I’m sure this was meant as a showcase for both since they’ve been on the preshow so much but please let Corbin and Ziggler move on after this definitive win. The match went forever and I couldn’t have been less invested with the story being finished a month ago and Ziggler turning heel a couple of weeks ago or did he?

I want Crews to do well, however, he really needed another year or so in NXT to marinate his skills. He’s just not connecting as well as he should be for a person with his skill set.

Admittedly I was BBQing so I had this on in the background. FaBreeze (I refuse to call them by that other terrible name) are a great comedy tag team. Maybe if they’re left to do their thing they could turn into a New Day Lite.

Side Thought: What does it say about the Usos when there were three tag team matches involving 8 different teams and they couldn’t even get on the preshow? Is one of them hurt?

Anyway, the Lucha Dragons beat the Dudleyz because the veterans’ stock wasn’t quite low enough. 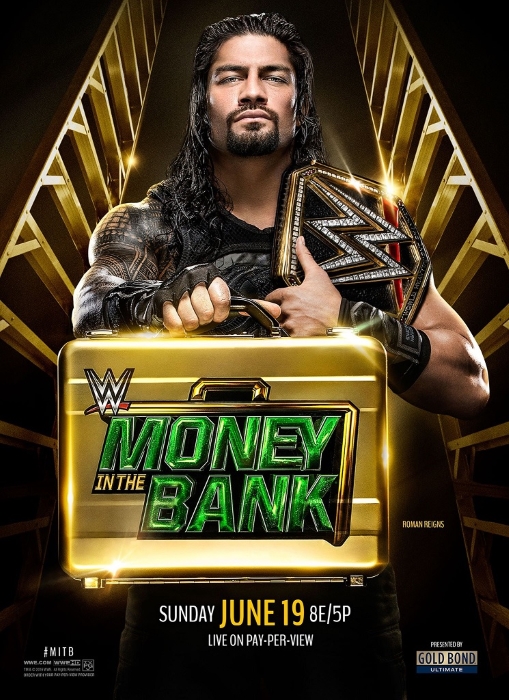 Overall this show was a bit of a slog with Cena/AJ: Chapter 1 and Rollins then Ambrose winning the World Title being gems. Roman can drink all the smark tears he wants. Tonight we drink his.