At first glance, the specter of the past hangs heavily over Midnight Special. From the official poster, which conjures the memory of a blanket-wrapped E.T., to the plot, which will remind cinema fans of Firestarter, 80s scifi is everywhere. But that doesn’t mean it’s all been there, done that. Art can’t help but be influenced by the time in which it’s produced and there are concerns in this movie that might never have occurred to someone making movies in the greed decade. 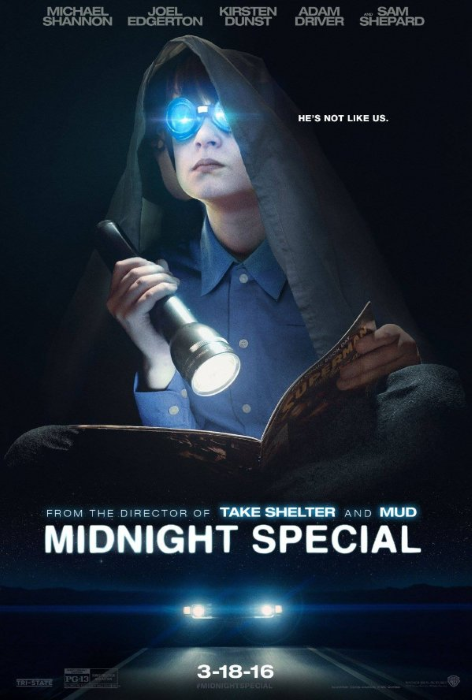 I’m getting ahead of myself, though, as if the urgency of the movie’s world has infected me. That urgency is communicated to us at the start, when we meet young Alton (Jaeden Lieberher), who’s holed up in a darkened motel room with two men, Roy (Michael Shannon) and Lucas (Joel Edgerton). Alton is the subject of an Amber Alert. We know he is special from that start, even without the poster telling us, “HE’S NOT LIKE US.” It’s obvious that Roy and Lucas are hiding Alton and while it’s soon clear from whom they’re hiding him–the government and a religious cult–the why of it all isn’t fully revealed until the end. We know Alton is photosensitive, we know his eyes light up much like E.T.’s fingers, and we know he has some other strange abilities. Once we meet the cult, whose members are rounded up and interrogated by the FBI, we learn that Alton also speaks in tongues and that he’s communicated to the cult a series of numbers. Those numbers have meaning to the government, as they refer to classified information. That’s when the NSA shows up, in the form of agent Paul Sevier (Adam Driver), and that’s what I meant when I mentioned modern concerns.

A certain concern (paranoia?) about the government has been a part of scifi almost since its origins–look at the movies about alien invasion or monsters created by government experiments–but the specific presence of the NSA in this movie is particular to this modern world. Entertainment in the 20th century depicted government surveillance, of course, but it wasn’t until this century that we learned the extent to which we are actually surveilled and the extent to which we can be. This movie isn’t the first appearance of the NSA in film–1984’s Starman, another obvious influence, is–but there’s no doubt that the Agency isn’t as familiar a presence in pop culture as say, the FBI. 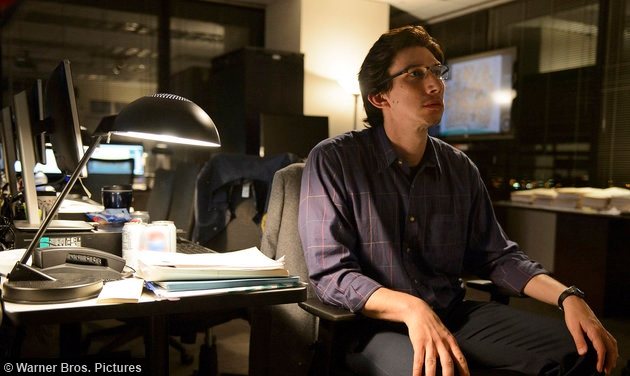 And it’s pop culture that helps shape our view of the world. From the G-Men of the 1930s gangster movies to the agents we see in movies and TV today, FBI agents are like super-cops. So what is the NSA? Lately they’ve been depicted as super-geeks, as on The Good Wife. Midnight Special is a little in the same vein. Nichols (and casting director Francine Maisler) make it interesting by making the NSA agent Adam Driver, who doesn’t look like the pop culture stereotype of the government man, unless maybe that government man is Fox Mulder. Agent Sevier doesn’t act like a stereotype, either–he’s not a win-at-all-costs crushing force. Like Mulder, he wants to believe. He recognizes that Alton isn’t like us, and while he sees the danger–little light eyes over there knocked a satellite out of the sky, accidentally or not–there’s still an air of hopefulness to him. It’s an intriguing characterization that speaks to both Nichols’s creativity and Driver’s smart choices.

But that’s not to say that Adam Driver is the only standout. Michael Shannon makes even middling material better just by his mere presence, but he doesn’t have to do that kind of heavy lifting here. As it turns out, he’s young Alton’s father, and Shannon ably communicates the fear he feels for his extraordinary son and the overwhelming need to protect him. Showing that her recent turn on TV’s Fargo was not a fluke, Kirsten Dunst (as Alton’s mother Sarah, who gave him up to protect him) is also fantastic. So is Joel Edgerton. So is everyone, including Lieberher. This is a great marriage of actors and material. They are each given difficult roles to play and they all put it off. No one feels flat or made up. 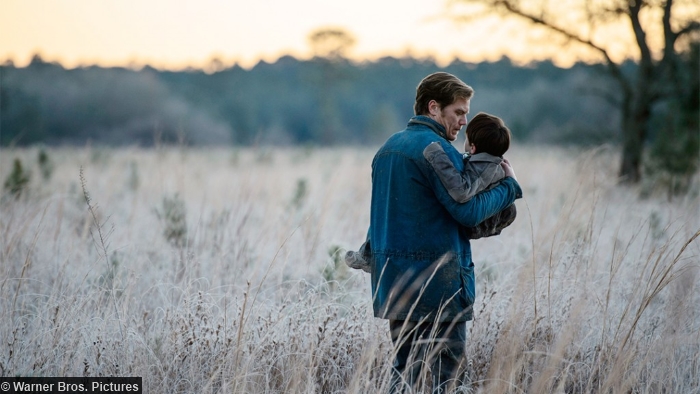 And that’s quite a feat for a movie about a magic boy. What drives that magic? Well, you’ll have to see it for yourself. But at heart, Midnight Special is a chase movie. And it’s that heart that matters. As I watched the film, I kept thinking “Spielbergian,” because there’s so much of the man in it. The distinguishing mark of a successful Spielberg film is its heart. Frequently, there’s a character who has faith, who trusts that they’re doing the right thing. I could use many words to describe Spielberg, but cynical wouldn’t be one. And it’s that lack of cynicism that illuminates Midnight Special. Like Agent Sevier, Alton’s parents and family friend Lucas want to believe. The boy has to be at a certain set of coordinates by a certain day and time and they move heaven and earth to get him there. Because they believe. And because I’m a Mulder at heart, I too want to believe.

So that’s why it’s a shame that Nichols doesn’t quite stick the landing. Midnight Special ends with more of a solid answer than Take Shelter did, but I felt like that took away some of the magic. Nevertheless, there’s enough wonder the rest of the time to make up for that.

8/10 – Like the recent 10 Cloverfield Lane, Midnight Special effectively uses tension and keeps you guessing until the end. That ending is the weakest part, but it’s a small price to pay for the moving and deceptively simple tale that comes before.