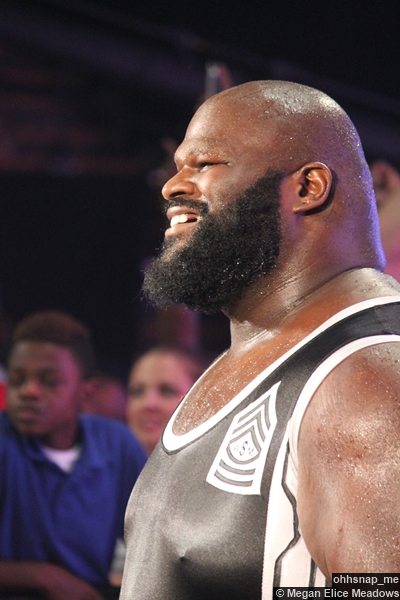 Four nights after Fastlane, the 862nd edition of WWE Thursday Night SmackDown came to you from the Bankers Life Fieldhouse in Indianapolis, IN. This past Sunday at Fastlane, Roman Reigns survived a chaotic Triple Threat Match against Dean Ambrose and Brock Lesnar to punch his ticket to WrestleMania where he will challenge Triple H for the WWE World Heavyweight Championship in the main event. However, what followed a great night for Roman Reigns at Fastlane would turn completely around on RAW the next night. In the midst of a one-on-one match between Roman Reigns and Sheamus, WWE World Heavyweight Champion Triple H would come out in street clothes with his hands taped up, clearly ready for a fight with his WrestleMania opponent. Never one to back down from a fight, Reigns would trade blows with the champion, but a well-placed ring bell shot to the throat by “The Game” would mark the beginning of a brutal assault at the hands of Triple H. The champion would repeatedly smash Roman’s face into the announce table which annihilated the face of Roman Reigns and, with blood absolutely covering Reigns face and body, Triple H would tee off with right hands directly to the bloody and broken nose of his WrestleMania challenger before finishing Roman off with a Pedigree on the steel steps. As a result of the heinous assault, Roman Reigns was forced to undergo emergency nasal reconstruction surgery. Now, just three nights after brutalizing Roman Reigns on RAW, Triple H would be on SmackDown as the WWE World Heavyweight Champion would address his assault on Roman and his upcoming title defense at WrestleMania.