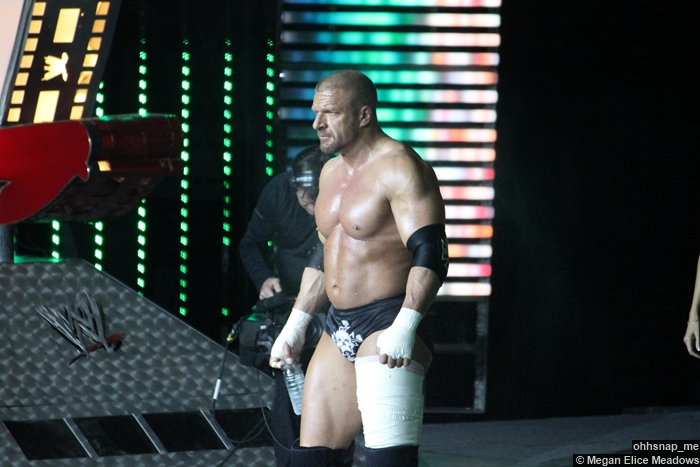 One night after Fastlane, the 1187th edition of WWE Monday Night RAW came to you, live, from the Joe Louis Arena in Detroit, MI. The main event of WrestleMania is now set as, after winning a grueling Triple Threat Match against his “brother” Dean Ambrose and “The Beast” Brock Lesnar, Roman Reigns will get his shot at revenge as, for the second year in a row, Reigns will be in the main event of WrestleMania where he will challenge Triple H for the WWE World Heavyweight Championship! What will both champion and challenger have to say on RAW now that their WrestleMania showdown is set? What is next for Brock Lesnar and Dean Ambrose after failing to win the Triple Threat Match? Also on RAW, a prestigious new award will be handed out as the first ever recipient of the Vincent J. McMahon Legacy of Excellence Award will be given to a deserving individual to kick off RAW? Who has been deemed worthy of this honor bearing the name of the forefather of WWE?