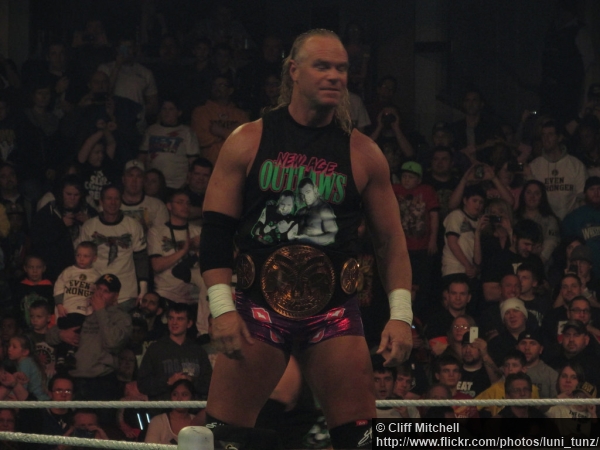 The Wrestling Observer broke the news today that WWE has released Billy Gunn (Monty Sopp) from his contract as a trainer at the WWE Performance Center. The firing came as a result of testing positive for elevated levels of testosterone back in July at a powerlifting competition. WWE was not made aware of the positive drug test until a few weeks ago nor were they aware that Billy Gunn was even competing as a powerlifter.

Billy Gunn made his return to WWE in December 2012 and was assigned as a trainer for NXT, making several appearances for the company, most notably reuniting with Road Dogg to reform The New Age Outlaws and the pair even held the WWE Tag Team Titles for a short time. Most recently, Billy Gunn was one of three coaches on the revamped WWE Tough Enough (alongside Booker T and Lita). Overall in his WWE career (1993 to 2004 and 2012 to 2015), Billy Gunn is a 1999 King of the Ring winner, a one-time Intercontinental Champion, two-time Hardcore Champion, ten-time World Tag Team Champion (3 reigns with Bart Gunn, 5 with Road Dogg, & 2 with Chuck Palumbo), and one-time WWE Tag Team Champion (with Road Dogg).

What do you think of Billy Gunn’s release? Post your comments in the box below.