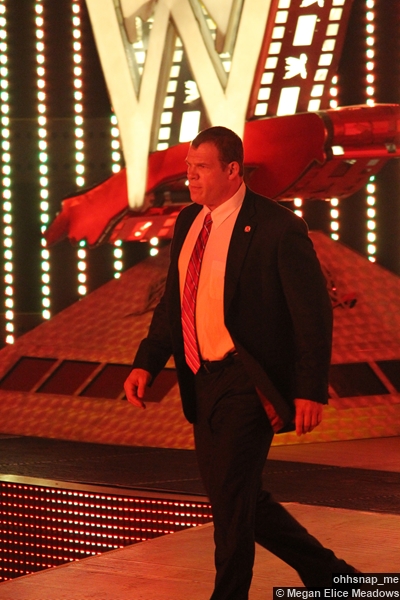 Four nights after Night of Champions, the 840th edition of WWE Thursday Night SmackDown came to you from the American Bank Center in Corpus Christi, TX. WWE World Heavyweight Champion Seth Rollins has had one of the most unusual weeks in his career as, after a questionable night at Night of Champions where he lost the United States Championship to John Cena but narrowly retained his WWE World Heavyweight Championship against Sting, Seth Rollins would feel the wrath of the returning Demon Kane, who would leave the champion lying with a Tombstone Piledriver. Then, the next night on RAW, the WWE World Heavyweight Champion would enter the office of The Authority to find Corporate Kane standing there. Claiming no recollection of his actions at Night of Champions, Corporate Kane would go about his duties as the Director of Operations all the while claiming to The Authority that he hasn’t seen his mask since handing it over to Stephanie McMahon, but at the end of RAW, it was Demon Kane showing up again, this time, popping up through the ring and dragging Seth Rollins down below the ring into Kane’s personal hell! With the world just as puzzled as Seth Rollins and The Authority, Kane is set to kick off SmackDown, but which Kane will we get? Will it be the destructive and unforgiving Demon Kane or the smiling, mild-mannered Corporate Kane?