WWE: “Rowdy” Roddy Piper passes away at the age of 61 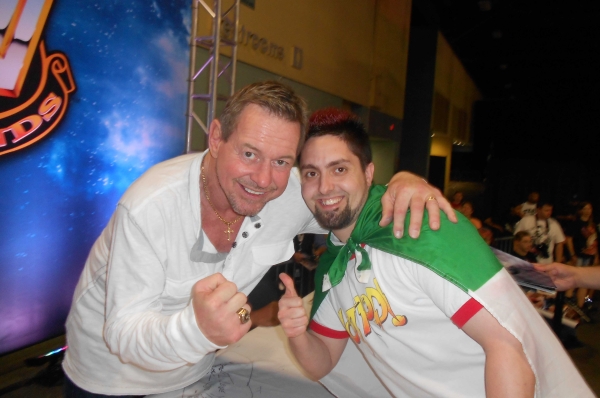 TMZ originally broke the news earlier today that WWE Hall of Famer “Rowdy” Roddy Piper (Roderick Toombs) has passed away at the age of 61. The former Intercontinental Champion died of cardiac arrest in his sleep on Thursday and was discovered today at his home in Hollywood, CA. WWE Chairman & CEO Vince McMahon commented on the passing of Piper, “Roddy Piper was one of the most entertaining, controversial and bombastic performers ever in WWE, beloved by millions of fans around the world. I extend my deepest condolences to his family.”

In a wrestling career spanning more than four decades, “Rowdy” Roddy Piper will most likely be remembered for his controversial and always entertaining Piper’s Pit segments, where “Hot Rod” interviewed some of the biggest names in wrestling, including Bruno Sammartino, Hulk Hogan, Andre The Giant, Adrian Adonis, Stone Cold Steve Austin, Jimmy “Superfly” Snuka, John Cena, Chris Jericho, and even actor Morton Downey, Jr. One such Piper’s Pit saw Piper infamously smash a coconut over the head of Jimmy Snuka while another saw the unforgettable start of the Hogan/Andre feud leading into WrestleMania III. Piper also competed at the very first WrestleMania in 1985, teaming with Paul Orndorff to face Hulk Hogan and Mr. T and would continue to make his mark on the biggest event in wrestling, facing Mr. T in a boxing match at WrestleMania 2, a Hair vs. Hair Match against Adrian Adonis at WrestleMania III, a controversial match against Bad News Brown at WrestleMania VI, defending the Intercontinental Title against Bret Hart at WrestleMania VIII, serving as the Special Referee for an “I Quit” Match between Bret Hart and Bob Backlund at WrestleMania XI, and facing Goldust in a Hollywood Backlot Brawl at WrestleMania XII. In addition to creating countless memories in his legendary career, Piper was also a one-time Intercontinental Champion, one-time World Tag Team Champion (with Ric Flair), and was inducted into the WWE Hall of Fame in 2005.

What is your favorite Piper moment? Post your comments in the box below.