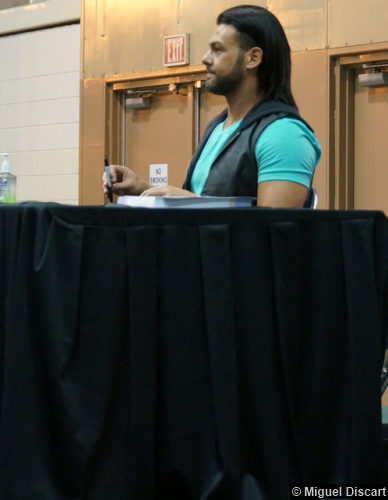 WWE.com broke the news today that WWE has come to terms on the release of WWE Superstar Justin Gabriel (Paul Lloyd, Jr.), bringing an end to Gabriel’s seven-year tenure with the company. Rumors are circulating that the high-flyer requested his release from the company yesterday and, despite Gabriel reportedly being booked to appear in the Royal Rumble Match, WWE granted Gabriel his release. After two years in WWE’s then developmental territory, FCW, Justin Gabriel would make his main roster debut in early 2010, taking part in the first season of NXT. This would lead to Gabriel joining Wade Barrett, Daniel Bryan, David Otunga, Skip Sheffield, Darren Young, Heath Slater, & Michael Tarver as a part of The Nexus, who made their infamous RAW debut on June 7, 2010. Gabriel’s involvement with The Nexus would lead to Gabriel’s first championship in WWE when he and Heath Slater won the WWE Tag Team Titles.

After refusing to join The New Nexus, Justin Gabriel would join Wade Barrett, Heath Slater, & Ezekiel Jackson in The Corre, a group that would allow Slater & Gabriel to regain the WWE Tag Team Titles. Following a knee injury in January 2013, Gabriel was out of action until April, where he was unsuccessful in an Intercontinental Title match against Wade Barrett. Gabriel would then be relegated to appearing on WWE Main Event and Superstars while making occasional appearances in battle royals on RAW, SmackDown, and the occasional pay-per-view. Justin Gabriel’s last television appearance for WWE was on the January 14 episode of WWE Main Event, where he lost to Rusev.

What do you think of Justin Gabriel’s release? Post your comments in the box below.