With WWE going all out to re-brand most of their PPV events (as I expounded on with my last review for Over the Limit) to match their particular gimmick, up steps June’s offering and, when up against stipulations like TLC, Elimination Chamber, Hell in a Cell and even the Royal Rumble itself, Fatal Four-Way matches seem particularly tame in comparison.

Now, don’t get me wrong; WWE are usually on the money when it comes to multi-man matches, especially when we get to the obligatory finisher-after-finisher, near-fall-after-near-fall sequences, but, for me, a Fatal Four-Way Match isn’t a stipulation to sell a PPV on. That was my thoughts going in and, despite enjoying the majority of the show, that’s still my way of thinking now.

In fact, to go on a slight tangent for a second, with the exception of the Royal Rumble, Survivor Series and Elimination Chamber (the latter has been established for a long time at the February PPV), these gimmick matches (particularly Hell in a Cell) are meant to be part of a long-running rivalry that needs the demonic structure to contain them. Orton v Cena worked inside the Cell, as did DX v Legacy, while Undertaker v Kane from this year also fit nicely due to the history of the characters and that it was during a Hell in a Cell Match (almost exactly thirteen years previously) that Kane first appeared, but when you have a match that’s just announced and then put inside the Cell with no real feud behind them, it just dilutes what the concept is supposed to be about.

OK, now that I’ve got that rant off my chest, let’s get back to the PPV. 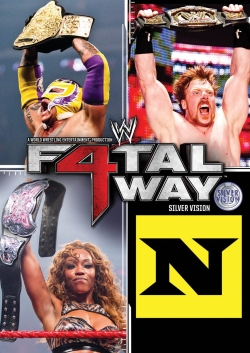 The opening video, with scary-voice-over man in top form, sets the right tone, however, that being said, his claim that “at 25%, these are the worst odds faced by a champion,” doesn’t really hold water when you consider that Scramble Matches feature five wrestlers (20% chance) and Elimination Chambers feature six-wrestlers (17.5% chance), but for building this event, it’s a nice bit of hyperbole.

Opening the event with Vince McMahon is a nice to way to explain Bret’s absence (Nexus basically killed him on RAW) and there was also a sweet piece of continuity when Drew McIntyre came out before McMahon had left the stage. Both men shared a handshake and some inspiring words to keep the “Chosen One” gimmick running strong.

As with the last PPV, Drew was wrestling Kofi Kingston for the Intercontinental Championship in the opening match. As an added wrinkle, Teddy Long (Smackdown’s GM) was ordered to be at ringside. This didn’t distract from the bout too much, with Kofi and Drew having great chemistry together. They got the time they deserved (this was the second-longest match of the night) and put together a great story. Drew’s powerbomb counter was phenomenal too.

The Diva four-way was inoffensive enough and didn’t outstay its welcome (besides, any excuse to have Maryse on TV is alright in my book), while the next match on the card, Jericho v Bourne (set up amazingly by a pre-match Jericho promo), was MOTN by a wide margin and could have gone another 5-6mins easily. It’s unfortunate that Bourne hasn’t really been utilised since this match happened, but then, that’s been the story of WWE as a whole; push someone, they start to get over, the company lose interest and the cycle repeats once more.

The Smackdown four-way is almost an afterthought, which is a shame, but the way CM Punk’s fate is well played and the finish flows nicely from that. Unfortunately, for me, the wrong person won and this basically rendered Jack Swagger’s MitB/title win redundant.

Speaking of redundant, this moves us on to R-Truth, someone who is neither hot nor cold, he’s just there. His rivalry with Miz over the US Title was really only keeping Miz treading water on RAW until he could move on to a worthwhile rivalry. Thankfully, this has now happened. That being said, the match isn’t too bad, but could (and should) have been a good four or five minutes shorter, and it did give us Miz’s version of Truth’s entrance.

Before the main-event, we get treated to a throwaway match between The Harts and The Usos, a rivalry that had potential, but both teams were kind of forgotten by the writers/management and have gone nowhere. It’s a damn shame, truth be told, that this happened, because WWE shoot themselves in the foot over and over again when it comes to their tag-team division. Teams get established and then break up all the time when, in reality, keeping them together and having a thriving (for the current era) division wouldn’t be hard to do. The Hart Dynasty, The Usos, Legacy, Nexus, The Colons, The Dudebusters, Cryme Tyme, Hawkins & Archer and Kozlov & Santino, while not all being “teams” and not all being good, could comprise of a nice cross-brand tag-team division, with it revolving around a number of tandems.

But I digress; the six-person contest is inoffensive and passes the time enough until the main event, which is easily the best of the titular gimmick matches on the card. Before the opening bell, we get the now standard wrestler introductions with everyone in the ring at the same time, which, for me, adds an amazing amount of big-time atmosphere to a championship contest.

The crowd, who had been hot-and-cold throughout the night, really came alive for the last match, being vocal from the opening bell to the bout-ending three-count. The usual “wrestlers out on the floor so there is only two in the ring” action dominates the opening minutes, but once we go past the half-way point, it’s full steam ahead until the incredibly heated (albeit a tad cheap) finish. During the course of the match, Orton’s body movements, facial expressions and body tics really highlight how fantastic he is on a subtle psychological level. The successor to Jake Roberts’ crown is high praise indeed, but it fits perfectly. It was also great to see the continuation of the awesome NXT angle from RAW at the end of the show. The birth of what would become known as Nexus was a joy to behold. It had been a long time where an angle on WWE television had truly excited me with the possibilities.

A single extra is a bit stingy, but what we do get is an interesting little piece of footage. During the main-event, The Hart Dynasty, R-Truth and Evan Bourne are watching the match on a screen backstage. Nexus (of course, they’re not called that yet) attack them then run in to interfere in the actual match. What this extra shows is the backstage attack from the Nexus point-of-view. We see them spying on the four WWE wrestlers and discussing the plan before launching the attack we saw on the PPV.

It was a nice little thing that WWE would be well advised doing again for other angles.

Short for a WWE pay-per-view and two-and-a-half hours, you could kayfabe the shortness of the show on the run-in by Nexus causing the event to end early, but that’s only if you were really desperate to justify it.

Four good matches, one great match and two passable outings is a good innings for a seven-match card, but it’s annoying that Evan Bourne, The Hart Dynasty and The Usos all had their pushes stopped between this show taking place and today, as they had potential to be great slots in the upper-midcard ranks.

Overall, this a decent enough show if you can find it for around £10, but I wouldn’t pay any more than that for it unless you absolutely have to have a complete collection of WWE releases.