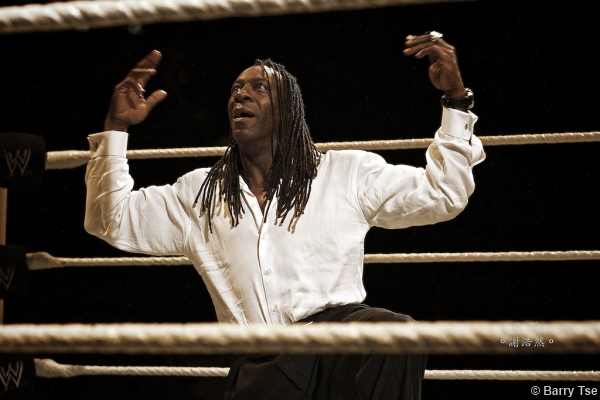 WWE.com made the announcement on Thursday that there will be some big changes made to the RAW and SmackDown announce teams starting with next week’s RAW as, starting this Monday night, Michael Cole will be joined by John “Bradshaw” Layfield and WWE Hall of Famer Booker T on a permanent basis while longtime RAW commentator Jerry “The King” Lawler will be moving to SmackDown, where he will join Michael Cole and Byron Saxton once SmackDown returns to Thursday nights next week.

After Jerry Lawler was hospitalized with diverticulitis last week and was unable to call RAW this past Monday night, so Booker T filled in for “The King”, but now it looks like Booker will be returning to the announce position on a permanent basis. After Booker’s return to WWE at the Royal Rumble in 2011, the six-time World Champion became a color commentator for SmackDown, a job that he held until July 2012 when he was named the General Manager of SmackDown. Jerry Lawler, on the other hand, has been a mainstay of the RAW announce team for nearly 20 years, first joining the announce team alongside Vince McMahon in 1995.

What do you think of the new announce teams? Post your comments in the box below.