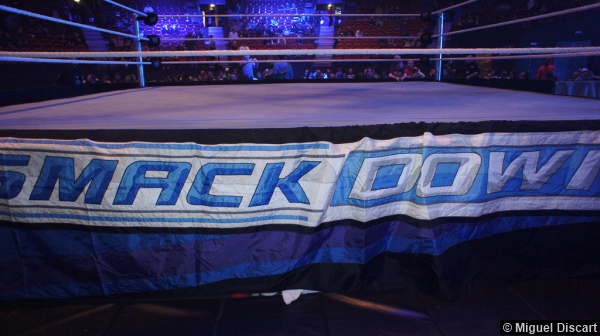 PWTorch.com is reporting that, according to the television schedule on Syfy.com, SmackDown will be returning to Thursday nights starting on October 2 with the final episode of Friday Night SmackDown airing on September 26. This change coincides with the start of the new television contract between WWE and NBC Universal (which owns Syfy) and more than confirms the rumors that started earlier this month when a picture was tweeted out of a repainted WWE production truck for SmackDown featuring the new day. This will be the first time in nine years that SmackDown will air on a Thursday night for the first time since September 1, 2005.

What do you think of SmackDown returning to Thursday nights? Post your comments in the box below.