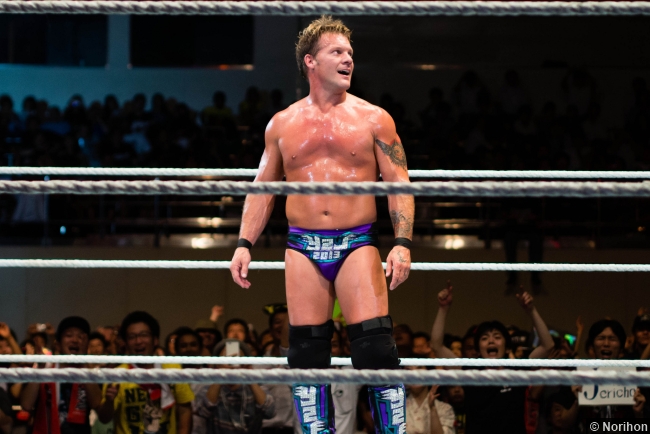 The 780th edition of WWE Friday Night SmackDown came to you from the American Bank Center in Corpus Christi, TX. In his continuing efforts to thwart The Authority’s plans of having Seth Rollins cash in his Money-in-the-Bank contract to become the WWE World Heavyweight Champion, Dean Ambrose would be in for a difficult night on SmackDown, courtesy of The Authority, as “The Lunatic Fringe” would be forced to face “Mr. Money-in-the-Bank” Seth Rollins and “The Devil’s Favorite Demon” Kane in a 2-on-1 Handicap Match! Given these insurmountable odds, will The Authority finally rid themselves of Dean Ambrose?

After his brawl with Rusev on RAW, Jack Swagger would kick off SmackDown as “The Real American”, with Zeb Colter in his corner, would go one-on-one with his former tag team partner, Cesaro. In the end, it was Jack Swagger catching Cesaro in the Patriot Lock, making Cesaro tap out to pick up the win. After the match, Rusev & Lana would come out to the stage as Lana says that, on behalf of Russia and Vladimir Putin, she challenges Zeb Colter & Jack Swagger to a Flag Match at SummerSlam between Swagger and Rusev! Zeb Colter says that real Americans never run from two things, a “party” and a “call to action” to defend their country. Zeb then accepts the challenge before saying that they will not be alone at SummerSlam because they will have a legion of real Americans behind them, leading the fans in proudly stating, “We the people”.

For the first time since his heinous assault on Roman Reigns on RAW, “The Viper” would make an appearance on SmackDown as Randy Orton would address his actions. Orton says that he does not have a problem with Brock Lesnar, but he deserves to be in the title match at SummerSlam, saying that Roman Reigns is the only person standing in his way. Orton continues, saying that, as long as Roman is around, he will never get his rightful shot at the WWE World Heavyweight Championship. Orton then addresses Roman Reigns, saying that he “dares” Roman to face him at SummerSlam, vowing to leave Reigns in a heap just like he did on RAW, telling Roman to “believe that”.

Following his shocking defeat of Bo Dallas on RAW, R-Truth would be looking for revenge for an assault he suffered after the match as R-Truth went one-on-one with Bo Dallas on SmackDown. In the end, it was Bo Dallas costing himself the match as he refuses to get out of the ropes, resulting in the disqualification. However, Bo Dallas would continue the assault, again leaving R-Truth lying as the referee breaks things up.

The Divas Champion was in action on SmackDown as AJ Lee went one-on-one with Rosa Mendes in a non-title match. The match starts out with Rosa Mendes screaming, “I want a title shot” and, a few moments later, Rosa was tapping out to AJ Lee’s Black Widow as the Divas Champion picks up an easy victory. After the match, AJ Lee was celebrating her victory on the stage when Paige comes from behind, shoving the Divas Champion off of the stage to the floor below! Referees and EMT’s quickly rush to AJ’s aid as Paige yells at referees and EMT’s to “be careful with my friend”. Paige then tells AJ to call her when she is feeling better before skipping off with a smile on her face.

Then it was time for Dean Ambrose to face insurmountable odds as “The Lunatic Fringe” would be forced to face “Mr. Money-in-the-Bank” Seth Rollins and “The Devil’s Favorite Demon” Kane in a 2-on-1 Handicap Match. During the match, Dean Ambrose would finally get a piece of Seth Rollins, hammering Rollins from corner-to-corner before Kane gets involved, tossing Ambrose over the ringside barricade. Determined to destroy Seth Rollins, Dean Ambrose returns to the ring with a steel chair, blasting Kane in the back with a steel chair for the disqualification. Ambrose follows this up with a chair shot to the back of Seth Rollins, but Kane would blast Ambrose with a big boot. Kane would then look for the chokeslam on the steel chair, but Ambrose would fight out, planting Kane on the steel with a DDT! However, Seth Rollins would narrowly escape Dean Ambrose’s wrath and Ambrose would take his anger out on Kane, jabbing Kane in the mid-section with the steel chair and slamming the chair into Kane’s back before using the chair to shove Kane out of the ring.

With Intercontinental Champion The Miz a guest on commentary, SmackDown would see “The Show-Off” Dolph Ziggler going one-on-one with Alberto Del Rio. During the match, The Miz would climb on the announce table, delivering an acceptance speech in an attempt to distract Dolph Ziggler. However, Ziggler would tune The Miz out for as long as he could, but when “The Show-Off” could not take it any longer, Dolph tries to get his hands on The Miz, but the Intercontinental Champion makes a quick getaway, escaping through the crowd. This would end up costing Dolph Ziggler the match as Del Rio delivers a kick to the skull of Ziggler back in the ring, locking in the Cross Armbreaker on Ziggler, making Dolph tap out to pick up the win.

Then it was time for the main event as, two weeks before he goes one-on-one with Bray Wyatt at SummerSlam, Chris Jericho would face The Wyatt Family’s Erick Rowan, with Bray Wyatt & Luke Harper in his corner, on SmackDown and, if “Y2J” wins, then Rowan will be banned from ringside at SummerSlam! During the match, the referee would suspect interference on the part of Luke Harper and the referee would promptly eject Luke Harper from ringside! In the end, Chris Jericho was able to take Erick Rowan down with the Codebreaker, pinning Rowan to pick up the win and ensure that Erick Rowan will not be a factor at ringside come SummerSlam! After the match, Jericho would dare Bray Wyatt to enter the ring and fight him, but Bray would decide to back off.