Don’t give up on NXT just yet…

This Thursday will bring us the second PPV-like special event for WWE’s Yellow and Black brand. NXT TakeOver promises to be more than just a two hour episode; major feuds will be resolved, champions will be crowned and–as with ArRival–a preshow will kick off the festivities, giving the event all the bells and whistles the A-show enjoys.

Back in February, when the WWE Network was newly launched and still getting its feet wet, the first major live event to air was NXT’s coming out party, ArRival. Before the days of the Network, NXT had been a WWE.com exclusive show. Before that it existed in the couple different iterations that most fans remember: the quasi-game show/sports entertainment program and a replacement C-show for ECW on SyFy.

After leaving network TV, most fans stopped paying any attention to NXT, which is a shame because it was only then that the format hit its stride. It became what it largely is today (without the visual flourishes that have been recently added): A WWE minor league filmed in front of a live audience. It became the place where promising future talent could hone their mic skills, test the waters of (sometimes outlandish) gimmicks, and adapt to the very particular “WWE-style” of wrestling.

With the launch of the WWEN, NXT was given a new home as the flagship live show and it kicked off in the best possible way. NXT ArRival was more than just a two-hour testing ground for the strength of the Network servers, it was also a showcase for Triple H’s pet project. He had taken an active role in the goings-on in Tampa, helping to launch the performance center and having a greater hand in the talent that is brought in to train there. ArRival was his own personal WrestleMania I; it may not have had the financial risk that Vince faced back in 1985, but it carried a professional risk as it was the first big event for the man who is heir-apparent to the WWE throne.

Thankfully, with only two exceptions, the event was a tremendous success.

Exception One: The late-hour one slump featuring Mojo Rawley in action and the Ascension squashing a too old Too Cool. Those moments occurred after a genuine Match of the Year candidate in Cesaro v Sami Zayn, and it highlighted the disparity between those at the top of the NXT talent pool (Zayn) and those at the bottom (Mojo).

Exception Two: Tyler Breeze’s selfie of doom. Don’t misunderstand, Breeze is one of the true gems of NXT and someone who hopefully survives the typically-rough early goings for NXT guys who move to the main show. His entrance is always a treat but unfortunately for many, it occurred right as the WWE Network spazzed out. Many people were stuck seeing that intro some half a dozen times, played on a loop, as the Network attempted to correct itself. By the time it did, the Shawn Michaels introduction to the NXT Championship ladder match had been lost, as had a portion of the match itself. 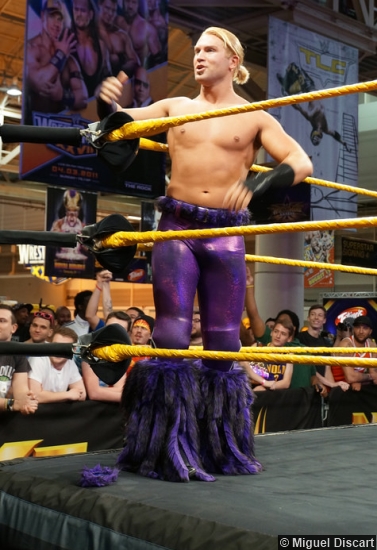 Those two hiccups were minor, however, when compared to the overall quality of the top three contests. The weakest of the three was the ladder match for the championship but even that was a genuinely great match. The aforementioned Zayn/Cesaro match that opened the show also stole the show and managed to make Cesaro into an even bigger star. The real highlight of the night, however, was the NXT Womens Championship match between Emma and Paige. It was easily the best WWE Divas match in a decade and signaled, more than any other moment in the event, that NXT was not WWE RAW-lite. 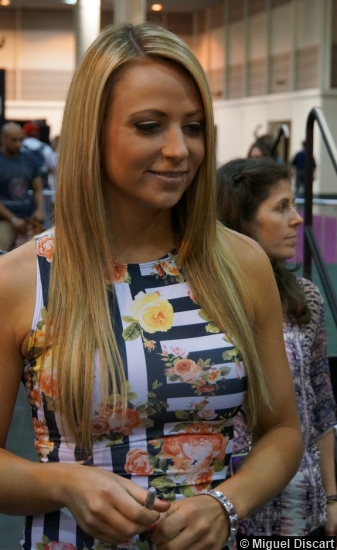 After ArRival, the show experienced a dip in quality. If ArRival was NXT’s WrestleMania, the weeks that followed were akin to the “Spring Slump” that often plagues the WWE main shows. Fans who tuned in to NXT for the first time at ArRival stuck around and expected that to be the norm. Instead, we were treated to more Mojo Rawley squashes, a go-nowehere feud with Sami Zayn and Corey Graves (which saw the uber talented Zayn spend most of the affair selling a concussion angle, and thus unable to really display his in-ring chops), and too many main-show also-rans like Great Khali and Brodus Clay, coming down and taking up time that could have been used to help develop NXT originals.

Many fans started tuning out, making the Thursday Night show less a must-see-live, and more of a “I’ll catch the replay if there’s something good on.” That’s the kind of apathy that has limited Smackdown’s potential from the Blue Brand’s very beginning. Rarely do fans go back and watch the replay. Eventually, they quit bothering to even look at the spoilers.

Much of the frustration stems from the lack of enough compelling characters to carry a show over the course of a month. Remember that NXT films four episodes at a time, meaning you’re only likely to see Sami Zayn wrestle once or maybe twice (one of which likely in a tag match). In the earlier days of NXT, when guys like Big E Langston, Seth Rollins and the Wyatts were running around, there was more talent to spread around. Now there are only a handful of truly compelling characters, and the rest serve as filler. The roster gets spread thin over the course of the month and that diminishes the quality of the individual episodes.

Lately, however, NXT has shown an improvement. The characters that fans care about are getting more of the spotlight, while the lesser characters are featured only sparingly. There are still some WWE main show players in the mix, such as Tyson Kidd and Nattie Neidhart, but they are used to enhance the talent around them, not to–as Sheamus recently did to Aiden English–just show up to squash someone.

There will likely be another period of turnover as Bo Dallas is leaving, Ascension is soon to be called up, and Charlotte will likely be debuting on RAW within a year, but at least there is some legit talent only now starting to blossom. Sasha Banks has potential to be the best heel Diva in a generation, Tyler Breeze’s praises can’t be sung enough, and Samuray del Sol has only just begun to make some noise. Others such as KENTA and Sami Callihan are waiting in the wings to make some noise. 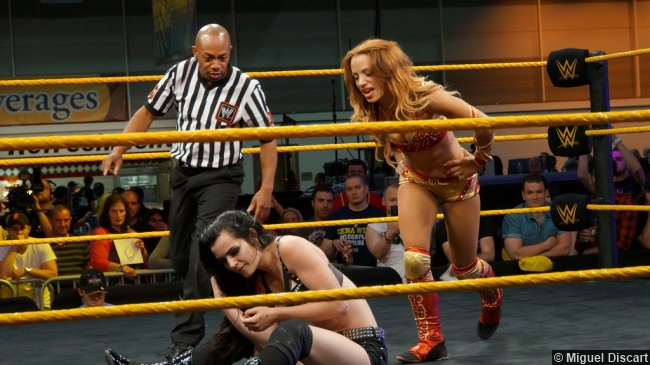 Are there some things that can be done to improve NXT? Sure.

Commentary needs to find a three man team and stick with it. The best combination seems to feature William Regal and Renee Young. Whichever play-by-play man they put in between them needs to be the guy every week in order for him to find a rhythm. NXT isn’t just about grooming the superstars of tomorrow. Michael Cole isn’t going to be around forever either. Is he?

The four-tapings a month has to go, for the sake of the crowd if nothing else. NXT’s audience is like a PG version of the old ECW crowds that used to rock the Hammerstein Ballroom. The fans know their wrestlers, they love to chant and engage with the action in the ring, they appreciate good wrestling and the variety of gimmicks on display, and they have no shame in telling you when you suck. They are, usually, the perfect audience for a roster of still-developing superstars. Sure, they can sometimes get too smarky, but by and large they know their role and how to perform it. Having to sit through four tapings, however, wears them down and it comes across on TV. I understand there are likely financial and logistical things to consider, but if they can cut it to two tapings, like the way WWF RAW used to be taped, it would really help prevent the audience from tiring out, not to mention it would help better utilize the talent.

There is great potential for NXT. Already it is–in this writer’s opinion–the number 2 wrestling show the WWE offers. I never watch Smackdown anymore. I check the spoilers and don’t bother throwing away my Friday evening for what is basically WCW Thunder. NXT, however, though it is taped, is a show I watch live and unspoiled. I love the atmosphere, the colorful cast of characters, the commitment to women’s wrestling, and the commentary that actually comments on the matches instead of shilling some new product.

You might have written NXT off in the weeks that followed ArRival. Don’t give up on it just yet; check back in with TakeOver right around the corner. Give the little wrestling show that could a second chance to win you over.