WWE Wrestlemania 30 Predictions: Picking a Winner for Every Match

The puzzle is finally complete. We now have the full card for Wrestlemania 30. Sure,  it isn’t the best card ever, but I think it’s tight enough to deliver one of the best Manias we’ve seen in a while. I’ve thought long and hard on these. Did some flipping. Some flopping. I’ve looked into my cloudy crystal ball and envisioned all the winners and losers for Sunday’s historic event.

Usos vs. RybAxel vs. Los Matadores vs. The Real Americans

I would swap RybAxel with Cody and Goldust, but this has the potential to be a very exciting match either way. Once you get over the ridiculousness of RybAxel as a team and Los Matadores as a gimmick, you realize that all the guys in this match can go. I’m expecting a strong showing from Cesaro, smelling an epic delivery of the Cesaro Swing. Maybe more friction between The Real Americans, and possibly even a split. With all that said, there’s no way the Usos drop the gold. They deserve a nice, long, dominate run in the tag team division.

The Royal Rumble was just three months ago, and already we’ve got another big time battle royal on the menu. But unlike the Rumble, this first-time ever event will feature all thirty men in the ring at once. So far, we know the following guys are in:

That’s 27 superstars by my count. The lastthree guys? Who knows. Could be either Rob Van Damn, Xavier Woods, Alexander Rusev, Wade Barrett, or even good ole Yoshi Tatsu. As for who’s gonna win, I’m still not really sure but will go out on a limb and say Sheamus. He’s got to be in line for a significant push soon and this would be the perfect way to start a climb back to the top. My backup pick is the clearcut favorite Big Show, who I’m having a tough time picking against anyway. 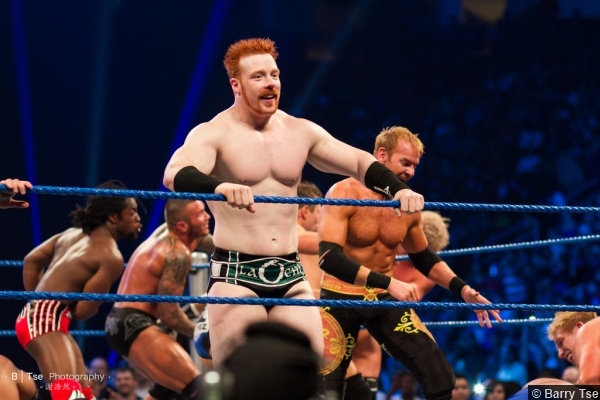 AJ vs. the World

I normally omit Diva segments in the Raw Recaps for the sake of not reliving the usual awfulness. No getting around this one. I respect the Divas but this one could easily be a disaster. Someone thought it would be a bright idea to put 14 glamor girls in the ring at once – Eva Marie and Rosa Mendes included. I can only hope it’s short in duration and sweet on the attire side. Being arguably the worst in the history of women champions, AJ owes it to sports entertainment to lose the title. I say she drops it to Naomi. 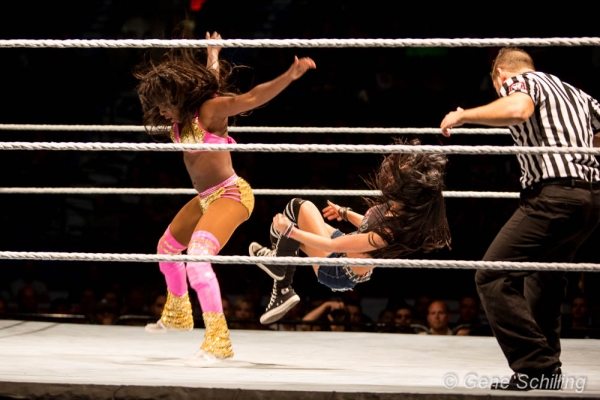 The Shield vs. Corporate Kane and the New Age Outlaws

See. This is one of those matches that doesn’t look all that great just glancing at the card. However, it has the potential to be one of the show stoppers. The Shield is Backstreet Boys ’97’ hot right about now so the crowd will surely be pumped. Rollins and Reigns will amaze. Dean Ambrose will do something overrated. The Outlaws will make taking a butt kicking look easy. Kane will do what Kane does, and that’s dominate in spurts. I once thought the Shield would be a triple threat match away from fully dissolving at this point, but lately they’ve looked stronger than ever. I see the Hounds winning and walking away as a unit, even if it’s overshadowed by more hints of a split.

I’ve had mixed emotions about this battle from day one. The notion of a Cena-Wyatt feud sounded good on paper, but I found myself getting bored with it at times. I’ll admit that the developments of the last two weeks or so have rekindled my interest and actually made this match one I’m now greatly anticipating. Even when I wasn’t that engaged in all the talking, I always saw this one having classic written all over it. If they get the time, then we should at least see a four-star outing. Cena’s backed up against a wall, but we all know that’s when he truly thrives. Don’t be surprised if Hogan limps out and helps him fend off the forces of evil en route to an epic victory. — then lines up for a post-match posedown. Cena FTW! 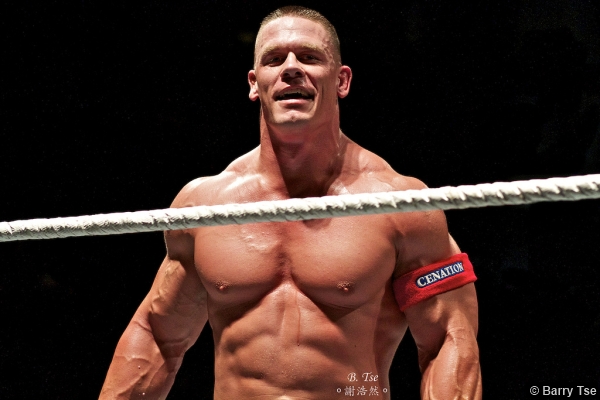 Last year’s match with Brock Lesnar was good. This year I predict that the Game will get back into the business of delivering classics on the grandest stage of them all. I don’t agree with the IWC on much, but I know this is one encounter we’ve all been anticipating since Summer Slam. Triple H has screwed Bryan at every turn, making it his business to keep old goat boy out of the title picture. Bryan of course, has manged to stick around the main event scene by being over at levels that make CM Punk weep in solitude. While I’m beyond wanting to see this angle wrapped up, I don’t see anything else topping this as match of the night. In this case, I have no doubts in going with the obvious choice – Daniel Bryan. 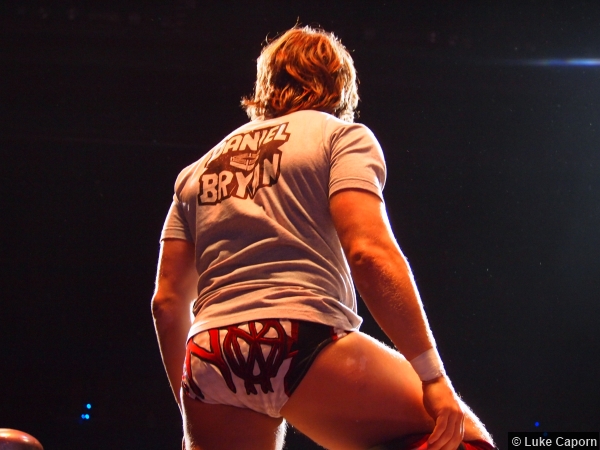 The Undertaker vs. Brock Lesnar

I was never a fan of this match. What would I have in place of it? Maybe Taker vs. Cena. Brock vs. Batista. Obviously, either of those matches would’ve called for some major shifting of storylines, so here we are. It’s hard not to love a good brawl, and that’s exactly what we’re gonna see here. Still haven’t heard anything about any special stipulations being added, though I see this one testing the rules. Three different referees might end up unconscious just so chairs can be introduced without someone getting disqualified. For me, the outcome has never been in doubt. The Deadman goes 22-0 and we start speculating who’s next. Should be a solid match. 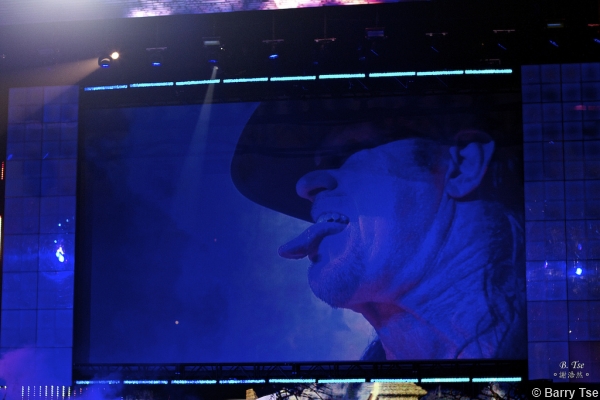 Randy Orton vs. Batista vs. Triple H or Daniel Bryan

Like I said before, I would’ve been cool with Orton and Batista, but this is gonna be much better. Who knows what type of shape he’ll be in by the time he gets there. Just know that Daniel Bryan will be competing for the WWE World Championship in the triple threat match. With that said, I’m expecting him to look more like John Cena. What do I mean? Well, Triple H is gonna put him through the type of hell that will make it difficult to compete with two fresh guys. Batista and Orton will double-team him, try to take him out of the equation. Daniel Bryan will appear down and out then somehow, he’ll harness the energy of the fans and pull out the win. Don’t know how it will set up, but I see him hitting the flying knee on Orton for the 1-2-3. Yep. I’m calling the finisher. 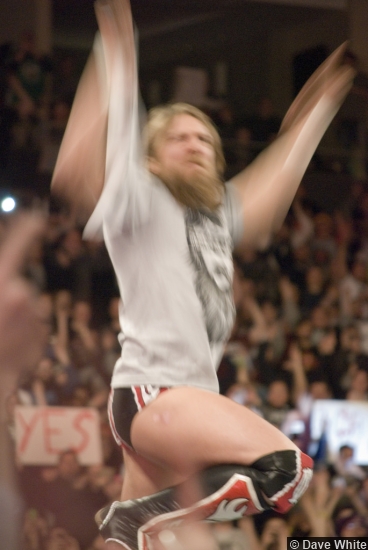 After running down the card and predictions, we may be in store for the most predictable Wrestlemania ever. I’m cool with that. I love being right, but I love a good show more than anything, and I’m expecting this one to be great!