WWE: Five possible feuds for Sting after he debuts

A lot of people are talking about Sting (Steve Borden) coming into WWE. Whenever that happens, it’s going to be a pretty big deal. While we’re not expecting Sting to be involved in many feuds during his time with the company (he is 55 at the time of writing), there’s no doubt that WWE can still squeeze one, two or even five blockbuster matches out of the WCW legend. Maybe he becomes the General Manager of Raw? Maybe he is simply there to be the face of WCW and push viewings of the WCW content up on the WWE Network, but one thing’s for sure, the Stinger can still go a bit longer. It would be awesome to see him slap the Scorpion Death Lock on any one of these guys, assuming he arrives sooner rather than later.

Man, this could be brilliant. Sting arrives in WWE and Bray almost immediately singles him out as a new target following on from his focus on John Cena. The Wyatt Family attacks one week and Sting retaliates from the rafters (if he’s still able…) the next. The promos would be incredible, with Wyatt and Sting trading cryptic barbs – Sting focusing on respect, and calling Wyatt a Sting fanboy, with Wyatt telling Sting to give up and die – while the Universe looks on in awe. Like we said above, Sting can still go, Wyatt is one of WWE’s best new workers on the mic and in the ring. For Sting, a victory over the incredibly over Bray would be a way to cement his status as a top face in the company, it would allow fans not too familiar with him to get acquainted quickly.

While this is very unlikely, as all rumours are pointing to Sting coming in as a face (and as Raw’s GM) to combat The Authority and help out guys like John Cena and Daniel Bryan. Vince McMahon was also rumoured to come back and help put the boots to the family power-trip. What if Vince brings Sting in? Kane is The Authority’s first line of defence; he starts taking everyone out, becoming the Big Red Monster once more. Sting’s reasons for joining Vince would be to bring justice to WWE and power back to the good guys. It would be great to see these two go against each other. Similarly to the aforementioned Bray, if nothing else, the promos between these two (Sting and Kane) would be absolute gold. 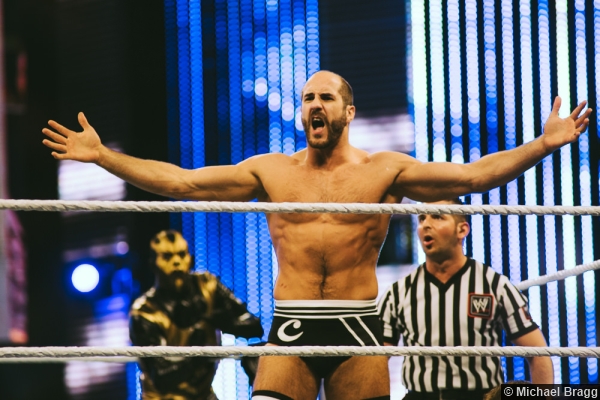 Why not Brock Lesnar? We all know that the beast incarnate is a part-timer in WWE, so it’s likely we won’t see him wrestle for a while, maybe once or twice for the rest of 2014.  So, picture this for a second, a few weeks down the line from now (we’re in April), Paul Heyman is mouthing off about Lesnar beating The Streak at Wrestlemania, Sting’s music hits and Borden comes down to the ring and gets in Heyman’s face. Sting talks about how much he respects The Undertaker’s legacy (indeed, this whole feud could lead up to a Wrestlemania match with The Deadman for Sting) and how Heyman shouldn’t be in the WWE, or how ECW was garbage – something along those lines. Cue the up-and-coming (and new “Paul Heyman guy”) Cesaro taking exception, and thus a feud begins that would give Sting in-ring time with one of the best wrestlers around at the minute, and it would almost certainly launch Cesaro as a main event player. It would be most interesting to see how the WWE would book this one, and who would come out on top. This writer would suggest Sting if only to launch him into the much anticipated (and almost dead certain) Wrestlemania match with Undertaker. 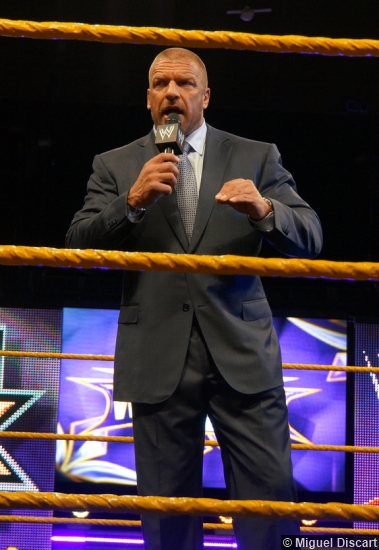 Another far-fetched one for you! The Game is on a power-trip, and it doesn’t show any signs of slowing up. The Shield are set to feud with the newly reformed Evolution over the coming weeks, but with the break-up of the former imminent (yes, it’s still supposed to be happening), one wonders how long that will last, or whether The Shield can win. What’s next for Triple H after battling with The Shield? A match with Sting could be on the cards, pun intended. How will it work? Simply enough, Sting comes in (as the new Raw General Manager) infuriated at Triple H for how he has handled the running of WWE since he took over, and how he has disrespected the talents of each and every star in the locker-room. Triple H accuses Sting of just waltzing in and trying to steal the spotlight; cue a feud (and a battle for power) where Sting is backed by the superstars, while Triple H is backed by Evolution. Sting triumphs (barely) possibly dissolving Evolution in the process. 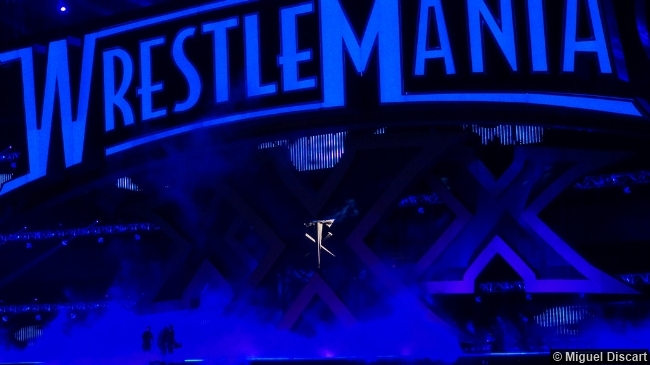 This is almost certain to happen, and if any of the others on this list happened at next year’s Mania in place of Sting versus Taker, I’d be more than a little gutted. How’s it going to play out? None of us really know yet. It’s got to be done classically. It’ll be a respect thing. Sting is going to come in and talk about respect, respect for legends and guys like Daniel Bryan, Ultimate Warrior and The Undertaker. He’s going to talk about the one guy he’d like to face, The Deadman. Undertaker will grant Sting the match out of respect and a desire to do something great “one more time”. Put simply, it’s going to be one for the fans, with quality promos and a decent match at the end, with Taker probably grabbing the win in what many are considering will be his last competitive match with WWE.

While you wait, here’s a classic Sting match for you to enjoy…