Bret Hart Expects Owen Hart To Be Inducted Next Year 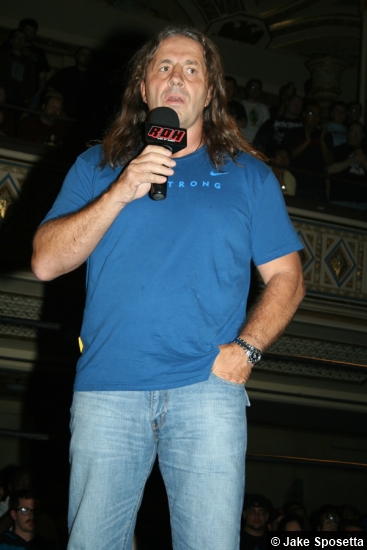 During a Q&A session in Manchester, England at The Comedy Store this past weekend, WWE Hall of Famer Bret “The Hitman” Hart was asked about the likelihood that his late brother, Owen Hart, would ever be inducted into the WWE Hall of Fame. Surprisingly, Bret said that he believes that next year will finally be the year that Owen gets inducted. Bret also addressed comments made by Owen’s widow, Martha, who has been the one person keeping Owen out of the Hall of Fame for all these years as Martha Hart has gone on record as saying that Owen hated wrestling and the life that went along with it. Bret says that it is a complete lie, saying that, even though Owen complained from time-to-time, he loved the wrestling business and it’s a shame that Owen’s kids did not get to see Owen at his best, but Martha’s grudge against the WWE isn’t helping things.

Do you think Owen Hart will be inducted? Post your comments in the box below.