Ahmed Johnson became the first African American to win a singles title in WWE.  The 48-year-old from Houston, Texas worked with the likes of Shawn Michaels and The Undertaker during his tenure in the WWF. Johnson also had a spell in WCW teaming up with long time friend Stevie Ray to form Harlem Heat 2000.

We caught up with Johnson to talk about racism in WWE, the infamous Goldust kiss, why he doesn’t watch wrestling any more plus lots more. 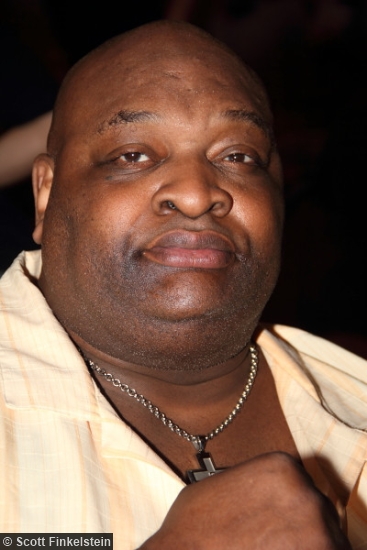 I started off playing American Football, and that was my dream, that is what I wanted to do and what I enjoyed doing. However, I had an accident that crushed my shoulder pretty bad so that kind of ended my football career.

Ivan Putski’s then opened a wrestling school down here in Houston, and myself, Stevie Ray and Booker T all went to his school. Wrestling for me, it was very unusual, it was scary because I was used to playing team sports then when I switched over to professional wrestling you are by yourself and it was totally different to anything that I had experienced before.

Where you a fan of wrestling growing up and who were some of the wrestlers you enjoyed watching?

I was a fan a little bit, I enjoyed watching the tag team of, Dick The Bruiser and Crusher, I also enjoyed watching guys like Hercules. I wasn’t a massive fan but I did have certain guys that I liked.

What was it like making your WWF debut in 1995?

It was fun, but there was a lot of jealousy, a lot of guys were jealous because I was a big man, I could do a lot of high flying stuff like they could but they were little. It was rough getting in there and getting started.

You became the first African American to win a singles championship in the WWF by becoming Intercontinental Champion, what was that like?

That was a great achievement becoming the first African American Intercontinental Champion in history. That was a great honour but it was short-lived and it quickly became disgraced, someone had scratched some racial words, ‘Congratulation Ni**er’, into my car and the treatment I got was pretty bad. I hadn’t experienced any racism in wrestling until I made it to the big leagues, the WWF.

I think there is still a lot of racism there now and it is there big time. At least when I was there I stood up against it and none of the black guys there before me had ever done that, no one had ever stood up against the machine because they were always scared to.

When I was part of the Nation of Domination, I stood up and confronted Vince [McMahon] about having a black champion on national television and he didn’t like that and that was the beginning of the end of our relationship. 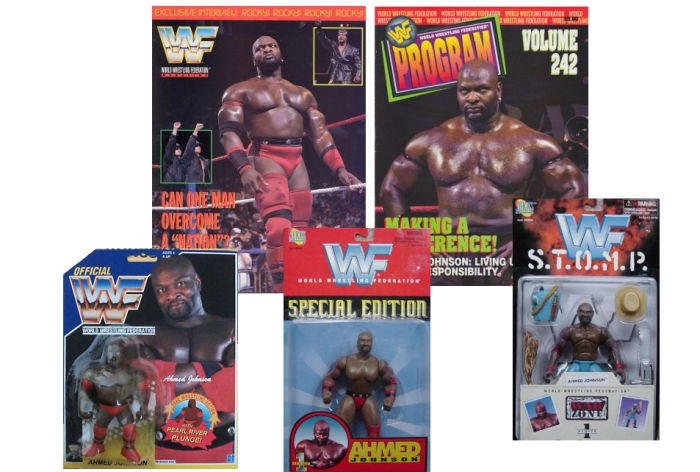 What have you made of Booker T, Mark Henry, and Big E. Langston winning titles in WWE?

If I didn’t carry the title that well there would be no Booker T, Mark Henry, Bobby Lashley or Big E. Langston, none of them would exist, so all of them guys held the title after me. Becoming the first black Intercontinental champion, it did some good, it did a lot of good, it changed the outlook of professional wrestling.

Were you surprised there wasn’t ever a black singles champion before you held the title?

Yeah, I was very surprised, I’ve spoken to a few of the old-timers, I spoke to Earnie Ladd and Junkyard Dog before they passed away and they thanked me for getting that title and carrying it the way I did.

What is your story of the infamous incident when Goldust kissed you on Raw?

I didn’t know what to do, to be honest with you, I was lost, I didn’t expect that from another grown man, I didn’t expect that to happen at all. When it happened I was like, what the hell is going on, I knew it was live TV so I knew I had to play my role because if I was to chuck up and beat the hell out of him then people would have been like, what is going on. I played my role but I was pissed, there is a limit to a joke and you kiss another grown man that crosses the line.

Goldust and I went over the incident again and again during the pre-tape. I told him not to put his lips on mine and to put his hand over my mouth as the camera wouldn’t be that close and people wouldn’t know. So I was lying there and the part was coming up and I feel his mother f**king lips.

He tried his best to explain himself, but I wasn’t taking any of it, there is no excuse for what he did. Goldust was AC/DC anyway, he liked guys and girls, I didn’t have a problem that he was bisexual but at the same time it pissed me off and I didn’t expect that from him.

You also worked with the likes of The Undertaker and Shawn Michaels, what was that like?

The Undertaker was alright, he seemed to be a pretty cool guy and was great to work with. As far as Shawn Michaels goes he was one of the people that I believe was jealous and very racist, I don’t know what he is like now but he claims to have found the lord and has changed his life, but back then he called me to his office, he had a little office in Vince’s office, and he told me I had to stop doing all the high flying stuff that I was doing.

When I first began in WWE, I used to dive over the top rope and do moonsaults, and for a man that weighed 340lbs, that was incredible. Shawn didn’t like me doing any of that and told me those moves were for the little guys and it was taking away from what he did in the ring, so right off the bat, he tried to put a stumbling block in my way.

What was it like working with Stevie Ray in WCW as part of Harlem Heat 2000?

After I left WWE I was kind of done with professional wrestling and I didn’t want to do it anymore, I was just enjoying myself sat at home playing Playstation. Then I got a call from Stevie Ray saying that he really wanted me to come to WCW to tag with him because him and Booker T had a real falling out.

Stevie Ray was like a brother to me and I kept saying no to him but he kept on calling and asking and I couldn’t keep telling my best friend no. I eventually ended up going to WCW but I was so ashamed.

How would you compare your two bosses, Vince McMahon and Eric Bischoff?

The god honest truth is WCW had the best talent with the exception of a few people like, The Rock and Shawn Michaels and they could have gone to WCW. WCW had a very good and tough talent pool, whereas WWF had a more sissy, crybaby type of talent pool.

However the WWF treated their guys better, and Vince was a better boss, so if you could have taken the guys from WCW and put them in the WWF you would have had one hell of a wrestling organisation. I preferred working with the guys from WCW because they were tough but I would rather work for Vince over Eric.

Do you watch much wrestling today from WWE or TNA?

I don’t watch wrestling at all these days, to be honest with you, I tried to watch some wrestling about a year ago but after watching it about three times I found it so boring and it turned me off.