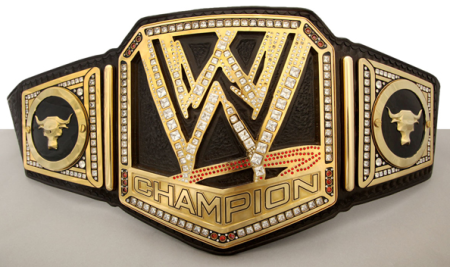 The inaugural edition of WWE Payback will come to you, live on pay-per-view, on June 16 from the Allstate Arena in Chicago, IL. As announced on RAW, the WWE Title match will now be a Three Stages of Hell Match. Also on RAW, CM Punk’s return to the ring was officially announced for Payback in Punk’s hometown. Here is the updated card for the event:

In the Three Stages of Hell Match for the WWE Championship, the first Superstar to win two of the three falls in the match will be declared the winner. The first stage of the match will be a Lumberjack Match, where a number of WWE Superstars will surround the ring and, when a competitor goes to the outside, their job is to put the competitor back into the ring. The match can end via pinfall, submission, or disqualification with no count-outs. The second stage of the match will be a Tables Match, where the only way to win is to put your opponent through a table. There will be no pinfalls, no submissions, no disqualifications, and no count-outs. If each Superstar is tied at one fall a piece, then the match will go to a third and final fall, which will be an Ambulance Match, where the only way to win is by loading your opponent into a waiting ambulance and successfully closing both doors. Whoever is the first man to win two falls in the match will win the match and leave as the WWE Champion.

What do you think of the changes made to the Payback card? Post your comments in the box below.