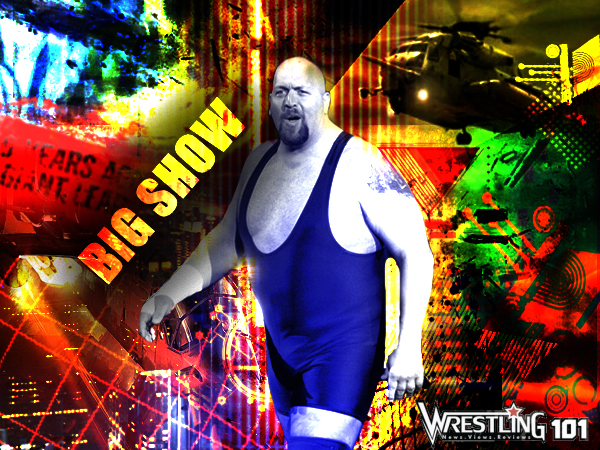 Sixteen nights before WrestleMania, the 709th edition of WWE Friday Night SmackDown came to you from the U.S. Bank Arena in Cincinnati, OH. In a rematch from last week’s epic matchup, the #1 Contender for the World Heavyweight Title at WrestleMania 29, “The Real American” Jack Swagger would go one-on-one with six-time former World Champion “Y2J” Chris Jericho, but after Swagger broke the ankle of Ricardo Rodriguez on RAW, how will World Heavyweight Champion Alberto Del Rio respond to Swagger’s actions?

SmackDown kicks off with Miz TV as The Miz introduces his guests, “The Celtic Warrior” Sheamus & “The Viper” Randy Orton. The Miz wastes no time in asking the burning question as to whom Orton & Sheamus will select as their tag team partner for the 6-Man Tag Match against The Shield at WrestleMania. Orton says that his pick for a partner is the same man who saved them from being destroyed by The Shield on RAW, Big Show. However, Sheamus does not share Orton’s view, saying that he does not “trust” Big Show with Orton admitting that he does not trust Big Show either, but, then again, he does not trust anybody. Orton continues saying that, sometimes, you have got to do what it takes to “survive”, saying that Big Show needs them just as much as they need him. Orton then says that, at WrestleMania, he wants that big, angry giant on their side. The Miz then brings out the man in the middle of it all as “The World’s Largest Athlete” Big Show makes his way to the ring. Big Show tells Sheamus & Orton that they do not have to like each other, but, if they work together, no one can stop them, not even The Shield. Sheamus then says that he and Big Show have been to war and, while Big Show has been one of his toughest opponents, but Big Show is also the most “devious”, saying that he cannot trust Big Show to not leave them high and dry. Sheamus and Big Show then get in each other’s faces and Orton tries to break it up. Sheamus claims that there is no way that they can work together before SmackDown General Manager and 2013 Hall of Fame Inductee Booker T interrupts, saying that they will see if Big Show, Orton, & Sheamus can co-exist as the trio will compete in a 6-Man Tag Match later tonight!

Backstage, things get heated in the Booker T administration as Senior Advisor Theodore Long asks Booker T is the GM is proud of him for taking it upon himself to consult with RAW Managing Supervisor Vickie Guerrero to make the match between Ryback and Mark Henry at WrestleMania. However, Booker tells Long that Long works “for” him, but the Senior Advisor argues that he thought that he was working “with” the GM.

Sixteen nights before he teams with his bodyguard, Big E. Langston, to challenge Team Hell No for the WWE Tag Team Titles at WrestleMania, “Mr. Money-in-the-Bank” Dolph Ziggler, with Big E. Langston at ringside and AJ Lee a guest on commentary, went one-on-one with Kofi Kingston on SmackDown. During the match, Kofi Kingston would look to land a dive on Dolph Ziggler on the outside, but Big E. Langston would step in between the two and, after Langston helps Dolph to his feet, Kofi dives onto Langston, taking Big E. out of the equation. However, this would allow Ziggler to catch Kofi with the Fame Asser on the outside of the ring and, after rolling Kofi back into the ring, Dolph would hit the Zig Zag on Kofi en route to picking up the win. After the match, Big E. Langston would get his hands on Kofi Kingston, laying Kofi out with the Big Ending.

After breaking the ankle of Ricardo Rodriguez on RAW, the #1 Contender for the World Heavyweight Title at WrestleMania, “The Real American” Jack Swagger, with Zeb Colter in his corner, went one-on-one with six-time World Champion “Y2J” Chris Jericho in a rematch from last week’s SmackDown. In the middle of the match, Chris Jericho would knock Jack Swagger to the floor with a springboard dropkick, but Fandango would, literally, dance his way to ringside in an attempt to cost Chris Jericho the match. However, the attempt would ultimately fail and Jericho would regain the advantage, but a little later on in the match, Zeb Colter would distract the referee. With the referee distracted, Jericho would go for the Lionsault, but when Jericho hits the ropes, Fandango delivers a kick to Jericho’s skull! Swagger then hits the Swagger Splash on Jericho en route to picking up the win. After the match, we would see Fandango get physically involved with a Superstar for the first time ever as Fandango pummels Y2J before landing a leg drop off of the top rope on Jericho before grabbing a microphone and telling Jericho that his name is “Fawn-dawn-go”!

Team Rhodes Scholars was in action on SmackDown as Cody Rhodes & Damien Sandow, with The Bella Twins in their corner, faced “The Funkasaurus” Brodus Clay & “Sweet T” Tensai, with The Funkadactyls in their corner. During the match, a brawl would break out between The Bella Twins and The Funkadactyls on the outside of the ring, leading to a brawl between the two teams in the match before the Divas and the two tag teams are finally separated.

With Intercontinental Champion Wade Barrett a guest on commentary, “The Awesome One” The Miz would go one-on-one with United States Champion Antonio Cesaro in a non-title match. In the end, it was The Miz locking in the Figure-Four Leg Lock on Antonio Cesaro, making the United States Champion tap out to pick up the win. After the match, The Miz would send a message to Wade Barrett by locking in the Figure-Four Leg Lock on Cesaro for a second time!

In a ‘test’ of sorts to see if they could co-exist as a team against The Shield, “The Viper” Randy Orton & “The Celtic Warrior” Sheamus would team with “The World’s Largest Athlete” Big Show to face all three members of 3MB, Heath Slater, Jinder Mahal, & Drew McIntyre, in a 6-Man Tag Match. Upon entering the match, Big Show would dominate the match, taking out Jinder Mahal and knocking out Drew McIntyre, but Sheamus would tag himself into the match, hitting the Brogue Kick on Jinder Mahal to steal the victory away from Big Show! This would spark an argument between the potential teammates after the match, but The Shield would then arrive on the scene as Dean Ambrose, Seth Rollins, & Roman Reigns make their way to the ring. In the meantime, however, things break down between Big Show, Sheamus, & Randy Orton as Big Show and Sheamus are ready to come to blows in the corner and, when Orton tries to break it up, Big Show shoves Orton down. Despite this, Orton, Sheamus, & Big Show would collect themselves and stand tall in the ring together, waiting for The Shield to make the first move, but again, The Shield would back down from the trio standing in the ring, making their exit through the crowd as Orton, Sheamus, & Big Show stand ready to fight.