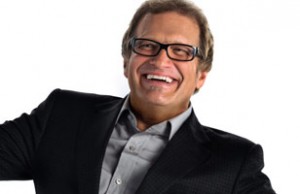 The following is from WWE.com:

WWE is proud to announce the newest member of the 2011 WWE Hall of Fame — comedian and game show host Drew Carey. The WWE Hall of Fame induction ceremony presented by THQ’s “WWE All Stars” will take place at the Phillips Arena on Saturday, April 2 and the one-hour TV special will air Monday, April 4 at 8/7c on USA Network.

Drew Carey is the latest member of the celebrity wing of the WWE Hall of Fame, joining the likes of Pete Rose, Bob Uecker and William “Refrigerator” Perry. Other members of the 2011 WWE Hall of Fame Class include “The Heartbreak Kid” Shawn Michaels, “Hacksaw” Jim Duggan, “Bullet” Bob Armstrong and the original WWE Diva, Sunny.

Carey established his place in WWE history as a surprise entrant in the 2001 Royal Rumble. However, Carey’s fortunes quickly turned, when the massive WWE Superstar Kane entered the ring, prompting Carey to eliminate himself from the match.

Carey, a former United States Marine Reservist, is the host of “The Price Is Right” and star of “The Drew Carey Show” and “Whose Line Is It Anyway?”. Carey will lead a cast of improvisation all-stars, including Ryan Styles, Colin Mochrie, Greg Proops, Brad Sherwood and Kathy Kinney, in the new series “Drew Carey’s Improv-A-Ganza,” which premieres April 11 at 8 pm ET/PT on GSN. Each episode will showcase a half-hour of improvised sketch comedy complete with audience participation.

What do you think of Drew Carey being inducted into the 2011 WWE Hall of Fame? Post your comments in the box below.