REVIEW: The Invitation is a horror movie you should decline

The Invitation is a movie with a runtime of one hour and forty-five minutes. There’s a moment that comes, at about the one hour and thirty-minute mark, where (!mild spoilers to a bad movie so don’t feel bad!) an innocent maid gets her throat slit so the weird, cultish family of monsters can consume her flesh and blood. At that moment, one of the people sitting around the lavish dinner table sleepily says:

And all I could think was:

My biggest problem with The Invitation is that it drops so many hints as to what its big twist is, especially if you have a passing knowledge of Dracula, that you’re left to sit there, twiddling your thumbs, waiting for the main character to figure it out. There are few things more frustrating in a movie with some kind of a mystery element than when the audience figures out the mystery before the main character, and we have to sit there and wait for them to finally come around to where we were thirty minutes ago.

The other big problem with the movie is that the main character doesn’t take thirty more minutes than the audience to figure it out; she takes AN HOUR AND A HALF!

Sure, it’s very likely that many people will not be aficionados or even possess a causal familiarity with Bram Stoker’s work. In that case, they will be completely oblivious to something like New “Carfax Abbey” but even then, even if you don’t have that one missing piece that lets you know what KIND of monster we’re dealing with, it’s obvious from the first act that there is some kind of a monster and that the people in the house are not only aware of it but are fine with it. The only one who doesn’t know is the heroine, and so we’re forced to spend 90 minutes while she goes through the cliched tropes of a romantic story, without any charm, humor, or twists on those conventions to keep us entertained along the way. 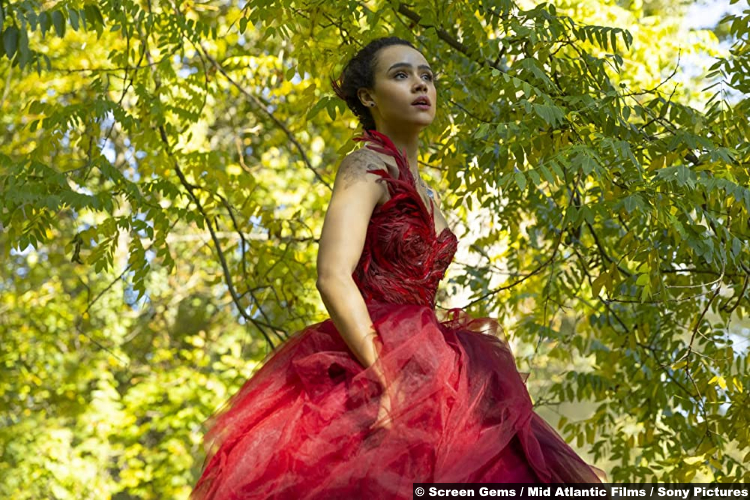 By the time the big reveal happens — surprise, it’s Dracula and a house full of vampires! — the audience who knows the source material probably has long since checked out, and the audience who didn’t know probably gave up caring long ago. I’m not even going to get into every single aspect of this movie’s marketing, as everything from the trailer to the poster all but screams “Dracula movie!” thus negating the need for an hour-and-a-half mystery and hurting the film every minute of its runtime.

Basically, nothing about this movie works on any level. It fails as a romp, as it has absolutely no fun with its premise. It fails as a horror, as it has absolutely no effective scares of any kind. It tries, yes: There are maybe four or five scenes intended to serve as traditional “jump scare” set pieces, but it’s all so sterile, so bland, and so predictable, right down to the music cues, that you simply can’t be scared of anything. It fails as a mystery, for reasons already stated. It fails as suspense, which is the one genre of movie where you’re supposed to let the audience in on the secret before the main character knows. It doesn’t work here, however, because the movie technically tries to keep the secret from the audience. It doesn’t show us the bomb under the table, and then leave us to squirm while the characters enjoy their brunch. No, it keeps the bomb hidden, but gives us enough unsubtle hints that everyone figures out “oh there’s a bomb under the table” before the end of the first act, and then makes us sit there through the dreadfully long and boring second act, and most of a third act too, before finally saying “surprise! there’s a bomb!” 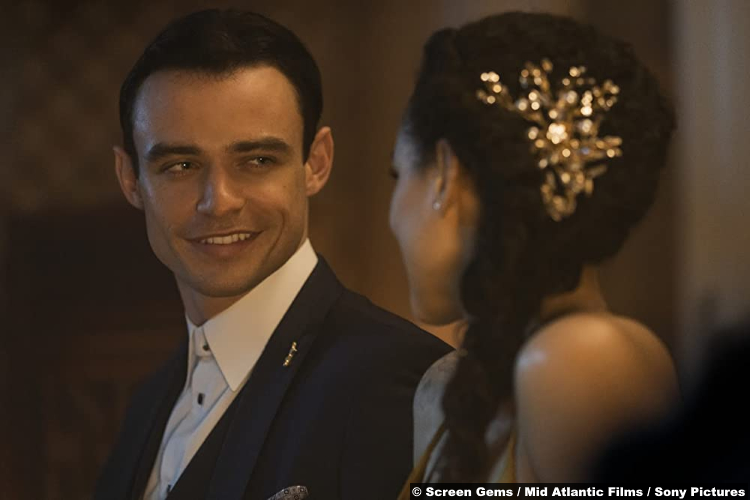 If I have any praise, it is for the film’s primary setting, an old English manor. There’s a nice atmosphere to the house. It’s effectively portrayed on screen, and for a movie with a very small budget (ten million), it looked better than it had any right to. Also, there were isolated little ideas that could have been fleshed out into a better movie, such as the idea that the main character is invited to a wedding without realizing that she is the bride-to-be, and that her romantic time is really just a slow-developing ruse to get her to agree to the marriage. The whole thing falls apart, though, when you think about it too closely (did they expect her to be genuinely wooed by Dracula and then get to the wedding, where she was supposed to start sucking on his arm, and just…roll with it?), but the core idea isn’t bad.

That’s about all the praise I have to offer, though.

Just about everything else was, at best boring, and at worst embarrassing. Especially bad were the prosthetic vampire teeth that reared their ugly heads in the final few minutes. I grew up on Buffy the Vampire Slayer so I’m used to the lisp that comes with wearing such prosthetics, but in a movie like this, surely it wouldn’t break the bank too much to just CGI those things, so that the actors/actresses can speak like normal people and not like your weird coworker at an office Halloween party.

3/10 – The Invitation is an unfun, unthrilling, unscary, slog of a wannabe horror film. It drags on far too long before getting to the good stuff, and then disappoints with a single quarter-hour of not-very-good good stuff to boot. Hard Pass.