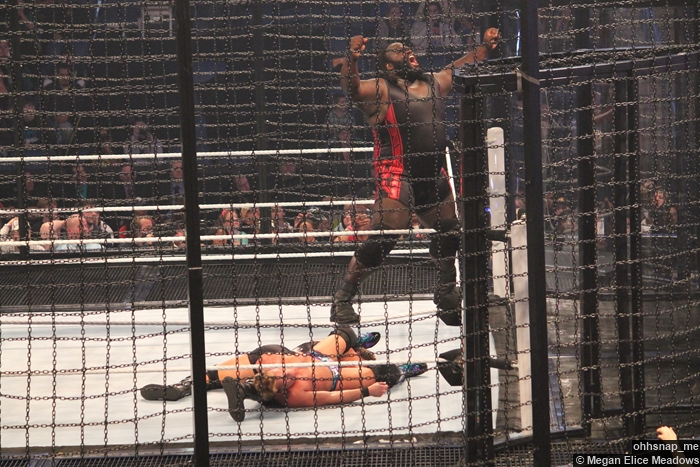 WWE made the huge and unexpected announcement this past Monday night on RAW that, in addition to WWE Payback this Sunday, May 17, WWE will be hosting a second pay-per-view in the month of May as the Elimination Chamber event will return exclusively on the WWE Network on May 31 from the American Bank Center in Corpus Christi, TX. WWE.com has followed this up by announcing that two championships will be decided inside the Elimination Chamber structure, including the now vacant Intercontinental Championship. In addition, the WWE World Heavyweight Championship will be on the line and current United States Champion John Cena will be in action. Here is the current card for WWE Elimination Chamber:

What do you think of WWE adding a second pay-per-view for May? Post your comments in the box below.